Watch out, Google is shipping out to Boston! The company’s same day delivery service Google Shopping Express is set to launch next week.

UPDATE: After this post went live, my source and all other Google Express Shopping employees were emailed the memo below, further proving the legitimacy of this story: 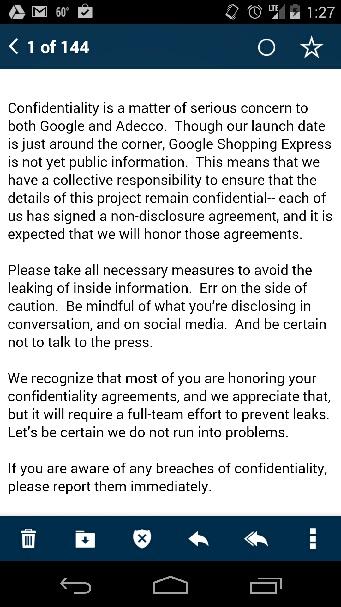 There seems to a legion of same day delivery apps and services out there, a large number of them shipping out to Boston. For the average consumer, it can be hard to keep track of all them. There’s a new player in town, however, looking to take over the market. You might of heard of them: Google.

They already deliver your search results, emails, and calendar invites; why not something from your local department or grocery store? 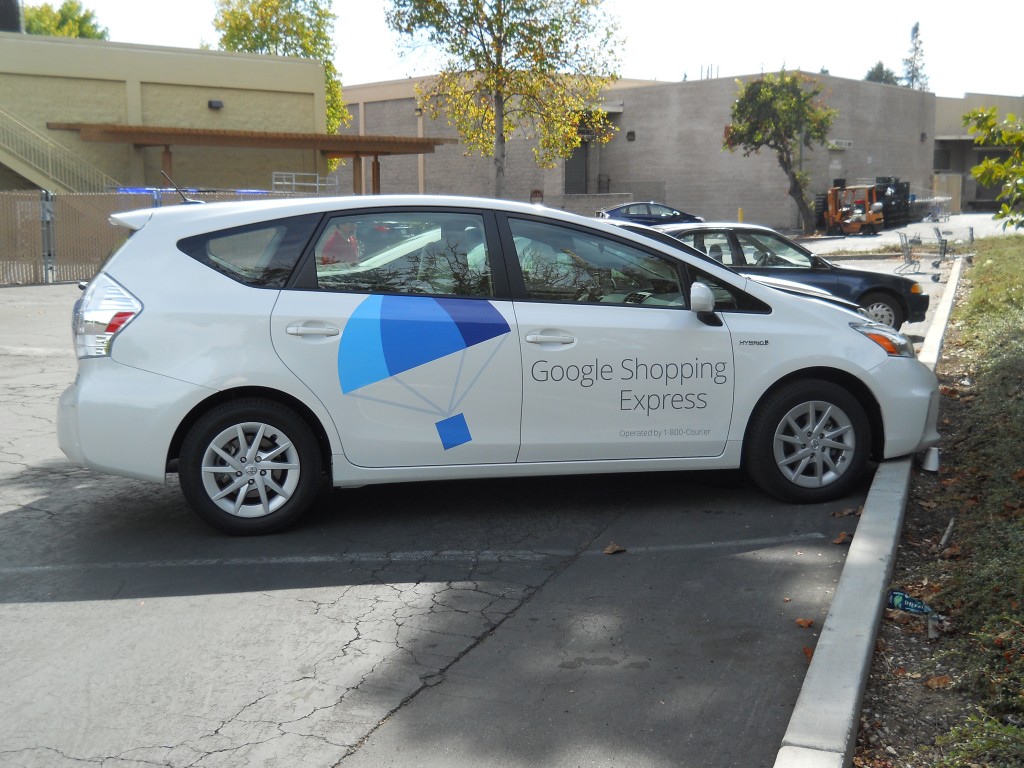 The company has been testing out a same-day delivery service here in Boston for the past couple of months, and rumor has it, they plan on rolling it out publicly sometime within the next week. This is according to someone directly involved with the project, who spoke on the condition of anonymity because they were not authorized to discuss the project.

When I reached out to Google, a Google Spokesperson issued KnowTechie this statement:

“It’s no secret that we’re looking forward to bringing Google Shopping Express to more consumers and more cities, but we have nothing to announce at this time.”

According to my source, Google Shopping Express was originally planned to launch in September, but in what seems to be the norm these days, the company pushed the launch back. He further added that a company meeting was held on October 3rd to inform the Google Shopping Express team of the launch next week. “I’m 100% sure they’ll be launching next week, they’re even providing us with the uniforms in a couple of days!” my source excitingly told me in an interview.

Google currently has roughly 60 store operators on staff, who are all contracted by a staffing agency, Adecco. My source informed me that they are currently recruiting more for the launch.

Here’s what we know:

Say you want to buy something from Stop & Shop but you’re too busy to leave the house. All you have to do is pull out your phone and load up the Google Shopping Express app. With a few swipes you can order milk and Lucky Charms to be delivered to your front door within a 3-4 hour window. 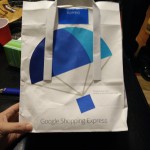 This is one of Google’s Express Shopping packages. 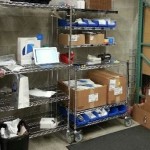 One of the fulfillment stations found in partnering Google Express Shopping store. 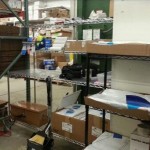