Flippy! You got oil in the burgers again!

A fast-food joint in Pasadena, California has a robot operating the grill. CaliBurger has their robot employee, Flippy, grill patties, and he can grill up to 150 patties an hour!  Flippy is much faster compared to human workers, and they also require a paycheck, lunch breaks, and bathroom breaks. Why are humans so high maintenance?!

Flippy is built out of a six-axis robotic arm that is bolted to the kitchen floor, and the machine works during the lunchtime shift at CaliBurger’s Pasadena location. Flippy receives orders through a digital ticket system, and a human places the number of burger patties that the order calls for monitors the patty throughout it’s grilling process and removes them when they are fully cooked. Flippy detects raw meat being placed on the grill with thermal and regular vision through cameras.

Flippy was designed by technicians at Miso Robotics. Even though Flippy still requires a human to operate him, the technology could be a threat to the 3.7 million Americans who are employed in the fast food industry. For example, around 80% of those employees in the manufacturing field lost their job and were replaced by new technology. Some experts are expecting that the use of robotics and new technology will continue to spread into other industries and fields. 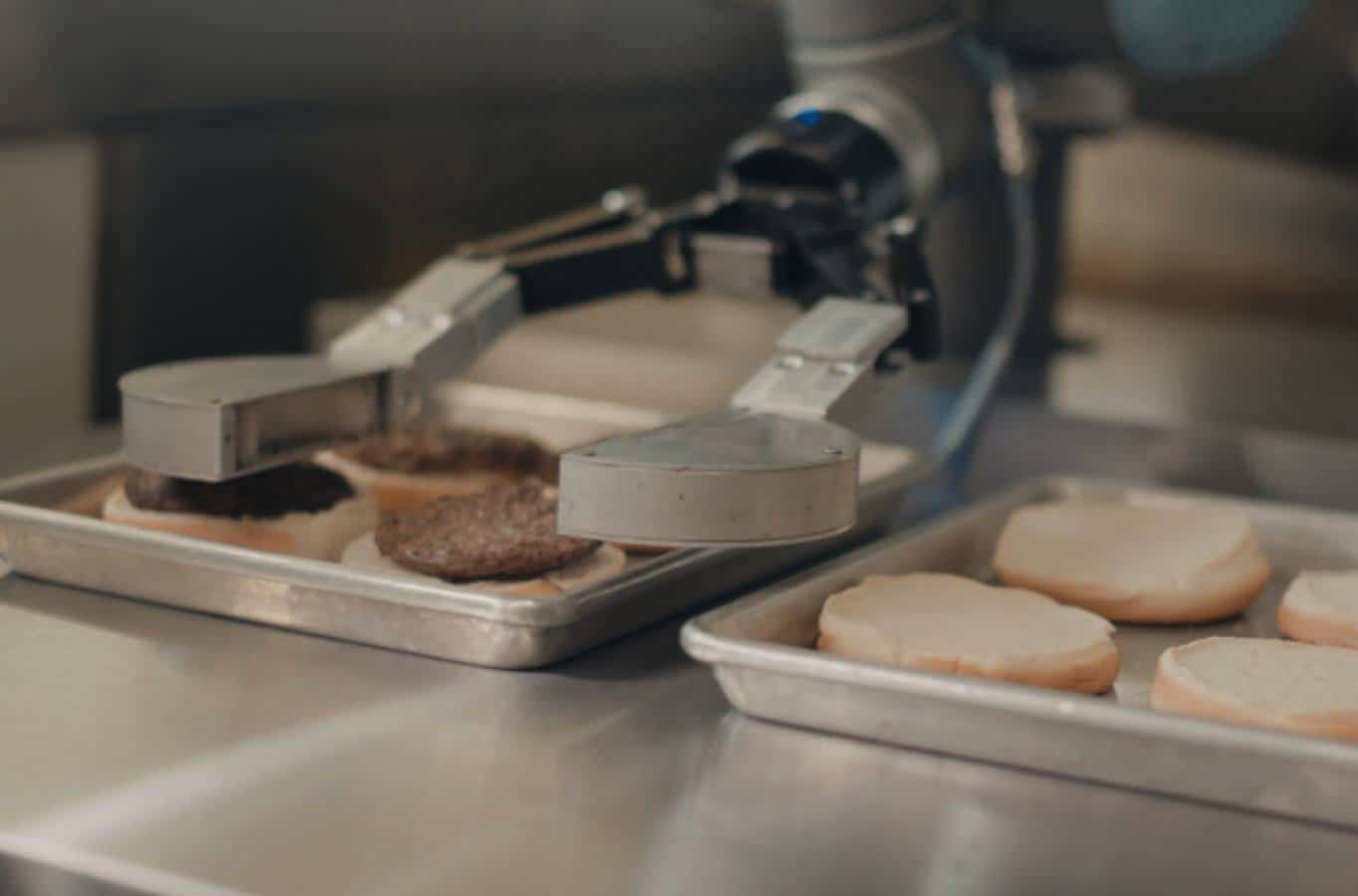 David Zito, the CEO, and co-founder of Miso Robotics see this in a different light:

“Food is inherently social, so there will always be a place for people working in the restaurant industry — from creating the menu to interacting with customers to delivering food. This is why we developed Flippy. It will serve as an extra hand to assist kitchen staff, not replace them,” he told Business Insider.

A lot of fast food chains are looking to further productivity on the line, and are contemplating robotics as a solution. The San Fransisco vegetarian restaurant Eatsa automated orders and the pick-up process. You can also see some McDonalds and Panera locations with touch-pads instead of human cashiers.

KTLA reports that the Flippy has a beginning price tag of $60,000 to other fast-food companies within the next six months. Paying a minimum wage worker seems a lot easier and beneficial, but robots could cut down on time and order mistakes over time.

What do you think about the Flippy? Do you think that fast food restaurants could benefit off of these robots in the kitchen? Are robots invading the workforce a bad sign? Let us know!