How quantum dots enhance the color spectrum in LCD displays

LCDs might be one of the oldest display technologies around, but going quantum has them painting a whole new picture 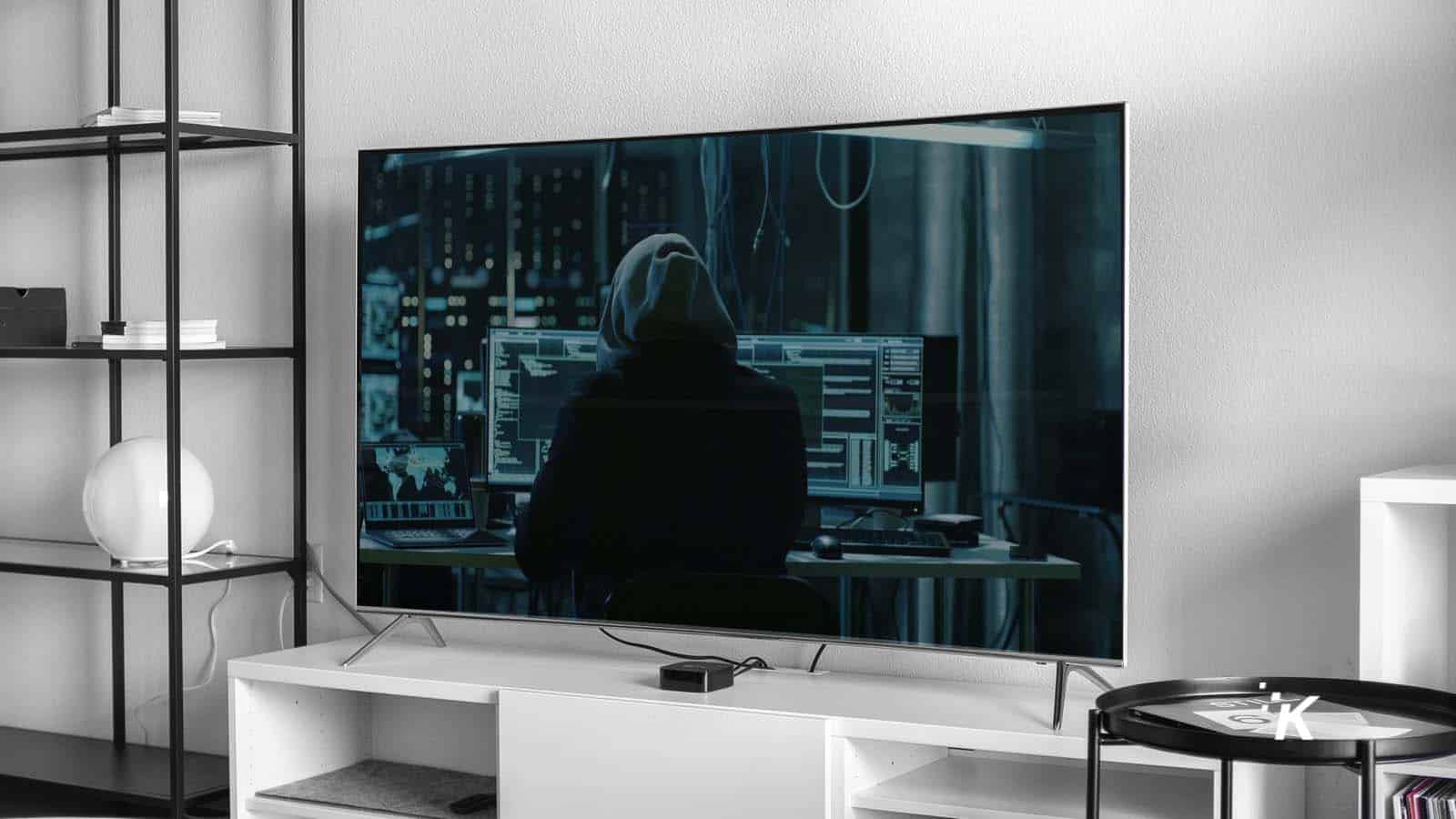 Like most decades-old technologies, liquid-crystal displays (LCDs) had a fairly unglamorous start. The first LCDs to emerge, around the late 1960s, were in charge of broadcasting individual numerals on digital watches and pocket calculators. It would take almost 20 years for engineers to transform LCDs from one-dimensional arrays into two-dimensional, active-matrix displays. And it would take another dozen to realize the dream of the first LCD manufacturers: a wall-mountable display that could rival the cathode-ray tube television.

Since then, the LCD has been steadily refined to generate increasingly crisper, brighter, and overall more pleasing images. While different companies have put their own twist on how LCDs look and operate, the principles are largely the same across the board.

A panel of white LEDs serves as the light source for image generation. This light contains a broad spectrum of wavelengths, including all colors in the visible and near-infrared ranges (Figure 1(a)). Each pixel within an LCD contains three color filters that allow red, blue, or green light through to the viewer’s eye. When these subpixels allow all of the LED backlights through, the full pixel appears white. When the subpixels block all of the backlights, the pixel appears black. The trick to generating different colors is modulating the intensity of light that each subpixel allows to pass through.

That’s where the liquid crystals come in. 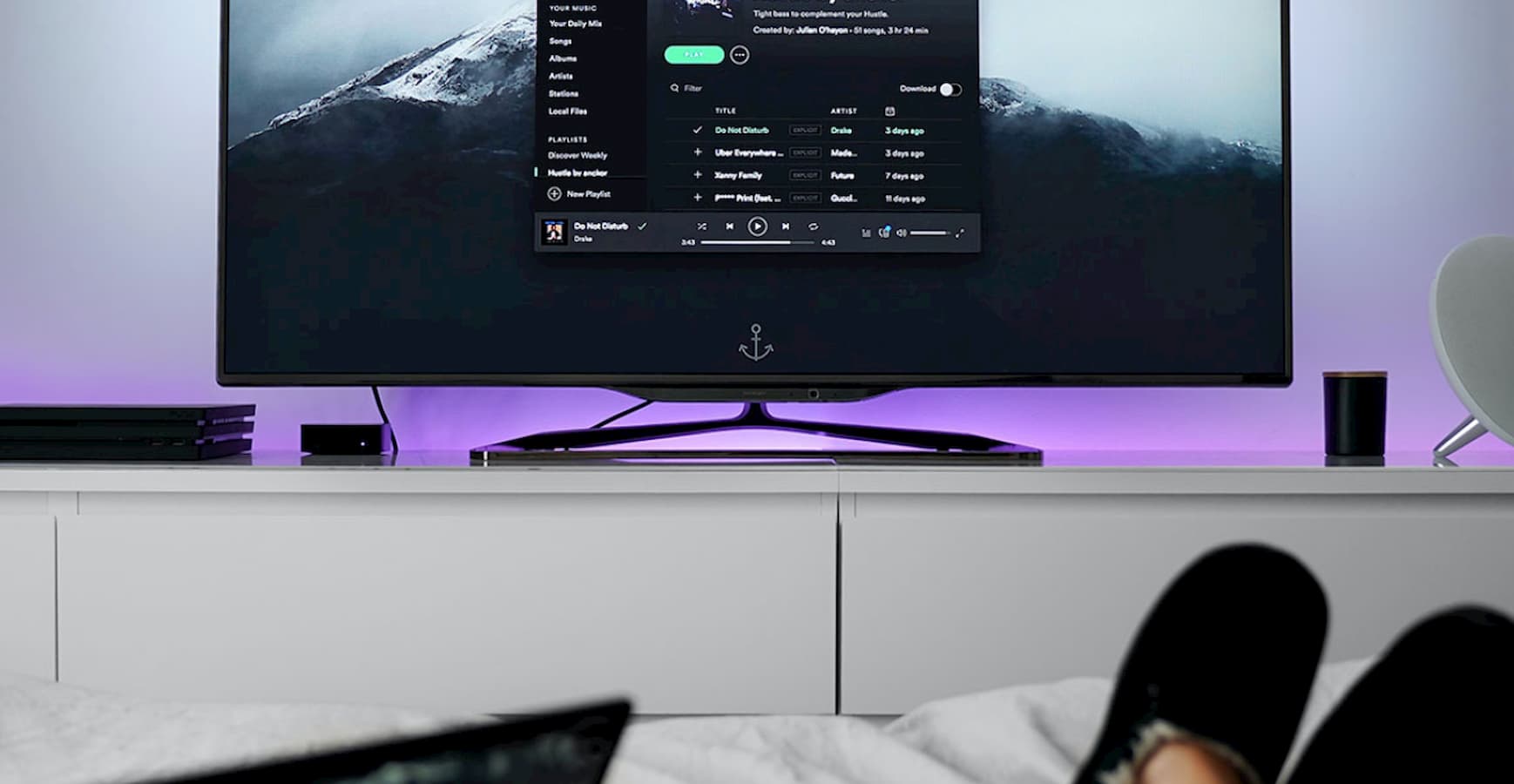 Liquid crystals are, quite literally, a substance made up of crystals that collectively behave as a liquid. Imagine each crystal as a tiny grain of rice. Spreading these grains into a thin layer will have some grains oriented vertically, some oriented horizontally, and all others oriented along some angle in between. This, it turns out, makes for a great light filter.

Sandwiched between two polarizers, a liquid crystal film can allow light with intensity values ranging from 0 to 255 to pass through the individual subpixels in an LCD. That’s made possible by an electric field that alters the orientation of the crystals in the film. Because the intensity of light that penetrates each subpixel can be altered individually (and each distinct combination of light intensity represents a unique color), a standard LCD can produce around 16 million (256 x 256 x 256) different colors.

That means LCDs cast a wide net across the full range of colors visible to the human eye, or what’s known as the color gamut.

But there’s a limit to how far traditional LCDs can stretch that color net. And it’s due to their LED backlight. Because ultimately, a display’s output is only as vivid as its light source, and despite being broad-spectrum, the white LEDs in an LCD produce rather diffuse light that must pass through several filters. Overall, that makes for sub-optimal picture quality.

So how are modern LCD manufacturers dealing with this problem? Simply bBy adding a quantum-sized tweak to the traditional backlighting system.

Instead of a single layer of white LEDs, the backlighting of next-generation LCDs is deconstructed into two layers: a panel of LEDs that shine blue light and a polymer film of quantum dots (QDs) that convert that light into red and green light (Figure 1(b)). Unlike the amalgam of diffuse blue, red, and green light emitted by an all-white LED, this deconstructed system produces high-intensity light of each wavelength. Due to the highly pure light generated by the QDs, next-generationthese LCDs can produce around 25 million colors, about 50% more than a conventional LCD (Figure 2). This is a result of higher color gamut coverage of QD LCD than standard LCD in CIE chromaticity diagram space (Figure 1(c)). While standard LCD can cover up to 70-75% of Rec2020 color standard, QD LCD can reach up to 85 % of the color standard [1]. That translates to wider coverage of the color gamut, higher contrast, and a brighter image—all while using less energy [2]. 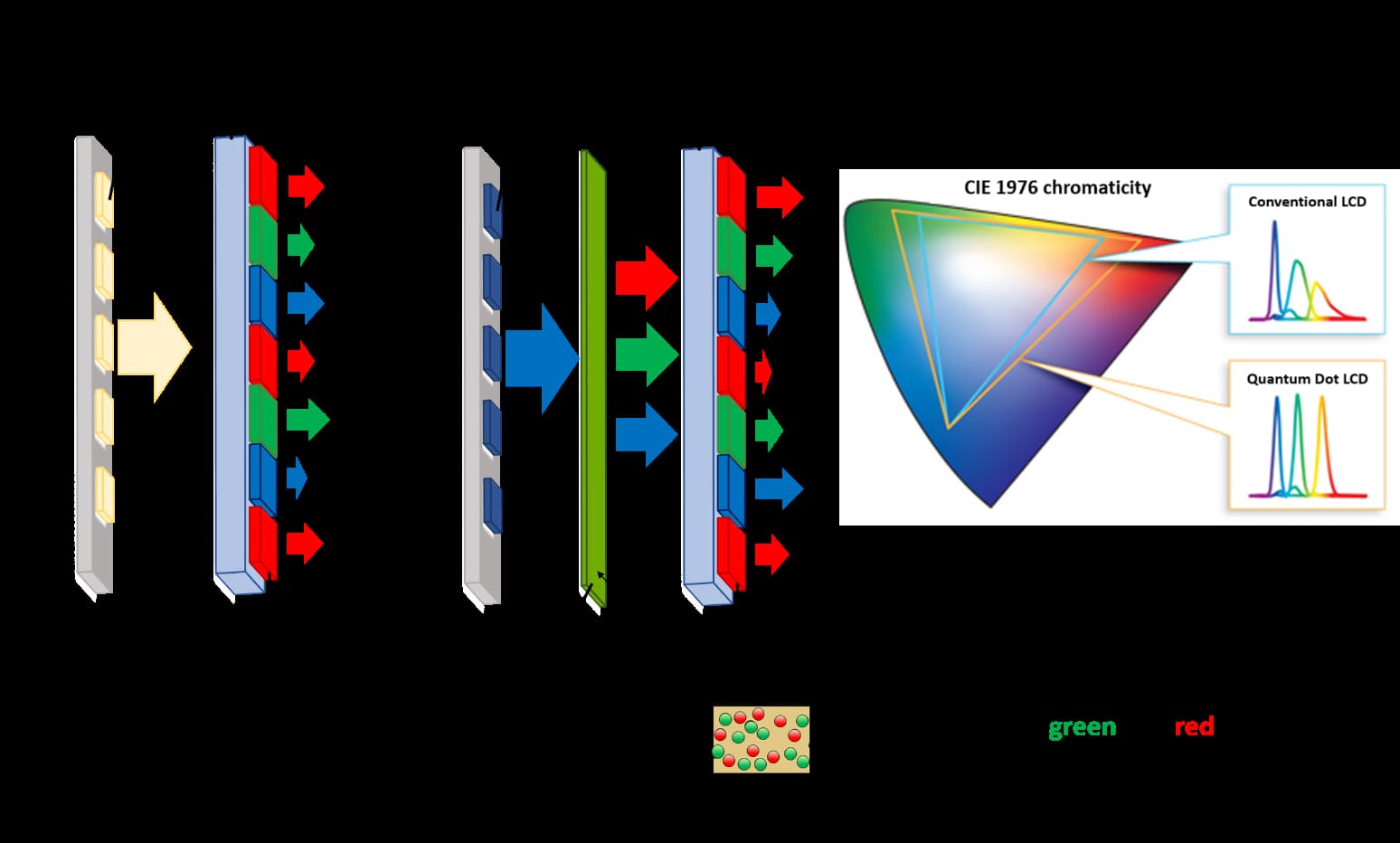 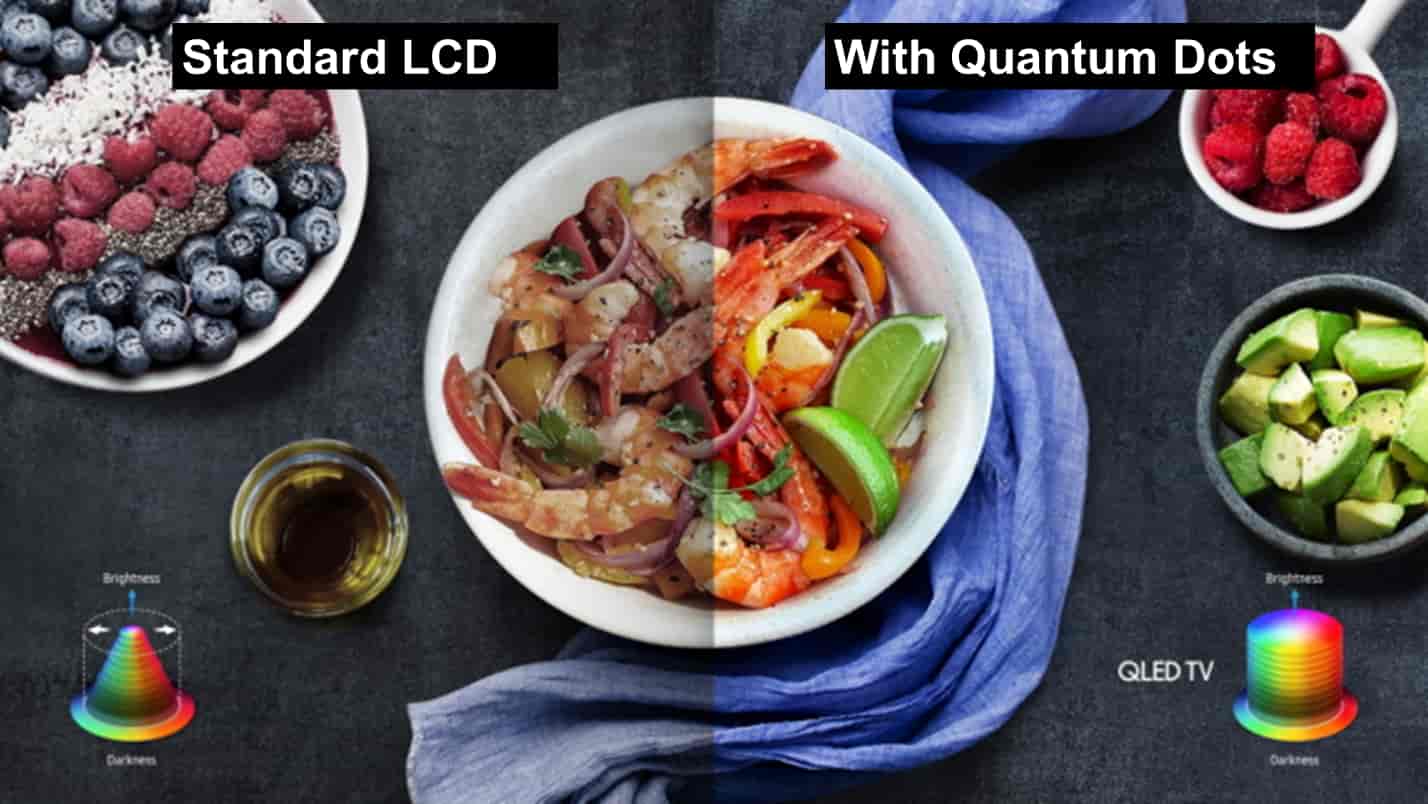 The quantum dots commonly used in today’s QD LCDs are made of cadmium selenide (CdSe) and indium phosphide (InP). QUANTUM SOLUTIONS is currently developing a new class of QDs for display applications made from perovskite quantum dotsmaterials.

“Perovskite” refers to a crystal structure with the formula ABX3. The structure is composed of four octahedra containing a halogen (e.g., chlorine, bromine, or iodine) at their vertices and a transition metal (e.g., lead or tinselenium) at their center. At the center of the four octahedra is a cesium ionatom or an organic formamidinium [CH(NH2)2+] or methylammonium [CH3NH3+] moleculeion [4].

Perovskites are garnering tremendous interest in the world of photovoltaics due to their combination of broad absorption, a strong ability to shuttle charge carriers, high defect tolerability, and ease of manufacturing.

QDs possessing a perovskite structure perovskite QDs offer higher efficiency and color purity than their CdSe and InP counterparts and could represent the future of LCD technology. The technology is promised to deliver 80 – 95 % of Rec2020 standard color gamut coverage, more than any other quantum dot technology. QUANTUM SOLUTIONS is currently developing perovskite QDs and films for display LCD applications and looks forward to unveiling a perovskite QD-based LCD prototype soon.