Humans are too fucking stupid to use the Tesla autopilot feature 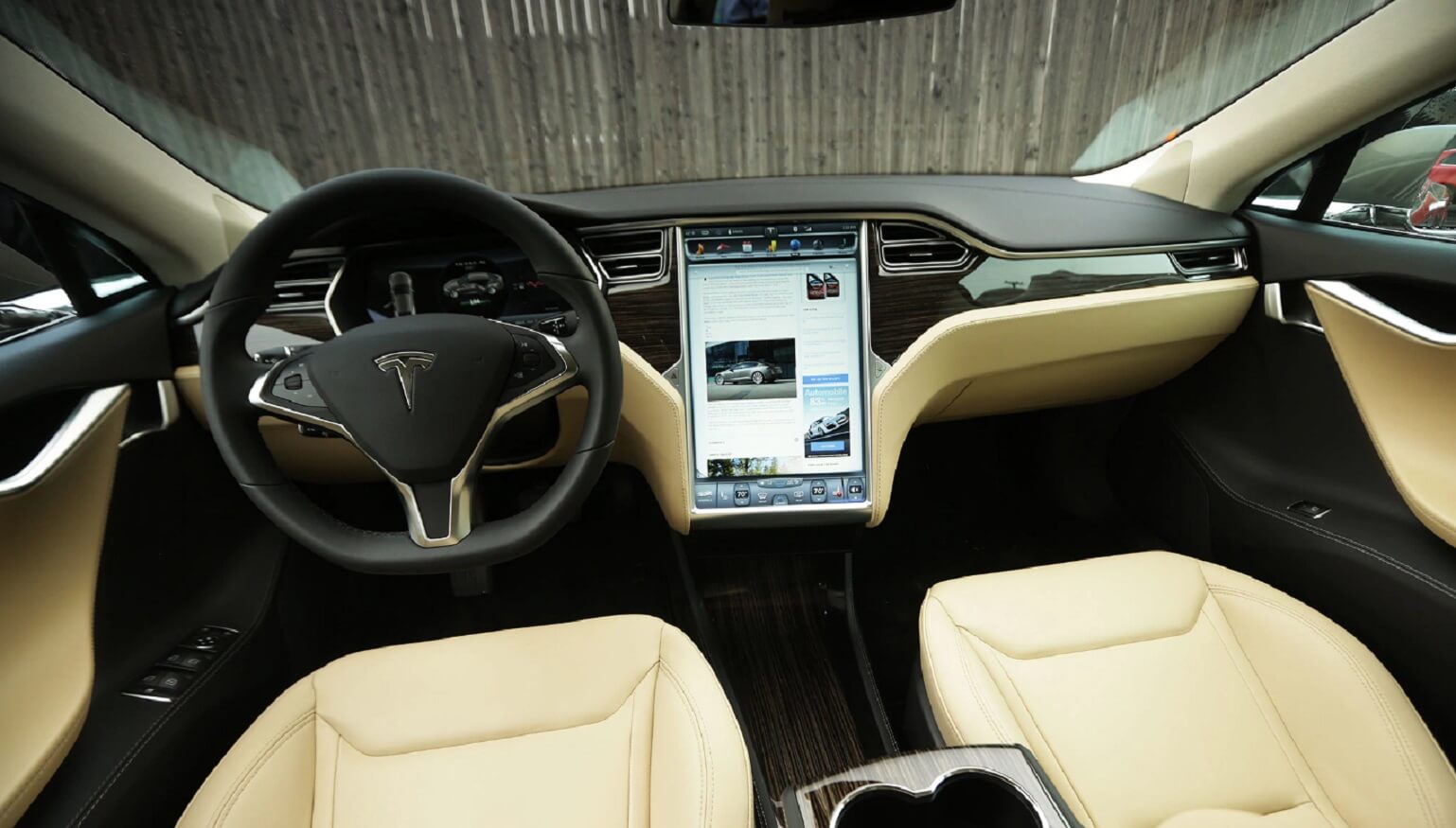 There has been another Tesla crash and it is starting to seem like perhaps technology is advancing further than our ability to properly assimilate it into our daily lives. The Tesla driver failed to stop at a red light, while going 60mph, and smashed into the back of a fire truck, while the driver was staring down at their phone. Brilliant.

At first glance, the crash appears to have been a failure of the autopilot system, but Telsa hasn’t reviewed the logs yet so it’s too early to make that assumption. Though, the vehicles are supposed to not smash into other vehicles and the driver should know to stop at a red light. But there are so many variables that it is hard to imagine an automated system being 100% prepared for the crapstack that is the United States infrastructure. Our roads are shit, our traffic lights are antiquated and broken, and our drivers are morons.

The lack of attention by the driver while the vehicle was in motion is the only factor that contributed to the accident as far as I’m concerned. It is within the driver’s abilities while a Tesla is in autopilot mode to stop the vehicle when necessary. It is also in the driver’s best interest when traveling at high speeds in a metal can on wheels to not fucking take their eyes off the damn road, Tesla or otherwise.

Distracted driving is a massive problem in the United States. The bottom line is that humans cannot reconcile their addiction to their phones with the real-world implications of driving while under the influence of social media or texting.

Humans are also lazy and impatient, which is why the guy in the fucking Dodge Magnum the other day had both wrists leaning on the steering wheel. His once taut, tribal tattooed arms leading to a large Samsung phone directly in his field of vision. I would have scolded him at the red light, had he not completely run it while driving partially in another lane. His death will not be surprising. Give this idiot a Tesla and he’s taking a nap at 90mph.

Hell, I hate using cruise control because it takes speed control out of my hands.

The world that Tesla dreams of, the world that Elon Musk strokes his chin to, is not this world. Not yet. Driver-less cars and automated vehicles will function fine when the majority of the vehicles are as such. At that point the vehicles will communicate with each other, the infrastructure will support grid communications and operations. Like when cars started to overpower the existence of the horse and buggy. I’m not against the technology, I just think humans are the horse shit in this scenario. Scooped up and riding in the back of the buggy. 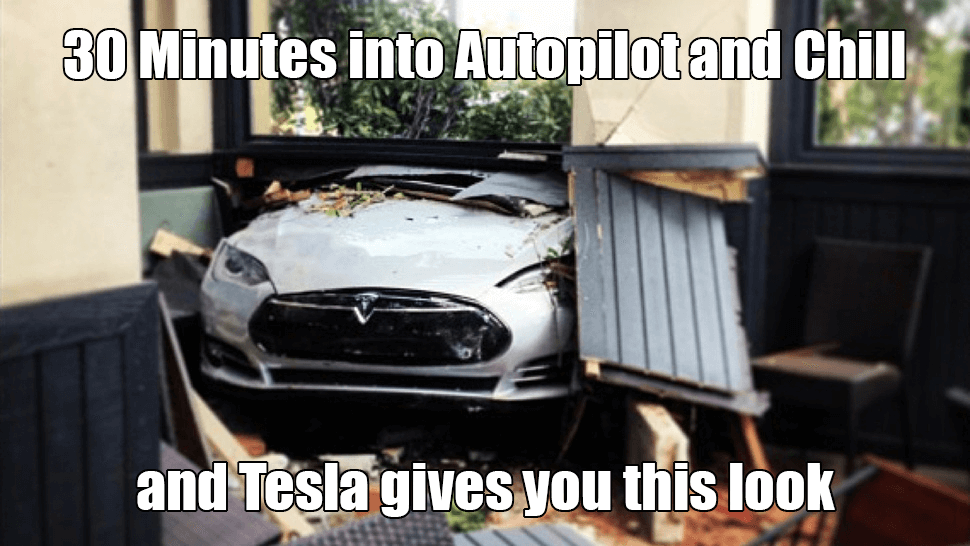 Eventually, we’ll adapt to the technology, because we’ll have no choice. By then there might be more safeguards in place to protect us from ourselves. While car companies have been working to protect humans from their own brain-dead behavior for years, Silicon Valley companies have long operated under the assumption that every human is as tech savvy as they are. Often, tech is created without taking into account how flat-out terrible most humans are.

Such is the case with Tesla. Fantastic technology that speaks to the future of transportation and energy, but handed over to a group of mammals that once wore Velcro shoes with parachute pants. The thing is, there is no cure for stupid. There are, however, ways that technology can account for it. This crash is evidence of the contrary, that technology has not taken into account the pure lazy ignorance of American drivers.

While this is of course, statistically, a near-isolated incident, there are some remarkable things about this crash as explained by a very salty Elon Musk.

It’s super messed up that a Tesla crash resulting in a broken ankle is front page news and the ~40,000 people who died in US auto accidents alone in past year get almost no coverage https://t.co/6gD8MzD6VU

What’s actually amazing about this accident is that a Model S hit a fire truck at 60mph and the driver only broke an ankle. An impact at that speed usually results in severe injury or death.

Yes Elon, there are tens of thousands of deaths attributed to distracted, drunk and just accidental driving incidents a year. Yes Elon, the driver of the Tesla walked away with a broken ankle. Yay for engineering. However, this is the future we’re talking about and Tesla doesn’t have the market share to make a statistical impact yet. Just imagine a world in which we put every bonehead who texts while driving behind the wheel of a Tesla. I guarantee they’ll find a way to get rekt.