Instagram is working on improving their timeline, here’s one example how. 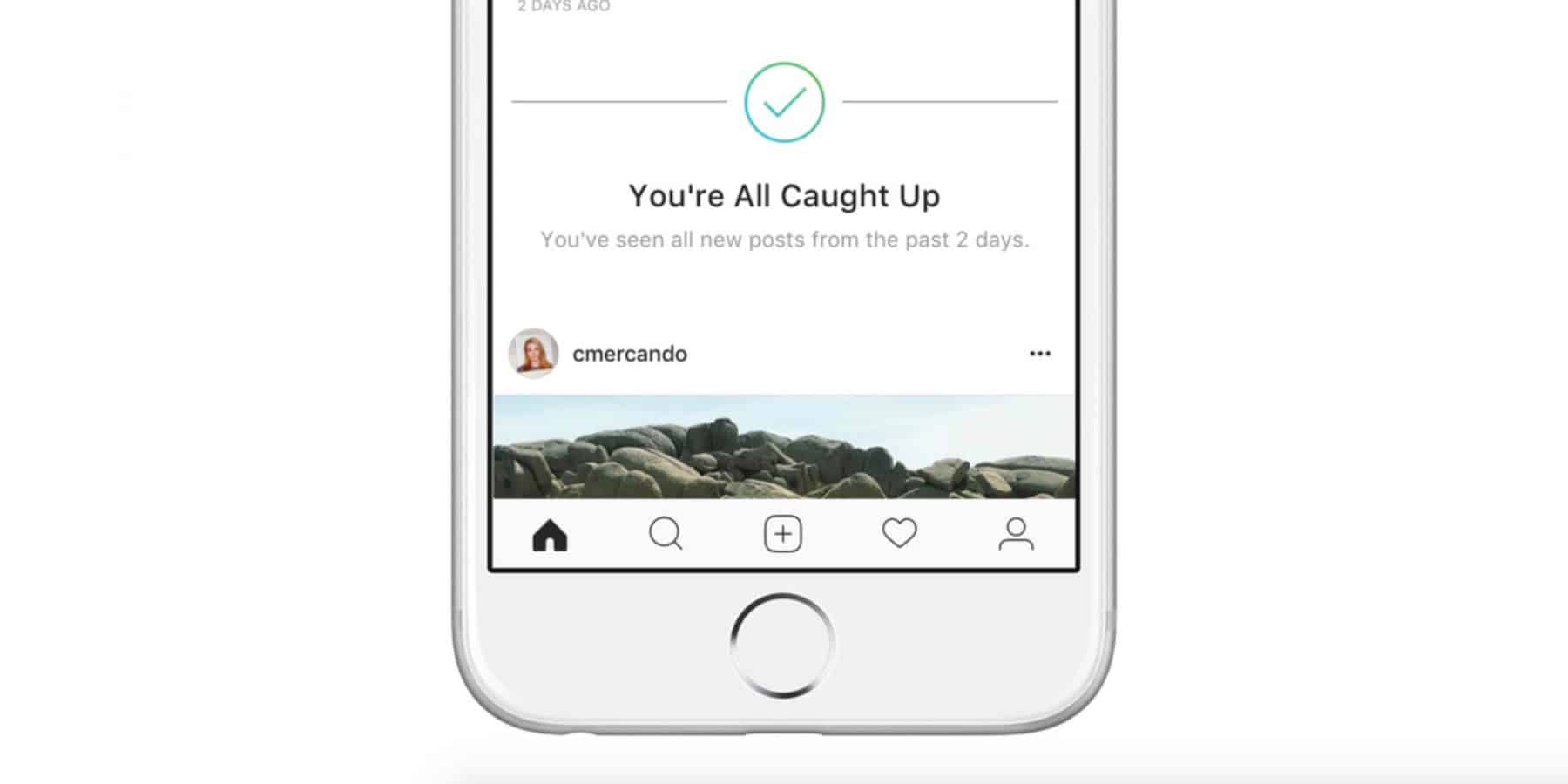 The next time you’re using Instagram, you’re likely to see a message stating, “You’re All Caught Up.” The note shows up once you’ve seen every post on your feed from the last two days. The sharing app hopes this message will give you a better understanding of your feed and let you know you haven’t missed recent photos or videos.

Back in 2016, Instagram moved away from presenting a chronological feed and instead began offering a feed based on an algorithm. In doing so, many users complained about how posts were delivered and how it was easy to miss newer things. By adding “You’re All Caught Up,” Instagram hopes to create a more straightforward user experience to iOS and Android users.

Strangely, in announcing the new tool, Instagram didn’t say how the feature works. However, it’s probably in line with how the Instagram algorithm works, which Instagram did explain in June.

At the time, it mentioned there were three factors that determined what went into your Instagram feed:

I’m not quite sure adding a message will clear up any of the confusion. Nonetheless, Instagram’s going to try.

What do you think? Should Instagram stick with its algorithm or go back to a chronological feed? You know what to do below.

For other social news, see: