That Dragon, Cancer – A story of a family, a dying boy and a real monster

That Dragon, Cancer is an immersive, narrative videogame that retells Joel Green’s 4-year fight against cancer through about two hours of poetic, imaginative gameplay that explores themes of faith, hope and love. 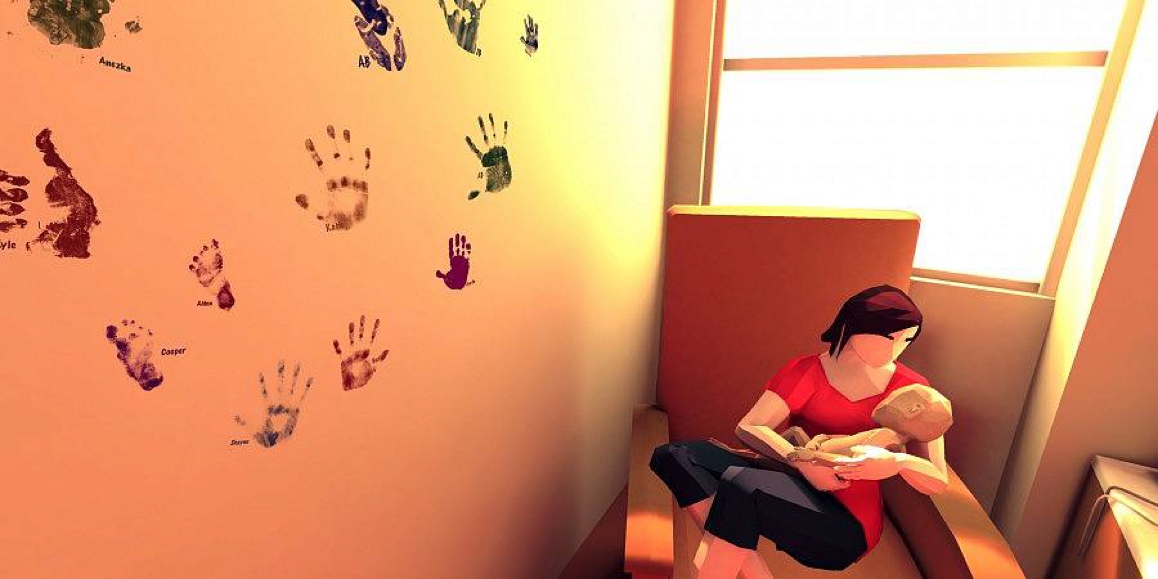 That Dragon, Cancer is an immersive, narrative video game that retells Joel Green’s 4-year fight against cancer through about two hours of poetic, imaginative gameplay that explores themes of faith, hope and love.

I’m a parent of two amazing boys. It’s my job to protect them, keep them safe from the real dangers of the world, and ultimately lead them on the path to being adults that someday, they’ll be able to do the same.

However, what if I knew from the start that I was not going to be able to finish the job with one of them, because there was something I couldn’t protect them from no matter how hard I tried? It would be heartbreaking. In many ways, it’s also the driving force behind That Dragon, Cancer. 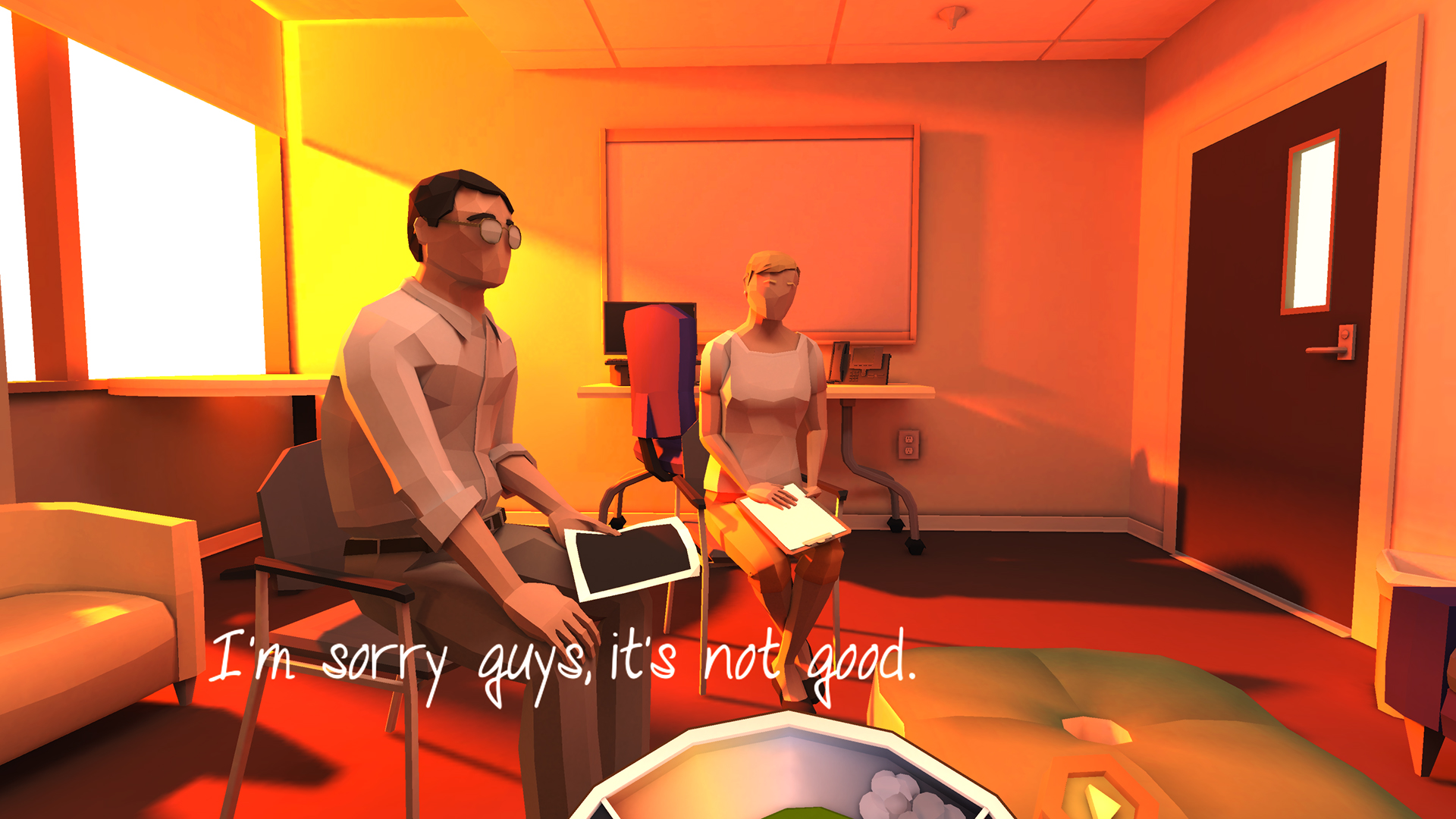 That Dragon, Cancer isn’t a long game by any stretch of the word. As a matter of fact, the game takes roughly two hours to complete. However, at the end of the game, with tears rolling down my face, I’m left sitting here knowing that this is also a game that will stay with me for the rest of my life. It’s also painfully sobering, because you are witnessing a story that took place in the real world.

This isn’t a game with fake characters, fabricated in a world that exists within our imagination. It’s a beautiful celebration that immortalizes a 5-year old boy who fought a monster that exists outside of video games. It’s a celebration of this boy, who loved bubbles, pancakes and dogs. However it also tells the struggle of Joel’s parents as the live out the nightmare that every parent dreads. 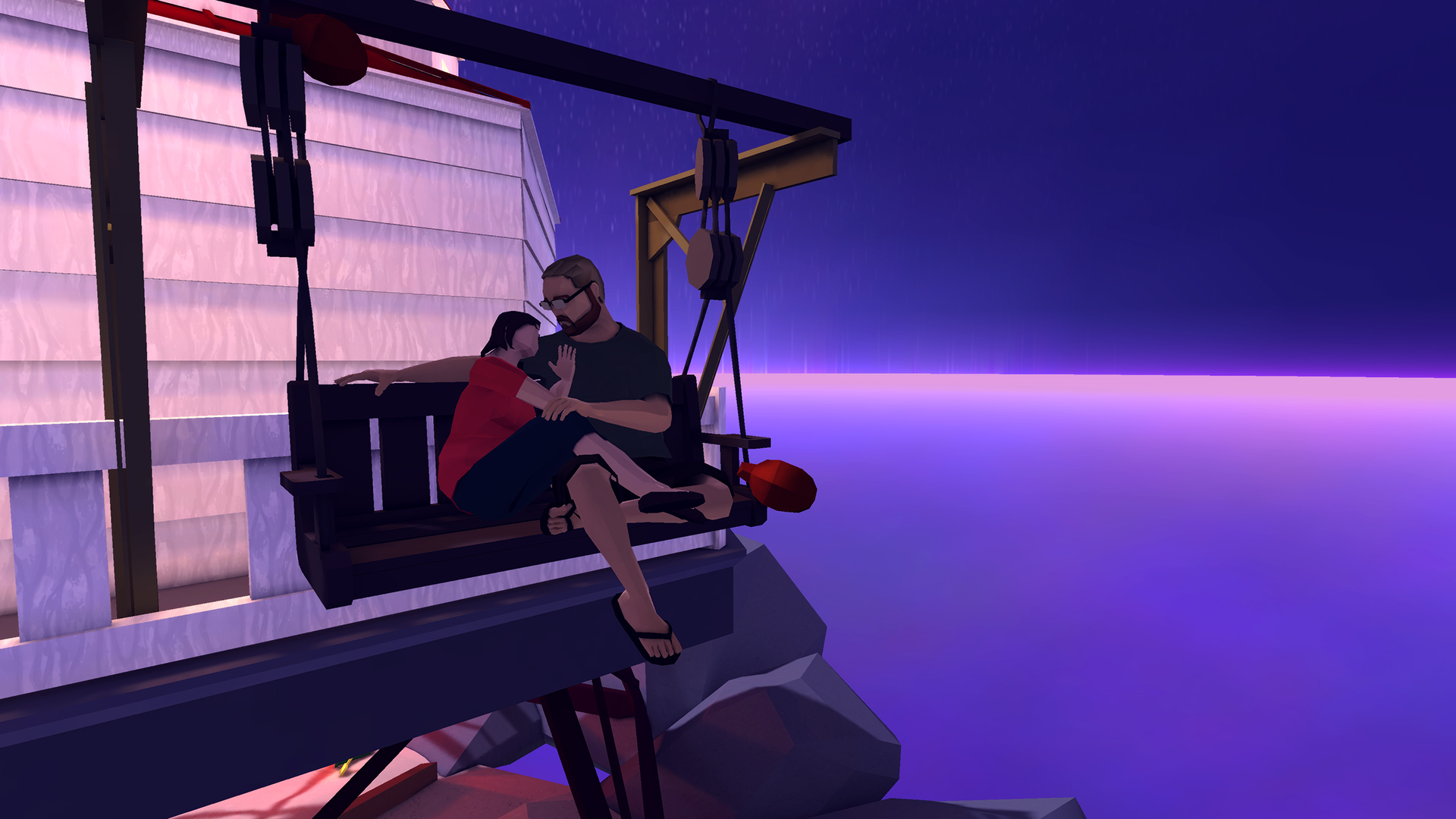 That Dragon, Cancer is a beautiful story that follows the real life Green family through the hardest thing any family should have to do. During the short adventure, you explore the very real emotions of Ryan and Amy Green as they struggle against a monster that so many parents fight against every day. You see Ryan and Amy struggle with faith, hope, acceptance and ultimately, loss. It hurts.

[pullquote position=”right”]”As I play, I ask myself what you can do when you can’t do anything?”[/pullquote]

The game is peppered with real clips of audio from home movies, incredible voice acting and letters of loss and hope. One of the hardest scenes deals with Amy’s faith and Ryan’s despair, and how they both circle Joel’s inevitable passing. Amy celebrates the miracle of Heaven and the peace it will bring Joel while Ryan’s despair and lack of control over the situation effectively is drowning him. The scene is a gut punch of emotion and is soon followed up by a scene in a hospital room with Ryan trying to calm a pained Joel down as he is too sick to eat or drink. As I play, I ask myself what you can do when you can’t do anything? 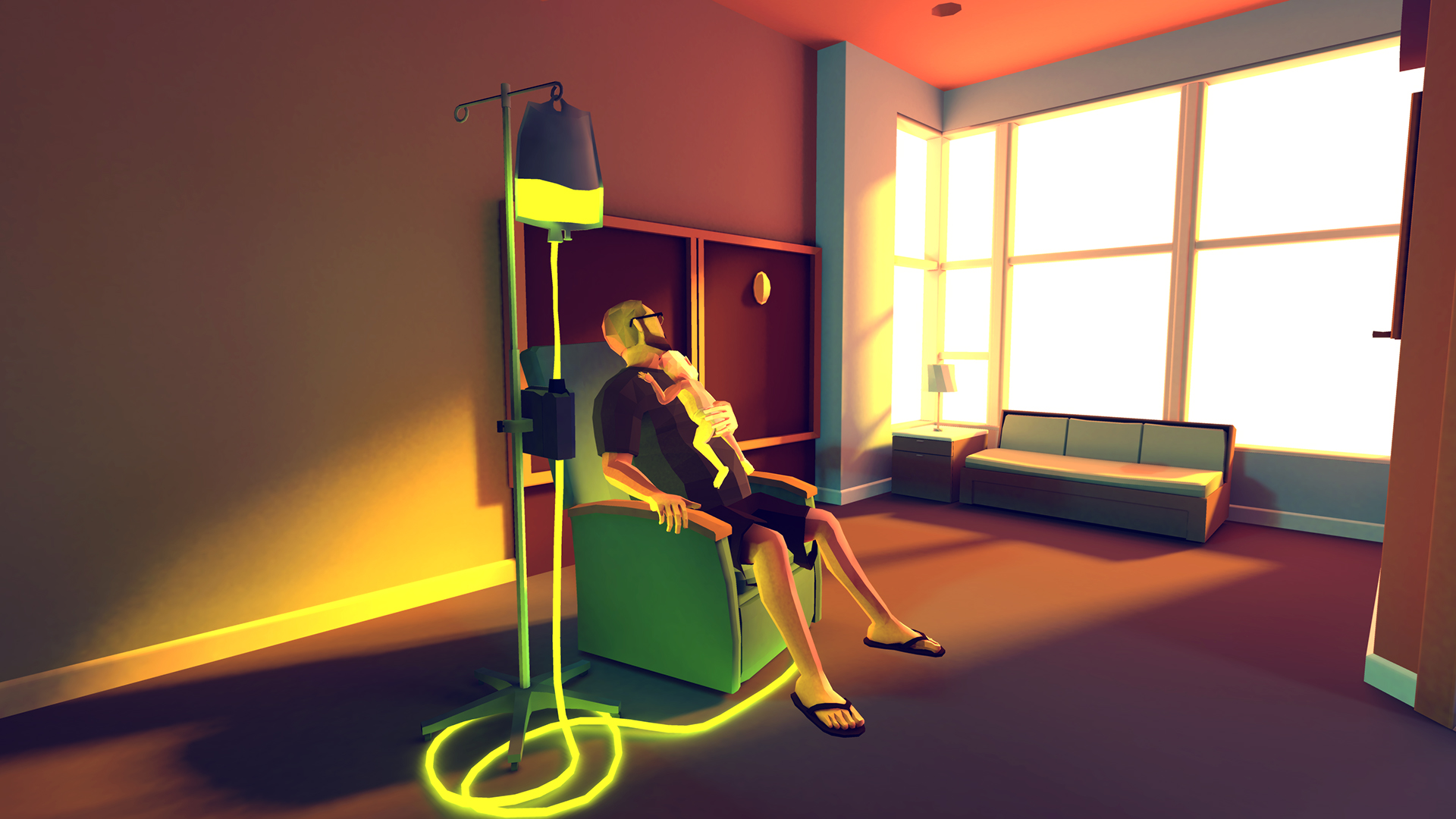 That Dragon, Cancer is a roller coaster of emotion. There’s no other way to explain it. The game makes it abundantly clear that Ryan, Amy and their other sons know exactly what is going on with Joel. Yet, throughout the story, Joel is doing his best to be a 5-year old boy.

The opening of the game sets the stage by explaining that Joel has a limited vocabulary, as the game’s hidden antagonist has slowed his development. The game elements are almost childishly simple as you click your way through the story. At the end of the game, as you celebrate with Joel, his new dog, pancakes and bubbles as he has moved beyond this monster’s reaches, you also get to hear him speak about the things he loves.

You can stay and blow bubbles for Joel as he giggles and claps, but eventually, Ryan or Amy (whoever’s shoes you want to consider yourself in) has to leave him to his paradise. If you didn’t think it was possible to feel heartbreaking sadness while also feeling happiness as well, you should probably play That, Dragon Cancer. 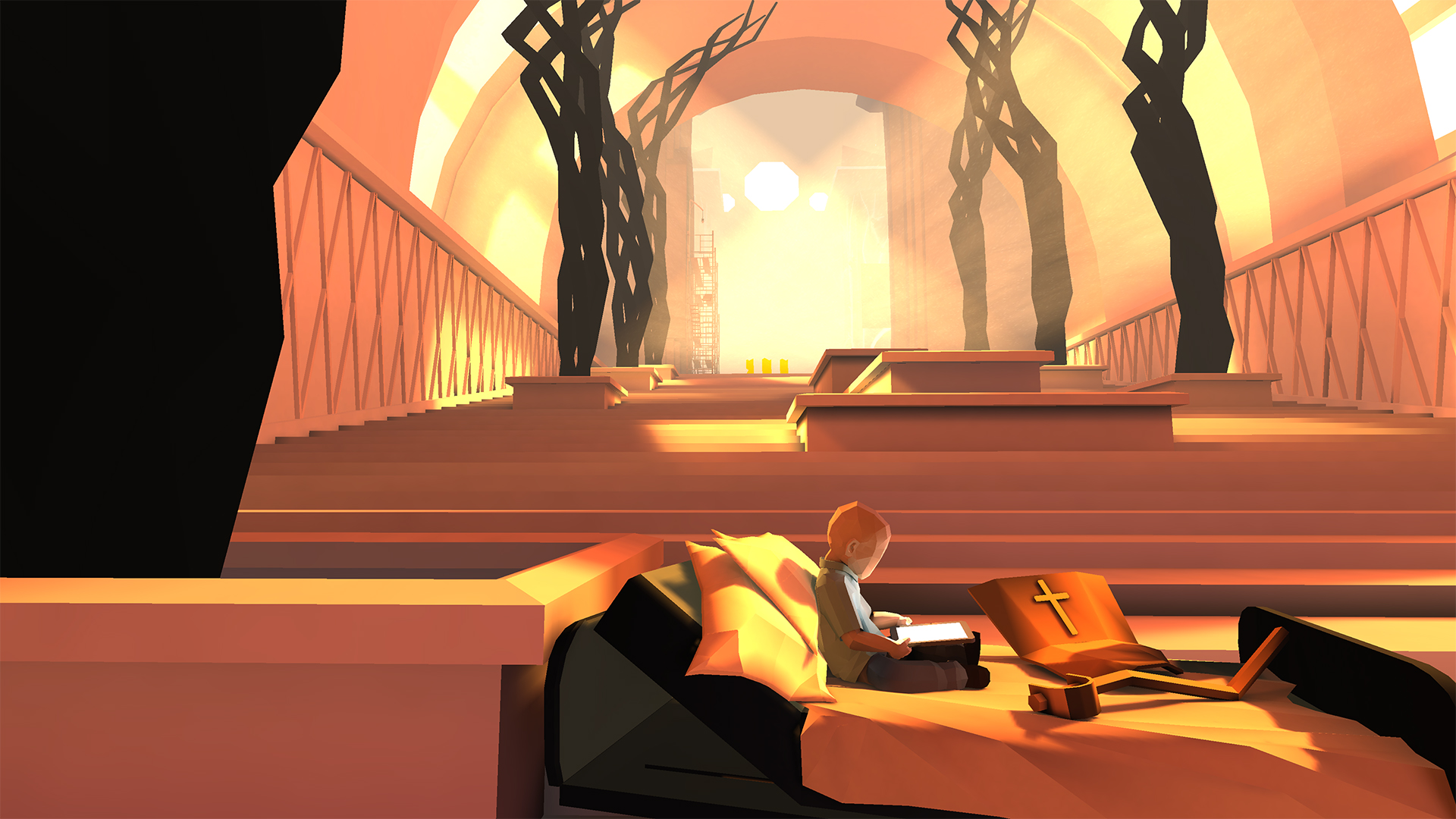 I played through That Dragon, Cancer and while I only met Ryan Green briefly a few years ago, I get a sense of understanding of his love for Joel and for God as well.  Joel fought a monster, as a little boy I know named Alex is fighting it now. Alex and his family are friends of our family and while he is just a year older than Joel was, he’s also a brave knight that is fighting off That Dragon, Cancer as well.

[pullquote position=”right”]”There are scenes from That Dragon, Cancer that are far too real, because that is exactly what they are.”[/pullquote]

Ultimately, That Dragon, Cancer helps me understand Alex’s parents’ struggle but in some ways also makes their pains and fears so much more imaginable. I’ve been in a Children’s Hospital too many times for both of my boys (sinus issues and such) and in some ways know the pain of being able to do nothing but watch your little guy cry in the baby-cage they put them in after surgeries. There are scenes from That Dragon, Cancer that are far too real, because that is exactly what they are. As a parent, you can relate to the things Ryan and Amy say that makes their son stand out. This isn’t a game, it’s catharsis. 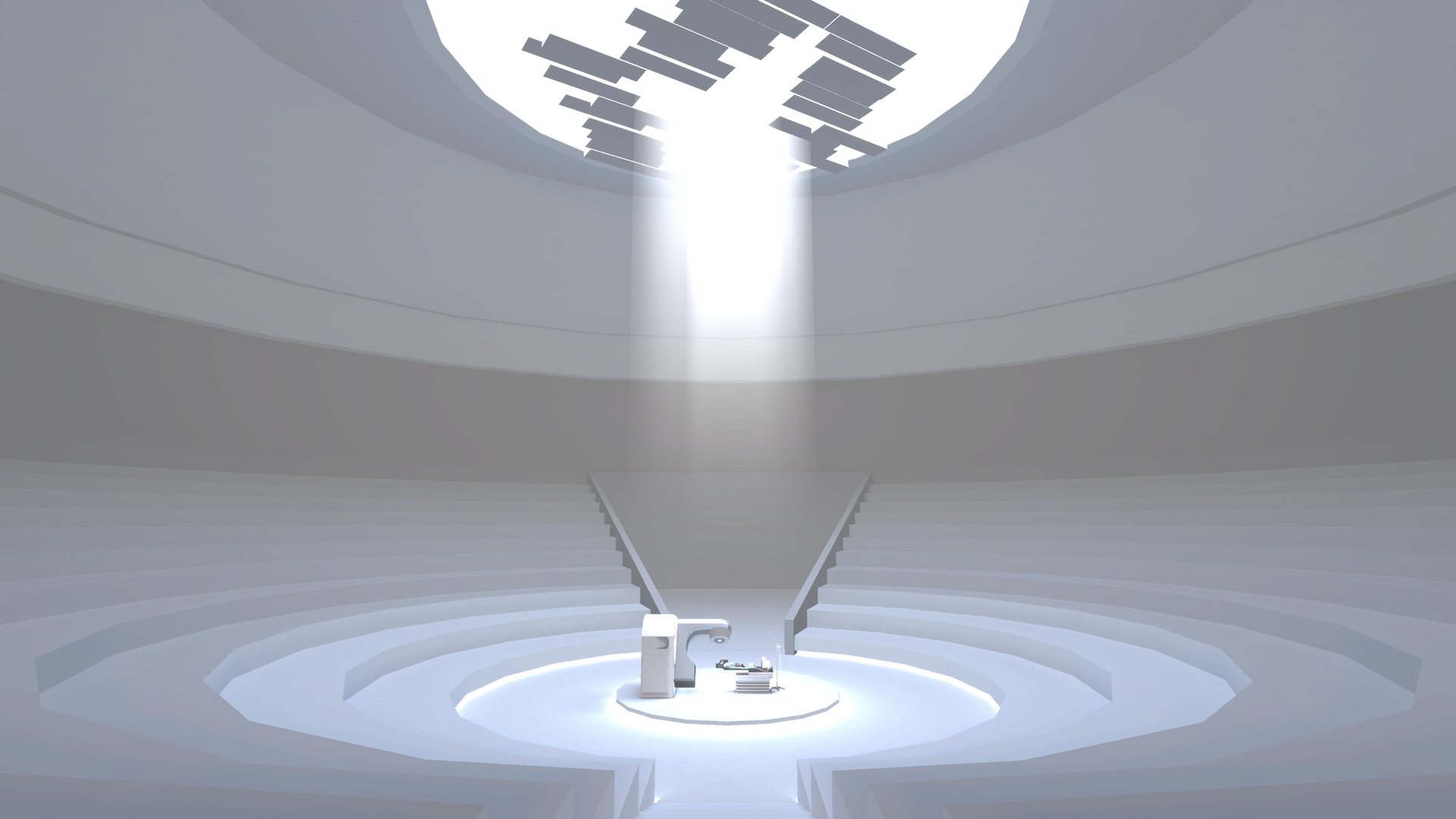 Ryan Green is telling Joel’s story in the best way he can. The game ends, but the characters within it continue their lives until one day they will be reunited again. There’s only one way to describe it and that is “beautiful”. I don’t feel right doing a “review” for this. Instead, play the game. There’s more to this world and That Dragon, Cancer expands on that scope, it’s an experience.

If you ever have a chance to read this Ryan Green, thank you for sharing Joel’s, Amy’s and your story with us.