McDonald’s adding thousands more self-order kiosks to keep your ass fat, happy, and in the store 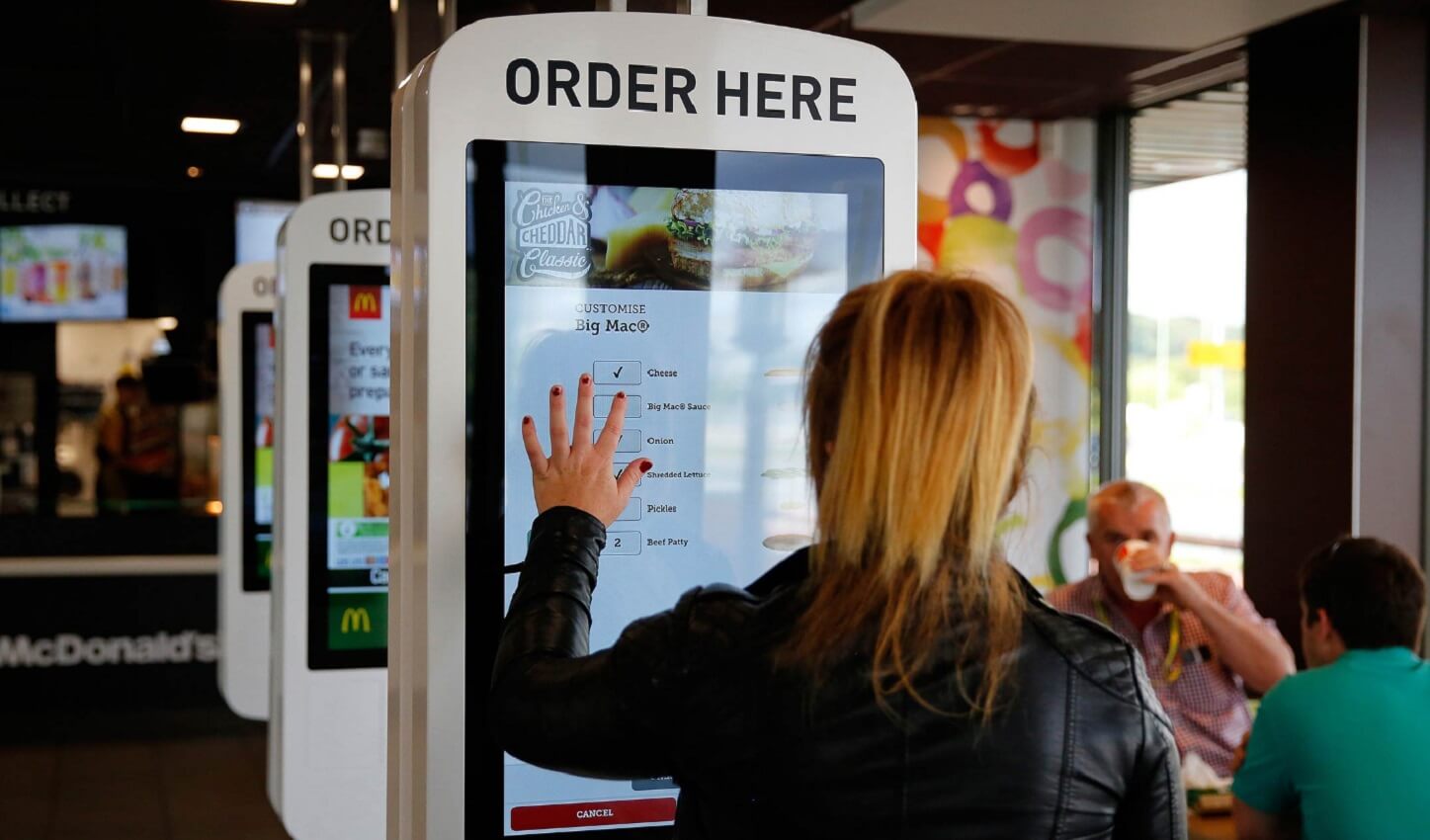 When McDonald’s started adding self-order kiosks to some of their stores there was a bit of a furor surrounding the whole robots are taking our jobs thing, but McDonald’s hasn’t employed robots to prepare the food — yet — so all is well. Now, McDonald’s is going hard like the crusted tip of the shake machine with plans to roll out self-order kiosks to one thousand stores each quarter for the next two years.

This is because once again, the U.S. is behind in something. International markets such as Canada, Australia, and the U.K. are already running stores with kiosks as well as mobile ordering. France and Germany are almost totally transitioned to the kiosk and mobile ordering systems.

In Asia, McDonald’s even boasts a massive delivery service presence, something it hopes to bring to the U.S. in the near future (and something that already exists through services like Uber Eats). Regardless, McDonald’s would rather you hang out in the store.

“What we’re finding is when people dwell more, they select more,” CEO Steve Easterbrook told CNBC on Squawk on the Street on Monday. “There’s a little bit of an average check boost.”

What he meant to say, is the longer people hang out in McDonald’s, the more food they jam into their gullets, swelling their ankles with sodium to the point of wondering out loud why McDonald’s doesn’t have private nap rooms and wet, cold towels to wipe away the festering meat sweats.

The menu at McDonald’s varies around the world, but you know Americans won’t hesitate to get that extra Big Mac because they’ve been in the store longer, special sauce congealed in the plump corners of their lips.

We can’t deny the appeal of self-order kiosks in any business. From self-checkout at the grocery store to using the screens at Wawa, having the option to not interact with a human has some appeal. And having worked behind many counters, the less interaction with customers, the better. The customer is always right. Self-order kiosks will free up McDonald’s employees to not fuck up your order as often and stop putting nine nuggets in the 10-pack.

One of the worst parts about ordering fast food is walking up to that wonderful human sunbeam standing behind the counter, a tepid scowl on their face, waiting to be confused by your inability to not only read the menu board but make a decision in an adequate amount of time. It’s McDonald’s, you should know what you want when you walk in. Kiosks will eliminate having to wait behind idiots who apparently have never heard of McDonald’s, much less been in one.

Self-order kiosks are the greatest thing to happen to the restaurant business since ovens. Ordering sushi on an iPad, ordering a Cuban sandwich at Wawa on a touch-screen, and ordering potato flavored salt sticks at McDonald’s at the kiosk all speak to a future in which we no longer have to play a one-on-one game of telephone to get some fucking discount chow shoved into a warm bag.