Come on, try it out. 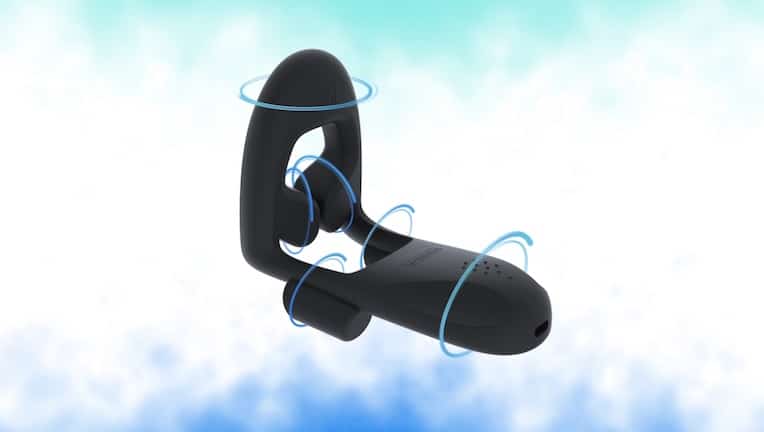 The Tenuto is the cyborg dong attachment you’ve been waiting for. It’s not just for solo use either, it is intended to bring greater pleasure to your partner while wearing. Since, y’know, it vibrates. That’s right Kevin, get ready for the buzz, baby.

While the design of the device might suggest it needs to be inserted somewhere, that’s actually the opposite of the insertion order. Instead, you insert your hammer and nails into the openings of the device, its battery pack and vibration motor sitting comfortably against your perineum. That’s a fancy word for taint. Grow up. We’re all adults.

The MysteryVibe Tenuto is intended to improve pleasure during intercourse, which, if you’ve ever had intercourse during a roller-coaster disaster or while operating a jackhammer, you know is quite intense. The motors, while not judging your taint-hawk, simulate blood flow and have the potential to make orgasms more akin to throwing a bottle of lotion at the wall instead of a leaky sink. Frankly, y’all need to learn some tantric skills and get on my level but this should suffice for you quick shot maniacs.

The best part about the Tenuto is the best part of most modern vibrators. It can be controlled through a smart app. Hell, you can probably create something through IFTTT to connect it to your smart home so you can tell Google Assistant to get you off, which is the world we’re veering toward anyway. Through the app (or the device itself) you can set vibration patterns.

If you aren’t sure if the Tenuto is for you, ask yourself this question: do you like wrapping things around your penis to achieve orgasm? If so, then the Tenuto would be a great addition to your sex toy collection that currently consists of a very questionable sock and what your significant other calls “what the hell happened to the peanut butter”?

The MysteryVibe Tenuto is available now for pre-order for a mere $85. That’s cheaper and a whole hell of a lot less creepy than getting arrested after riding the horse outside the grocery store for seven hours.