Want to explore the depths of the ocean or the pond in your backyard? Navatics has you covered.

There’s been a recent wave of remotely operated underwater vehicles aimed at the consumer/prosumer marketplace, with them getting progressively less expensive to purchase. One such ROV is from robotics maker Navatics.

The company has just launched their Kickstarter campaign for the MITO, an ROV equipped with a 4K camera and advanced active stability technology to provide new levels of underwater video steadiness in an affordable 3kg underwater drone.

Cleverly, the MITO is designed to fit inside airline specifications for carry-on luggage for easy transport, while also being highly maneuverable in any corner of a waterway. It’s controlled via a floating tether to transmit controls precisely and accurately down to the drone deep underwater, where normal wireless control signals wouldn’t penetrate. It can capture 4k at 30fps and can explore down to depths of 135ft/40 meters. 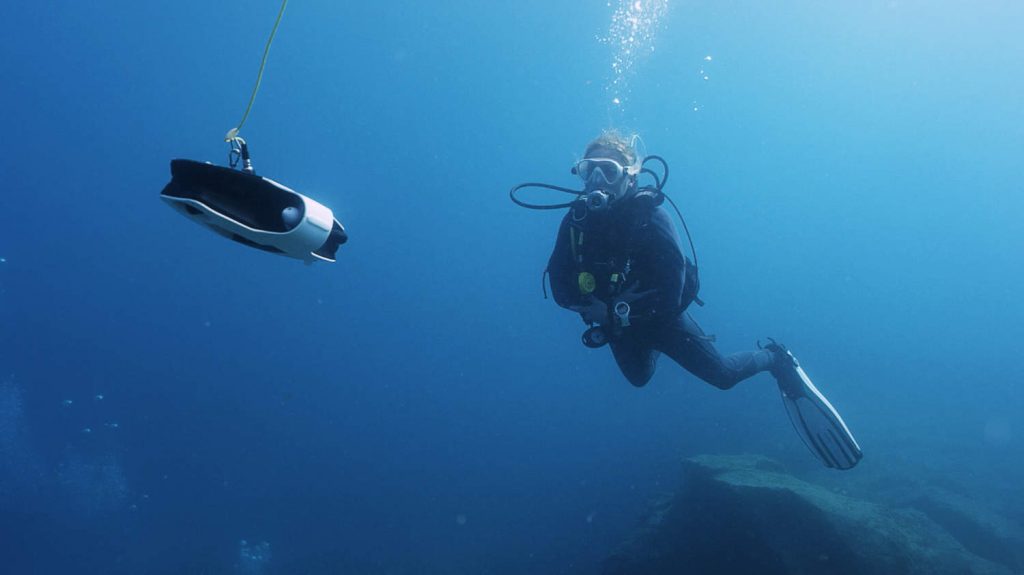 It can ‘hover’ in place even in complex underwater currents using Navatics’ advanced active stabilization algorithm. It has four thrusters to aid maneuverability and can tilt up to 45-degree angles at up to two meters per second (roughly 4 knots). It features two 1000 lumen LED lamps on the front to add excellent vision and illumination, and an advanced color-correction routine for the video taken. 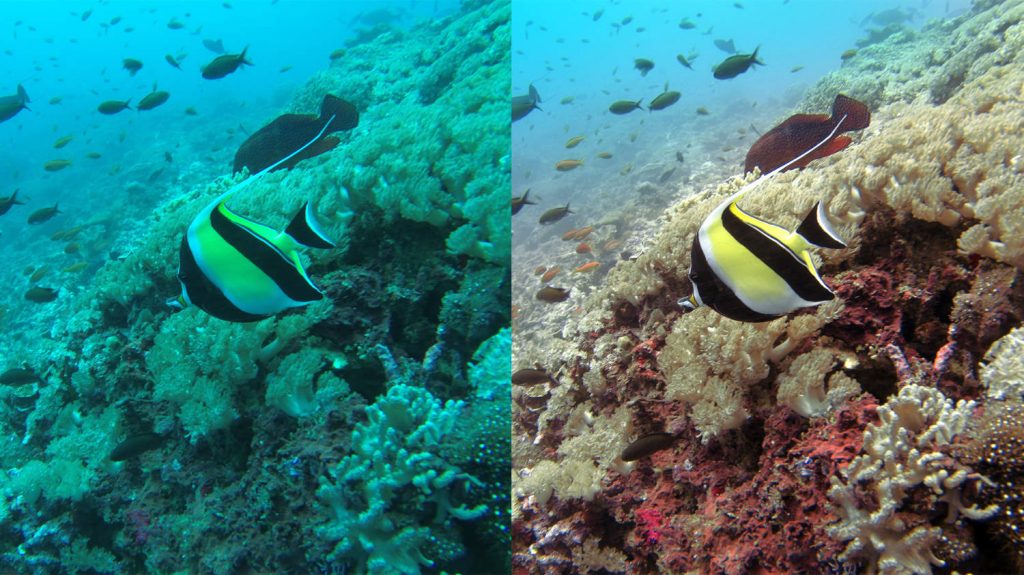 Piloting the MITO is handled by a remote controller which holds a smartphone for displaying the video link. There’s a mobile app available for both iOS and Android and you can stream the video from up to 500 meters away at 1080p resolution. There’s also built-in social media sharing inside the app.

With Navatics MITO, our goal is to create an underwater drone with the ability to stream high-quality video and maneuver with maximum stability to get the best footage. We want to provide this professional-level experience, so that anyone from the hobbyist consumer to the professional videographer can experience the marine world without limitation.

It’s got more strings on its bow than just a filming device, it’s also a valuable tool for divers, conservationists, and fishers. MITO can survey new areas to identify the layout of the seabed or lake to identify potential dangers or points of interest. It’s also invaluable for boat owners as a maintenance tool to carry out hull inspections for preventative maintenance.

Navatics MITO is available for pre-sale on Kickstarter with super early bird pricing starting at an accessible $1,199, which includes the drone with a 4K camera, one battery, a remote controller that attaches to a smartphone, and a 50-meter (165 ft.) tether. It will begin shipping in September 2018.

We’ve been talking to the campaign and hope to be able to bring a hands-on review once there are ROVs available.

Chime in, what do you think of this underwater drone? Is the price something you’d be comfortable with? Let us know in the comments.