This is a lot better than Opera’s last attempt at an Android VPN. 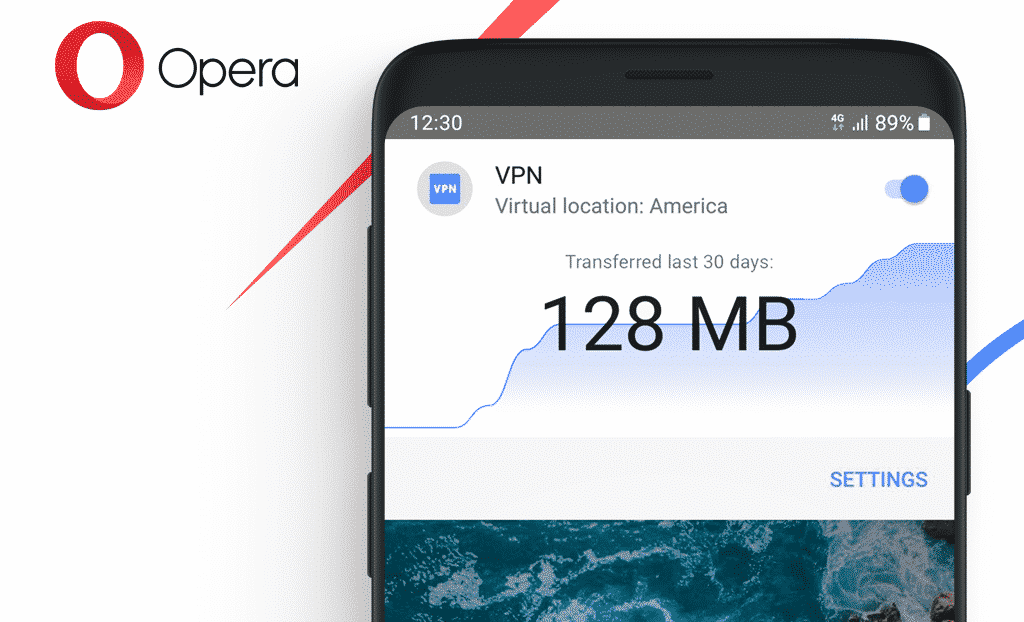 Today, Opera announced that it wants to help its Android users be safer online, adding its free VPN to the Android browser app. Using the feature will make it harder for your ISP or websites to track your physical location or internet usage, while Opera has stated that its VPN is no-log, which means it doesn’t monitor or store logs of your internet usage.

Opera did have a VPN for Android years ago, but it needed a standalone app so was slightly cumbersome to use. Rolling it into the main Opera browser app is a clever move, that Opera is undoubtedly hoping will grab some Android market share back off Google’s Chrome browser. You won’t have to sign in, pay a dime, or worry about your data being logged using the VPN feature. It’s super easy to use too, with just a couple of taps in the Settings menu.

Using a VPN creates an encrypted connection to a remote server

This connection makes it look like you’re actually browsing from that server and not your device. That’s great for security, as malicious actors on the same local network as you won’t be able to make sense of the data you’re transmitting. It also has the effect of hiding your physical position, adding to your online security.

Opera’s VPN uses 256-bit encryption, which is known to be virtually uncrackable at this time. That makes your sensitive data like banking, messaging or email secure while you’re using those handy open Wi-Fi networks while you’re away from home.

Opera’s blog post doesn’t mention where the locations of its servers will be, during the beta phase those were in America, Europe or Asia, so it’s likely the same regions will be used again.

This addition comes at a great time in the mobile browser market. Google is going to start informing Android users in the EU about their possible browser choices, as part of an antitrust lawsuit. That means an opening for Opera to win some users away from the mobile version of Chrome.

Opera for Android is available for download in Google Play and at Opera.com.

What do you think? Happy to see Opera releasing this Android VPN? Do you use a VPN? Let us know down below in the comments or carry the discussion over to our Twitter or Facebook.