Opera for Android adds an all-new Crypto Wallet for Ethereum

Hopefully, this new feature will continue to make cryptocurrency more accessible to the masses. 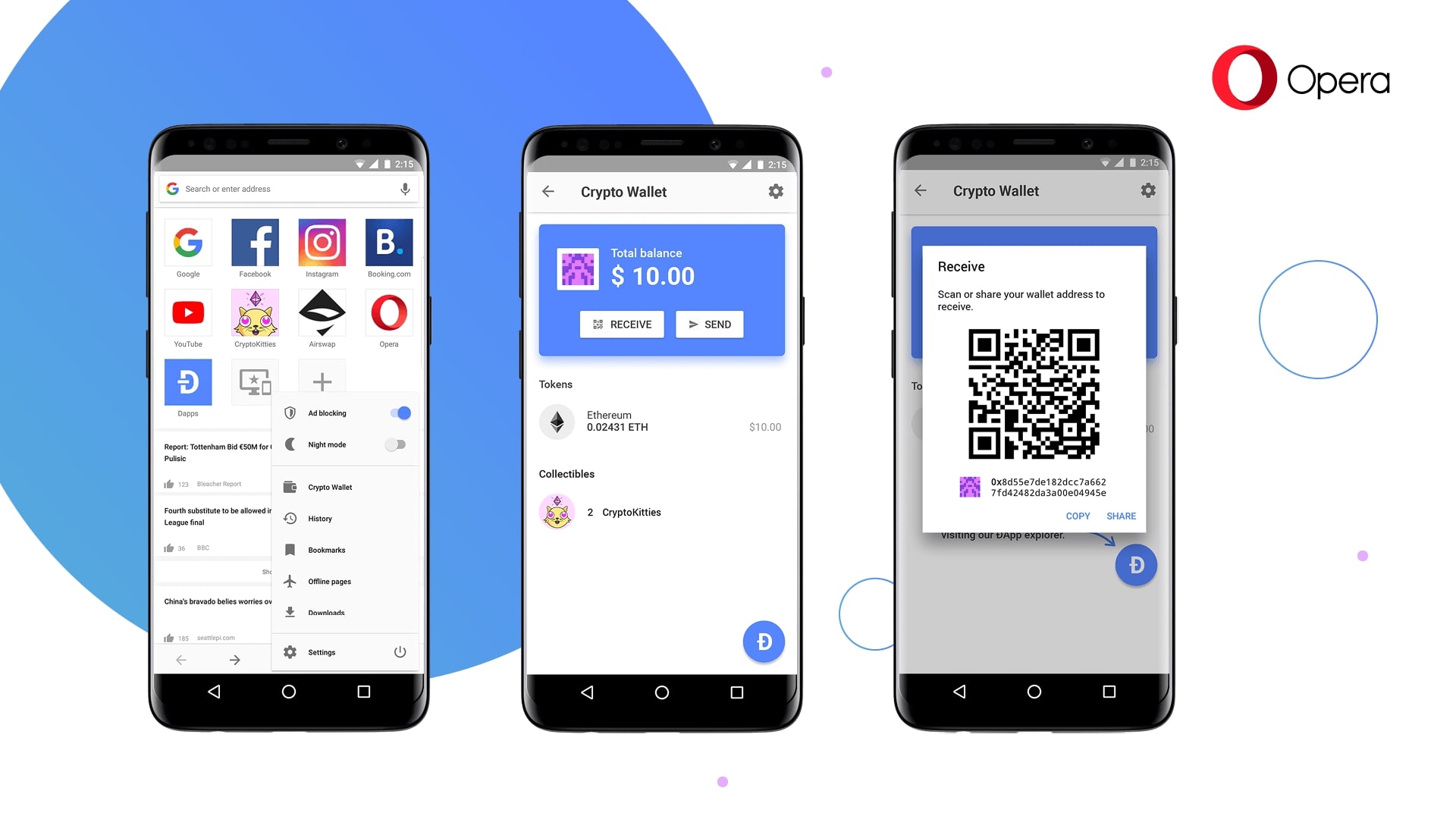 Opera continues to cater to those who use cryptocurrencies. The next version of Opera for Android will feature a built-in Crypto Wallet, according to TNW.

In its first release, the Crypto Wallet will serve as a storage solution for Ethereum and its tokens, various collectibles, and on-chain assets. Collectibles and on-chain assets refer to things like CryptoKitties and other ETH-based games. The next version of Opera will also include built-in integration with Ethereum’s Web3 API. This introduction marks the first time a major browser has taken Web 3.0 mainstream.

What’s promised is an environment where Ethereum’s decentralized apps (dApps) will be fully accessible alongside the more standard, boring, and completely centralized Web 2.0.

It even uses Android’s secure system lock to sign cryptocurrency transactions directly from the browser, meaning users will have one less PIN or password to write down on paper, commit to memory far away from any potentially compromised electronics, and later destroy in an industrial shredder.

The new update will also use Android’s secure system lock to sign cryptocurrency transactions directly from the browser. In other words, you’ll have one less PIN or password to remember.

Selected users are now being contacted about a private beta test for the Crypto Wallet-equipped version of Opera for Android. It should be available for everyone else in the near future. Hopefully, updates and features like this will continue to ease the transition for those looking to get into crypto, without the overwhelming feeling that has typically been associated with crypto wallets and on-chain assets.

This isn’t the only cryptocurrency-related moves Opera has made in recent months. Earlier this year, Opera added new tools to protect its desktop browser against 50 crypto jackers and updated its built-in currency converter to support the major cryptocurrencies.

You can download Opera for Android on the Google Play Store.

Are you more likely to use the Opera browser on your Android devices because of this news? Let us know below.