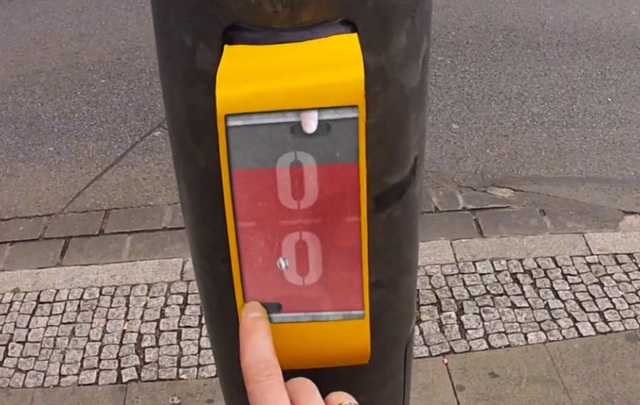 A couple of designers out in Germany are trying to make traffic lights cool again.

If you’ve ever been to a major city, then you’ll know jaywalking is not an option. Try running across a street in downtown Manhattan and you’ll know how angels are made. Seriously, those traffic lights for pedestrians are there for a reason – so you don’t die.

However, getting people to stand in the same spot, having to look at their smartphones like neanderthals, is so yesterday. This is why Sandro Engel and Amelie Künzler designed a straight-forward version of the game Pong for pedestrians to entertain themselves with while waiting to cross the street.

“I thought the time waiting at a traffic light is really boring,” Engel says. “I want to transform the boring time to an awesome time.”

According to FastCoExist, “Engel and Künzler are currently trying to raise funds for the mass production of these tools through an Indiegogo crowdfunding campaign.” Click here to check it out.