These suckers are selling out fast so be sure to secure your place in line. 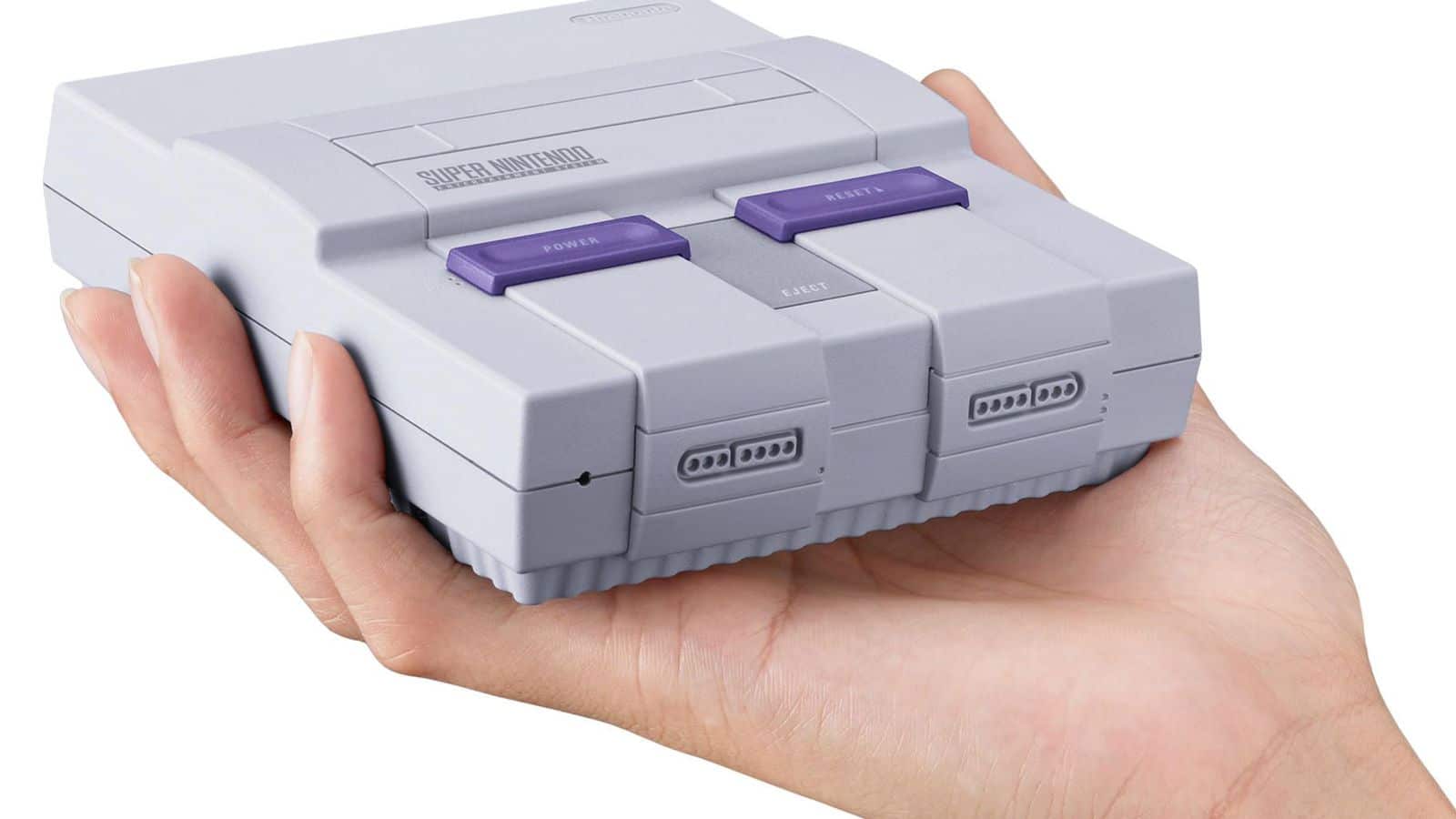 Update: Everything is virtually sold out. All hope is lost.

Super NES Classic preorders are now live and as expected, inventory is being depleted faster than we originally expected.  The Super NES Classic is a minature version of the 90’s era Super Nintendo and it’s bundled with 21 games which include Contra III: The Alien Wars, Donkey Kong Country, Final Fantasy III, The Legend of Zelda: A Link to the Past, Star Fox 1 and 2, Street Fighter II Turbo: Hyper Fighting, and various Super Mario versions (Kart, RPG: Legend of the Seven Stars, World, and Yoshi’s Island).

The console is set to launch on September 29 for $79.99. But today, the preorder floodgates have been lifted, meaning, you can secure your Super NES Classic right now, if you’re lucky.

Below you’ll find where you find the Super NES Classic, along with some notes of availability.

Unfortunately, these suckers sold out really fast. Pre orders started at midnight, August 22. Amazon’s  Super NES Classic preorder page is here. Luckily, you can enter your email address to receive alerts if and when the online retailer gets more stock.

Best Buy started taking preorders Tuesday morning, August 22, and just like Amazon, they sold out almost immediately. Keep an eye on that page if none of the options above pan out.

GameStop’s Super NES Classic page isn’t available yet, but it should be up sometime soon.

Update: Preorders are live now, but it looks like the page is down.

Target’s Super NES Classic page is live, however, it’s just a “coming soon” page. Preorders should be up any day now.

Walmart made a huge mistake on July 21 when they announced they were taking preorders on their site. This resulted in a bunch of orders, which in the end, Walmart ended up canceling. Hopefully, they’ll start taking preorders soon. Preorder page can be found here.

Update: Preorders went live around 1:00 PM EST but it looks like they’re all sold out.

If you don’t mind paying a premium, eBay has Super NES Classic’s ranging from $200-$300. This should be your last resort if you can’t find any preorder options above.