Professional Street Fighter player, BrolyLegs, plays the game better with his face than I do with my hands

Think you are good at fighting games? You haven’t met BrolyLegs 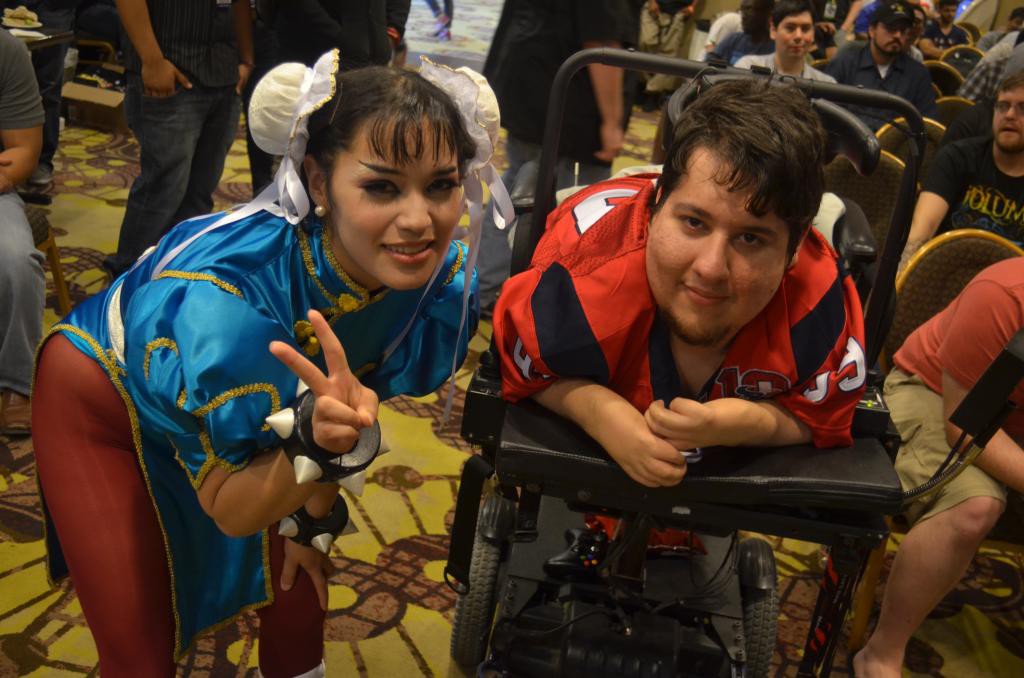 Think you are good at fighting games? You haven’t met BrolyLegs

Mike “BrolyLegs” Begum is really something else. Born with arthrogryposis, which limits muscle development, he is in the upper tier of Street Fighter players. BrolyLegs can’t use a fightstick or hold a controller in any traditional sense, so he uses the his face and mouth on the controller instead.

First hearing about him, I’d think beating single player would be an accomplishment, but BrolyLegs is beating the crap out of a majority of the competition overall, it seems.

When I watched Capcom’s video package that detailed BrolyLegs’ background and ability, I was absolutely amazed. I enjoy fighting games and consider myself a decent Rush Down player, but watching BrolyLegs play Chun Li, I know I wouldn’t even stand a chance.

As a matter of fact, your typical player probably wouldn’t. BrolyLegs is currently ranked 687th overall in the professional Street Fighter world rankings (the total pool is nearly double that number) and even placed 5th in August’s Absolute Battle 6 tournament. To top it all of, he’s the #1 ranked Chun-Li online in Ultra Street Fighter 4.

BrolyLegs’ handicaps don’t hold him back from doing what he loves, which apparently is entering tournaments and wrecking opponents that expect a free win. It also looks like he does a bit of streaming from time to time, so he is probably handing out these beatings online as well. It’s really cool to see someone overcome as much adversity as he has and actually make a name for themselves in the fighting game community.

At the end of the day, BrolyLegs seems to have a simple piece of advice out there for those looking to accomplish what he has, “Get good”.