It takes a lot of guts to remake a game in the first place, but to put your own spin on a classic while still remaining labor of love really speaks for Inti Creates. 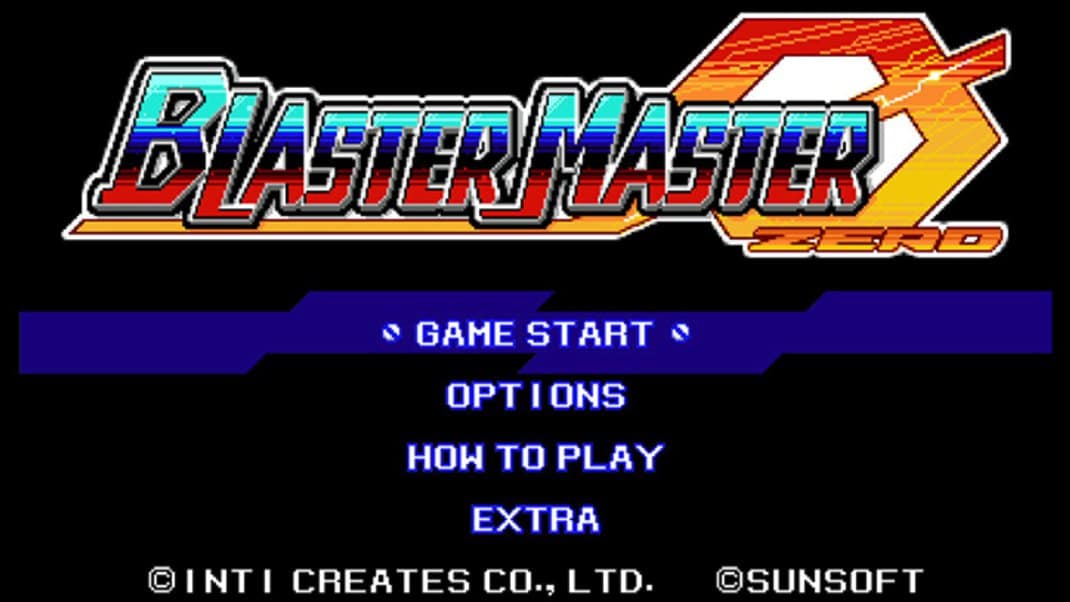 The original Blaster Master on the NES was one of my guilty pleasure games as a kid. It was absolutely unforgiving – brutally difficult, impossible to navigate, and full of cheap gimmicks that would easily set you on the path to Rageville. Despite never actually completing it, Blaster Master was right up there with Battletoads as a game that I loved to hate and I continually plugged away at it in hopes that I would eventually get through it.

I never did, I couldn’t get past Area 7. It wasn’t until many years later as an adult that I finally finished Jason’s task but not without the assistance of an emulator and save states. While Blaster Master did eventually see a sequel on the Genesis as well as a few Game Boy titles and a laughably bad PlayStation entry, the spelunking adventure seemed destined to rest in the hearts of fans as a cult classic that would never see the light of day again. Suddenly, Blaster Master Zero appeared for the Nintendo Switch and the 3DS, and everything was right in the world again.

Blaster Master Zero revisits the story of Jason chasing after his escaped pet frog Fred, only this time instead of Fred jumping onto a radioactive barrel and mutating, Jason chases him through an inter-dimensional portal. The story gets fairly silly here but it does manage to expand where the original tale shows Jason chasing Fred into a giant hole where he finds the tank known as Sophia the 3rd. In this reboot Jason finds the tank, goes looking for Fred, eventually rescues a girl named Eve, and they work together to eliminate the mutant/alien/whatever threat. While it’s certainly different than the original game, these changes allow Blaster Master’s future iterations to expand on a more fleshed out story and I’m pretty anxious to see where it goes.

From a gameplay standpoint, Blaster Master Zero feels almost identical to its predecessor. The levels are mostly the same, but now there’s a reason to actually explore every possible cavern or door because there are now a plentiful amount of powerups not present in the original game, including a weapon lock which allows you to take one shot of damage before losing Gun power which is clutch in sticky situations, and additional health which eventually gives Jason and Sophia double the amount of health they start with.

Blaster Master Zero attempts to modernize the original game by adding a lot of extra content and convenience, including better checkpoints, not having a set amount of lives or continues, and most importantly, a built-in map system. This makes the exploration part of Blaster Master almost trivial because the original game had plenty of sections that were almost impossible to find your way through – looking at you Area 4 sewers. Another convenience added is that Jason now has a different gun for each power point instead of the progression from short range bullets to the wave gun. In Zero, Jason gets short range, long range, a machine gun, a flamethrower, a shield, an electric shot, and multiple grenade powerups which change the game substantially while still remaining familiar when compared to the original.

On top of the convenience changes, Blaster Master Zero also sports the retro look of the original game but looks more like a 16-bit successor, allowing for both Jason and Sophia to have more detailed animations and models. Even the music in Blaster Master Zero has a few remix versions of the original tracks, but there’s new themes included that make the soundtrack memorable and a fantastic addition.

It’s clear that Inti Creates built this remake with the fans in mind, as this remake is very careful in everything it does – deliberate choices meant to enhance the experience instead of annoying or turning people away. It takes a lot of guts to remake a game in the first place, but to put your own spin on a classic while still remaining a labor of love really speaks for their love for the franchise and their respect for its fans.

If there’s one thing to complain about with Blaster Master Zero, it’s that this remake is considerably easier and more approachable than the original. That’s not necessarily a bad thing, but in the 8 hours it took me to 100% the game, the only section I struggled with was the underworld of Area 7 in which you have to dodge sentries with flashlights in order to avoid aggro’ing the entire room of enemies leading to a quick and immediate death. The gun and grenade upgrades make the majority of fights trivial, and between the Beam cannon and the Electric gun which chains lightning attacks to nearby enemies, it’s extremely easy to survive even the toughest encounters.

There are a plethora of new bosses to face off with, and there are new twists on familiar fights – such as finally being able to break Crabullus’ claws or that the Plutonium Boss (Skelevenom) is now a robot named Venom Master which shoots giant lasers with the help of a fleet of summoned drones. While the story itself was never really deep, the expansion is a bit silly in comparison to the original story, but now at least there’s a story to follow and a basis to build future titles. I’d explain why this one is called Zero, but to do so would ruin the true ending of the game.

As a big fan of the original Blaster Master, Blaster Master Zero is a welcome return to the roots even if the game is made considerably easier by convenience – but in turn that makes it more approachable, and I sincerely hope this means more adventures for Jason and Fred going forward. If you own a Nintendo Switch or a 3DS, this is the best game you can currently buy for $10 and it’s easily worth double that price.