The Blitzwolf BW-PF2 portable battery pack is a tremendous little charger, and I highly recommend picking one or two up since they’re only $25. 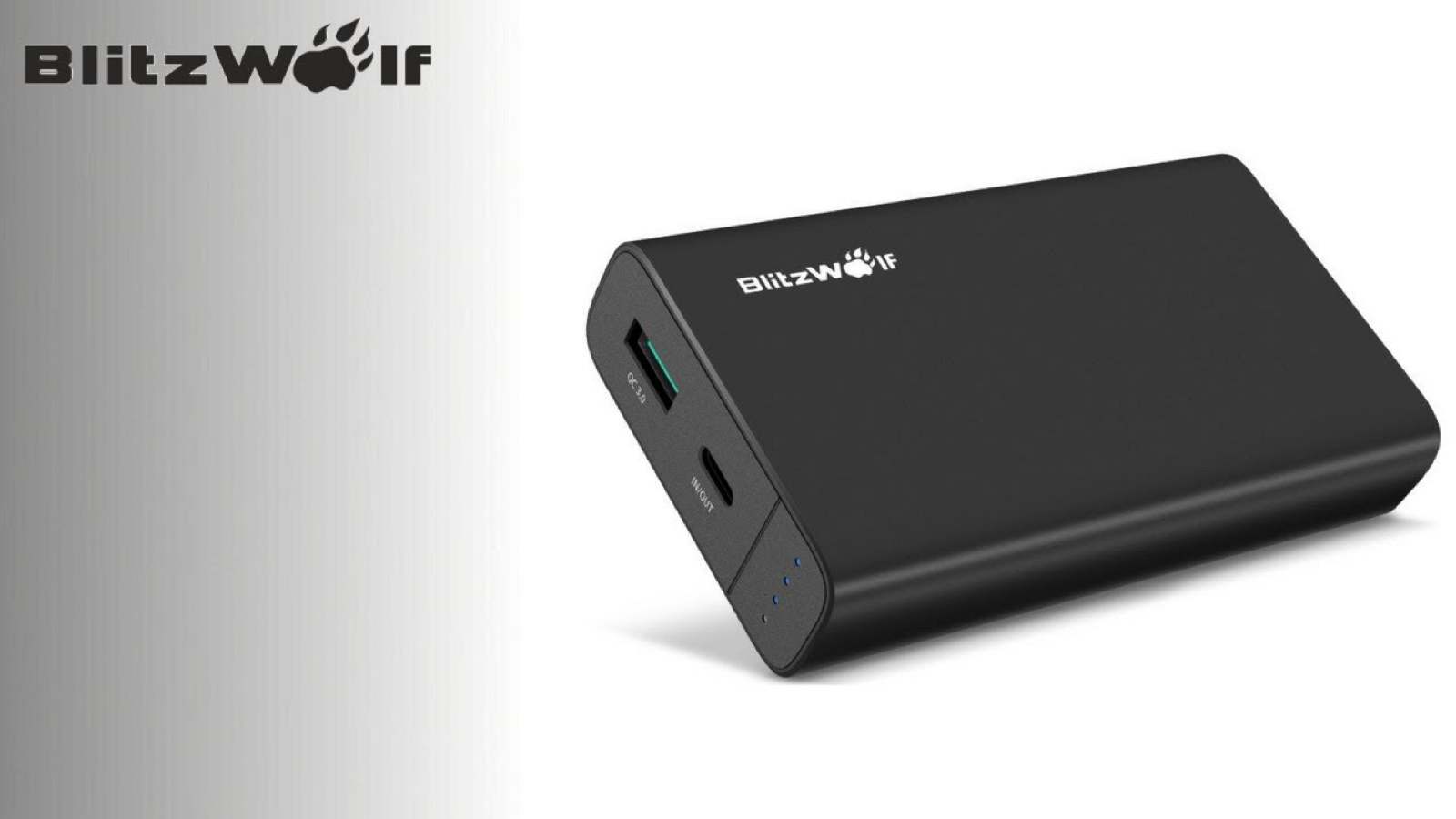 One of the biggest issues you’ll face is finding a decent rechargeable battery pack that isn’t the size of a friggin truck. I have a 23000mAh Anker battery pack which can charge three devices and has a 3.0 USB fast charging port for superior rechargeability when on the go. The problem is, it’s huge – like it’s almost a foot long and 4 inches wide, and weighs like four pounds. Good if you need to club someone to death in a quick instant, but it gets really heavy in my backpack during trade events like E3.

However, our friends at Blitzwolf sent over one of their fairly small Blitzwolf BW-PF2 battery pack which might be able to alleviate some of those issues.

First off, the Blitzwolf BW-PF2 is pretty small for its size – coming in around the size of an iPhone 4S, but around an inch or so thick. The Blitzwolf BW-PF2 isn’t terribly heavy either (around half a pound), but it lacks multiple device support as it only comes with one quick charge USB 3.0 port, and of course,  an input which allows the battery pack to be recharged once you’ve killed its power supply. The BW-PF2 comes with a MicroUSB charging cable, but it doesn’t come with an AC Adapter, so you’ll likely need to be carrying your laptop or some other sort of wall plug to recharge it once you’ve killed the 10000mAh battery pack.

On the side, there’s a button with embedded LED lights which will show you how much charge remains on the battery pack, which is pretty par for the course on all battery packs these days. I had a surprisingly good experience with this battery pack. I was able to charge my iPhone X twice or my MacBook Pro once with it, so it’s more than enough to keep you going unless you’re an absolute die-hard power user. But even then, I think you’d be hard pressed for this battery pack not to last you for more than a day or two.

I may actually consider taking two of these to the next industry event I attend instead of my much larger battery since I really only ever need to charge one device at a time. Maybe if I take two, I can plug my phone and my laptop up and keep things smoothly separated.

At any rate, the Blitzwolf BW-PF2 is a tremendous little charger, and I highly recommend picking one or two up since they’re only $25. If you plan on purchasing one sometime soon, apply coupon code BWPF2 at checkout to get a $15% discount.

Blitzwolf’s BW-PF2 10000mAh Portable Battery Pack is available at BangGood and should be on Amazon soon. The BW-PF2 was sent to us for review by Blitzwolf.