Decent performance at a low cost, but fragile like your Grandma’s hip. 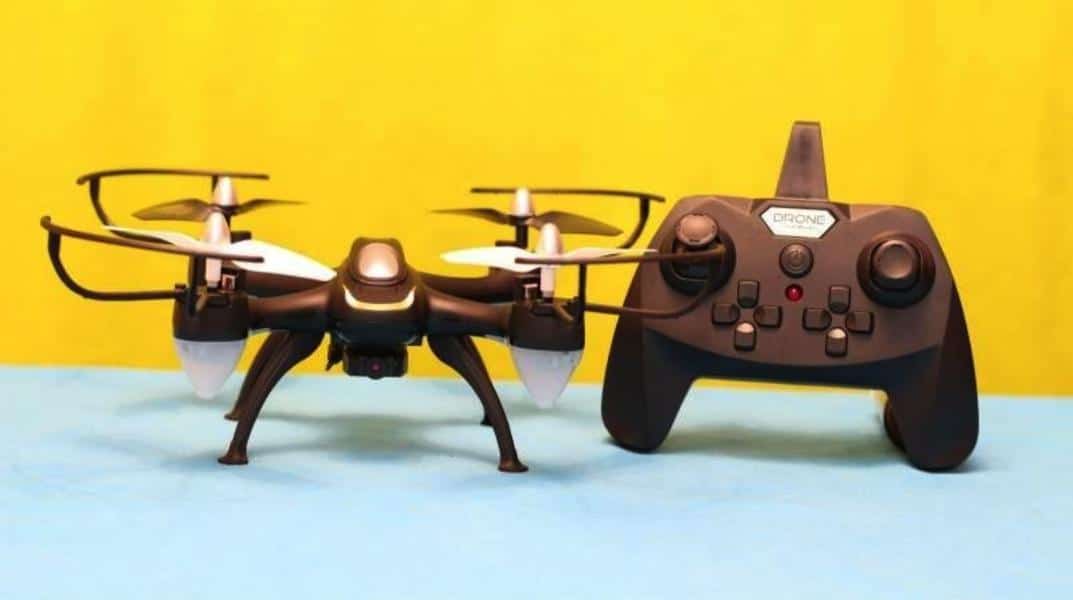 Every once in a while Kevin lets me escape the non-stop onslaught of GameTechie to get my hands on some stupid shit that I have no business having at my disposal, and this Eachine drone was no exception to the rule. I’m a big fan of RC cars, but I am terrible when it comes to flying because I don’t have a lot of practice. That said, I’ve got the basics down pretty well, and this thing has been a blast to play around with.

I’ve been playing with this thing in my office at work for the past week or so, and it’s got a decently surprising flight time – about 15-20 minutes, and it recharges in 30-50 minutes, so it’s hard to complain about the battery life.

It’s also been incredibly sturdy despite my fear that it was extremely cheaply made. It’s made of a really light and cheap plastic, and it’s got propeller/crash guards that screw in place, but the screws are so cheap that on the first crash the screw snapped in the center and sent one of the guards flying. At this point, I took them off, and that’s when I realized just how sturdy this little thing is.

I’d be lying if I said I was good at being a drone pilot, but I’ve beaten the shit out of this thing for a week solid and yet it still works. I even managed to crack the plastic trying to fix the transparent plastic cover that holds the LED lights on the bottom, and it still functions decently. It’s also taken some nasty falls from 20 feet in the air and while it bent the rotors, somehow straightening out the rod returns the flight ability though, a little noisier because the plastic rubs from the vibration of the bent rod.

The E33C is all the typical Chinese horseshit you’d expect – features advertised on the box that doesn’t work or aren’t included. There’s no smartphone app for this model, even though the picture on the box shows someone mounting their phone to the controller.

Speaking of the controller, it requires four AA batteries, but the life has been great on it, and I haven’t had to charge it with almost constant use every time the battery for the drone had power.

There’s a cheap ass camera you can clip onto the E33C, but it’s only .3 MP (advertised as 2MP on Amazon but corrected once you read the manual). It looks like someone snatched it out of a Sanyo flip-phone from 2003. And since I didn’t have a spare Micro SD card to put in it, I didn’t bother testing the camera since it would just drain the otherwise decent battery further.

While it’s easy to shit talk some of the shoddy knockoff electronics we receive at times, the E33C is actually a pretty decent pickup for the cost. It’s $50 and that’s low enough for a throwaway to learn how to fly a drone, and it’s slightly better quality than shit like Road Hogs or things made for kids.

Say what you will, for an experienced drone pilot this thing can provide some serious fun and it puts off a very nice bit of air as it flies by. In fact, I constantly have to pick stuff up that blows off my desk when someone rushes it above my head. The controls are a little annoying since the controller looks like an Xbox controller, but being able to press the right bumper and flip the right stick to do self-automated barrel rolls is a really neat trick.

This thing is definitely better than most cheap drones on the market, and certainly more suited for learning/intermediate pilots – though you’ll have to do advanced things like level out the trim to get the most out of the E33C’s flights.