It looks and sounds great, but even this remaster’s improvements and decent combat doesn’t make the story any better. 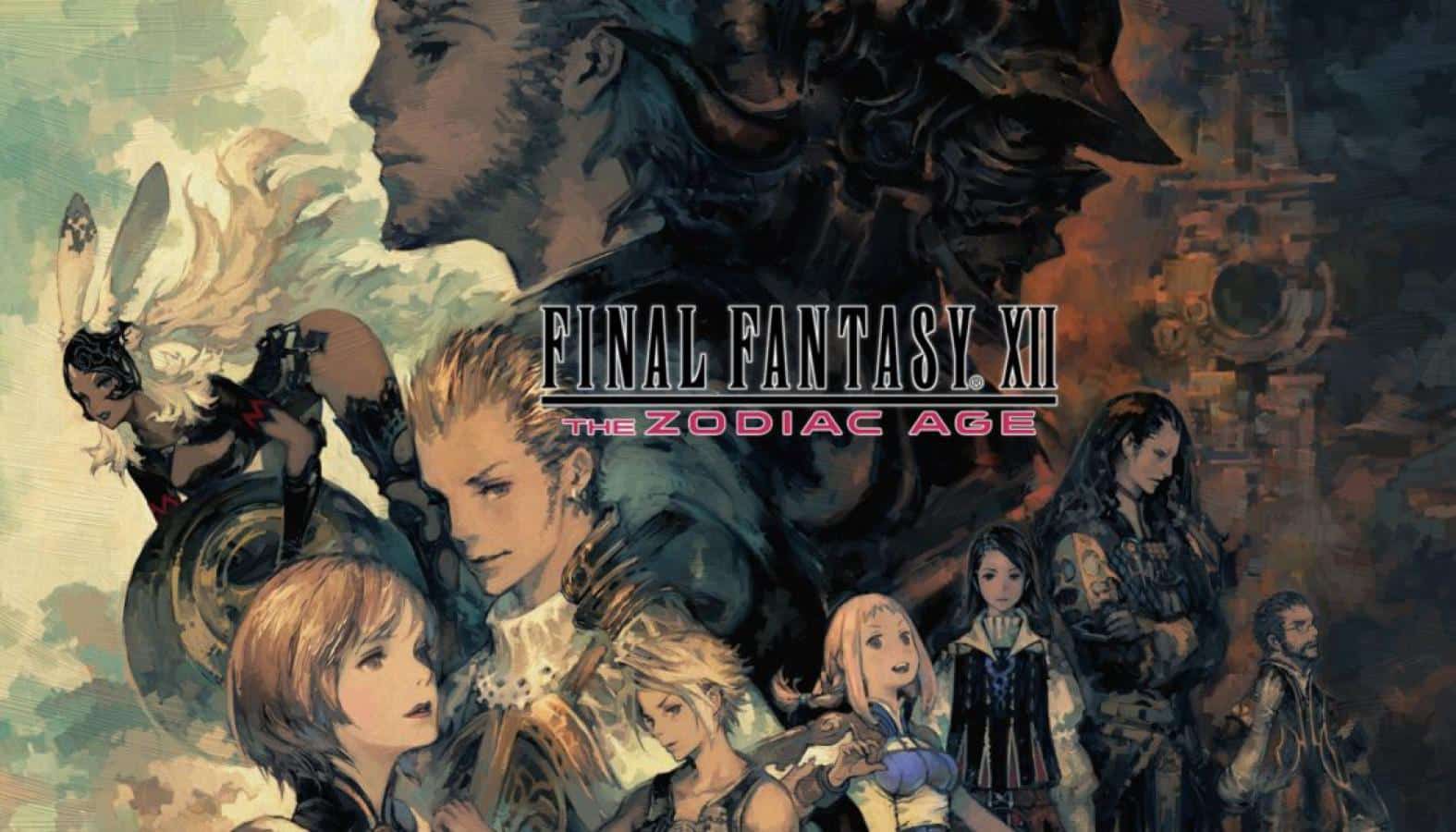 Image: GamingCentral
The Good
One of the best HD Remasters yet
Combat is solid and can be changed from real time to turn based on the fly
Voice acting is still excellent 12 years after the original release
The Bad
The story is a dumpster fire
A lot of the jobs ultimately don't really matter
There's way too much RNG which artificially increases time needed to play
The tedium of certain achievements do not respect the player's time
7.5

People are often really touchy when it comes to HD remasters. Some people are excited for them because they’re finally getting a second chance to play something they previously missed with updates to make it more in line with current games. However, sometimes, HD Remasters can be a bad thing – a staunch reminder that nostalgia should sometimes be left in the past. While I’m generally happy that any storied franchise gets revived and updated, Final Fantasy XII should have stayed forgotten in the memory cards of the PS2. This game has one of the dumbest stories in recent memory, and now that I’ve had even more things to compare it to since it originally released, I hate myself for forcing myself to push through it.

This remaster originally came out on the PS4 back in the summer, but it just released on PC a few days ago, so I figured it’s relevant since I just recently completed it after rage quitting it back in 2006. I loved Final Fantasy X, and I even admit to enjoying X-2 (in spite of the Spice Girls-inspired “girl power” story), but even that game made some sort of semblance of sense. Final Fantasy XII was inspired by Star Wars: Episode 1, and it shows because it’s got a terrible story mashed together in a pot of good ideas that only got baked on one side for about 12 minutes before it was pulled out of the oven. Before we continue this abominable dreck of a story, let’s talk about the good things that The Zodiac Age brings to the table.

First and foremost, The Zodiac Age is the international version of Final Fantasy XII that was released in Japan. Streamlining the abysmally confusing license grid to create classes/jobs that veterans of the franchise are a little more familiar with. Instead of a big ass confusing grid where you can put points wherever and hope you unlock something useful, you’re now given twelve jobs to choose from, as each job represents a Zodiac sign:

It ultimately doesn’t matter who you give what job to, as only a few of these jobs really matter in the first place and since you can only use three party members at a time, you’ll likely want to equip those who you use the most with the best possible job combinations. There are plenty of guides on how to min/max each character and job for perfect HP and other stuff, but it’s way overkill for actually just getting through the game. I personally made it through the game using White Mage/Red Mage/Knight without much issue except for a few of the harder fights where you’ll have attack or magic barred, in which case you’ll want to swap a damage dealer out – but again, it’s rarely needed. I swapped out Ashe to use Fran to spam Scathe as a Black Mage for those few fights and then she went back to the bench.

Combat in Final Fantasy XII: TZA is essentially the same as what you’ll find in the MMORPG Final Fantasy XI. Enemies draw red lines to let you know who’s getting attacked, as allies draw blue lines to denote their actions. You can also change it from active time to a more traditional turn-based battle sequence on the fly, but again, aside from a few fights, there’s not much reason to change it from real-time – especially if you keep your buffs up with gambits.

Speaking of Gambits, they allow you to program the characters to do what you want without any real input from you as the player. Automatically set your tank to attack while your white mage clears debuffs and heals, using your other character to either DPS or back up heal and you can basically just run around and farm as you want with little attention to caution. What it doesn’t do is lock things down to a science, so even though it might feel like autopilot, the wrong move in your gambit slot will cause you certain and utter doom. Boy, was I surprised the first time I fought one of those slimes that do an AOE poison/sleep/silence. You learn quickly to balance it out, and combat actually becomes pretty enjoyable.

Graphically, Final Fantasy XII: TZA is gorgeous with the remastered textures and cutscenes – some of them look incredible, including a lot of the dogfighting scenes you’ll see later on in the story. Sound design is still top notch, but of course, it is, it’s Final Fantasy. The voice actors did an excellent job, and their performances still hold up over ten years later.

There are also other things to do aside from advancing the main story, most notably doing hunts for Clan Centurio. The hunts become progressively harder as you complete them and you’re given some rewards for completing them – most importantly access to all the green mage spells from the guild supplier. Ultimately that’s where the game starts to take a downward spiral, as you’re often out looking for spells and technicks you’re missing even though you’ve probably gotten enough license points to unlock them on the grid. Some spells only appear in certain locations, but they have a 100% chance to be there when you arrive. That part is okay, but there are some spells like Cleanse or technicks like Addle that only show up 20% (or less) of the time, and if you don’t know where to look you’ll probably miss it.

RNG plays way too big of a role in the long-term enjoyment of Final Fantasy XII. I enjoyed the side quests (aside from having to talk to people for chops in Arcadia), and the beast hunts were a fun way to distract from how much I loathed advancing the story. Unfortunately, filling up the bestiary is a royal pain as there are 80 rare spawns not including normal mobs, bosses, espers, marks, elite marks, or imperials. That means you’ll spend a LOT of time grinding if you want to complete the game fully, and probably a ton of time looking up resources to see where things can be found. That’s good for selling Prima Guides, but terrible for respecting the player’s time.

Fortunately, TZA includes a trial mode that allows you to find a lot of those rare spawns without having to do as much legwork but that’s assuming you put in the time getting strong enough actually to complete all 100 trials. The other good thing is that those trial rewards not only can be carried over into the main game, but you can farm certain items by replaying trials. This means you could essentially farm six Ribbons before you hit Arcadia if you know what you’re doing and have the patience to fight to level 60-something six different times, farm the steal from the mob, and then import that save into your normal save. It’s a chore, but it DOES exist if you need to be OP.

While there are things to like, I couldn’t get past the utterly repugnant story. Vaan is basically a mix of Anakin Skywalker and Aladdin. He’s a street urchin, who wants to be a Sky Pirate. His childhood friend Penelo tags along basically just to make sure he doesn’t kill himself doing something stupid. Balthier and Fran are Sky Pirates who begrudgingly take Vaan and Penelo with them on their adventure, but it wouldn’t have made much of a difference in the story at all if Balthier had told Vaan and Penelo that they couldn’t come. Basch is the real main character of this game, and his struggle to regain his fallen honor after his twin brother makes him the scapegoat in an assassination is the only relatable story that even happens in this game. Ashe wants revenge for the murder of her husband, Prince Rasler, but seems unwilling to accept her rightful place as the crown of Dalmasca.

Even as the game progresses, she’s still kinda like “meh, I guess I’ll do it cause I’m supposed to.” She never shows any conviction or any motivation to do much of anything, which is insane considering how much conviction and reason is shown by Vayne and Larsa Solidor. Why am I playing a game where I’m going to inevitably “beat the bad guys” yet they’re the ones who ultimately deserve to win? It’s fucking terrible writing. Even Reddas, a guy who’s only in the game for a short period of time is more likable than Princess Ashe. Hell, Rasler is more likable than Ashe, and he’s dead the entire game. Balthier and Fran ultimately save the day and move on in search of their next treasure while Penelo’s basically revealed as the narrator. Vaan finally gets his ship, but who cares? It ends obviously setting up a sequel – which it kind of got in Revenant Wings – but the whole ordeal is just an exercise in frustration.

And you thought Final Fantasy XV’s story was bad. At least that one doesn’t make sense because parts were missing.

At the end of the day, Final Fantasy XII: The Zodiac Age is undoubtedly a fantastic HD remaster. The graphics are crisp and clean, they look great, and the voice acting still holds up far better than Final Fantasy X’s. If you can get past the awful story, grinding the beastiary and hunts is a great way to turn off your brain and just get lost for a while – but it’s really hard to justify now that Monster Hunter: World exists.