You tryin’ to get big sound and look fly for less than $100? Let me introduce you to LucidSound’s LS20 headphones. 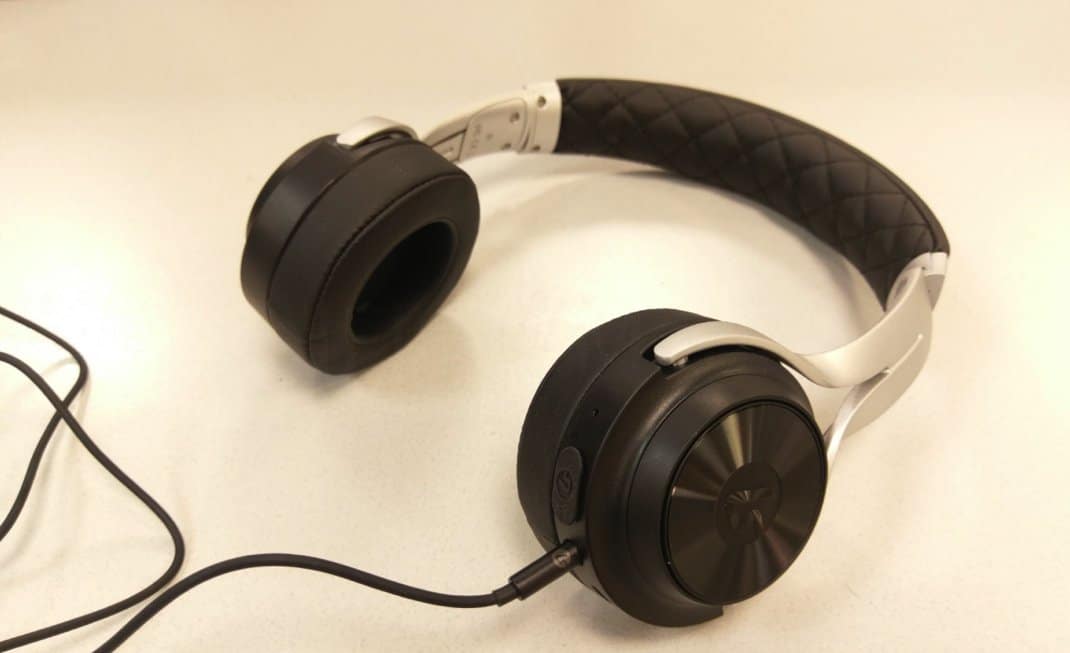 Let’s face it, gaming headsets are often overpriced and look absolutely ridiculous to wear anywhere that isn’t a room where you’re completely alone in. For fashion-conscious people who want quality headphones that can do all the things, you’d want as both a headphone enthusiast and a gamer, LucidSound steps in to bring forth a headset that is both big on value and looks as sleek as a set of the always popular Beats by Dre.

LucidSound’s LS20 headset is the most basic model of gaming headset that LucidSound offers, and at a fairly low price of around $50, it certainly falls into the impulse purchase price range. The LS20 headset works in analog mode, allowing you to connect it to your mobile devices or your game consoles using the included 3.5mm headphone cable. Where the LS20 shines is that it is compatible with almost any device you want to use it with. I took mine to PAX East and used it to listen to music while in transit, as well as plugged in into controllers to hear game sounds while on the show floor.

Connected via the headphone jack, the LS20 operates in an analog mode which allows you to hear sounds while controlling the volume of the devices by using the onboard sound of that device. When in analog mode, the sound is decent albeit kind of weak. Even at max volume when connected to my iPhone 7+ or my Nintendo Switch the volume isn’t all that loud (and sounds kinda muddy at the highest volumes) in comparison to similar headsets, but that’s not a big deal because the LS20 still has a trick up its sleeve: you can turn it on to activate an amplified boosted mode.

While powered on the LS20 gains a notable increase in performance. The sound is much more vivid, clear, and the bass is boomier. They go from decent on-ear cans to high-quality headphones with the press of a button. There are also some built-in EQ settings you can toggle while the headset is powered on, and you can control the volume of the headphones by turning invisible to the eye dial on the left side of the headphones.

LucidSound’s biggest draw is the physical look of the headphones. These are full-featured headphones and they’re built with gamers in mind, even if they don’t immediately look like they fit the bill. There are two microphones on these headphones, one built in for being on the go and a detachable boom mic for when you need even more clarity and quality. You could leave it attached while you’re in public, but it makes the LS20 more identifiable as a gaming headset which defeats the style choice. I took some phone calls on my LS20 with the built-in mic and it has surprisingly decent quality even though it doesn’t do much in the vein of noise cancellation at all.

For about $50,  there isn’t a better-built set of gaming quality headphones on the market. The battery life is around 10 hours on the LS20’s active mode, and it seems to last a little longer if you’re sporadic with the usage. Recharging is easy by using the included Micro USB cable but by this point if you don’t have something that can charge Micro USB you probably aren’t buying these headphones anyway.

The quality of the build isn’t as high as I’d like, but even at the $50 price point, they feel premium. They don’t feel as well constructed as the LS30 which are about $50 more. The LS20 also doesn’t have any sort of wireless capability of all, which is a bit of a bummer as I’ve done reviews for other headsets that are half the price and have full Bluetooth compatibility, but the trade-off is the superior boom mic capability and a complete analog mode which doesn’t require any power at all.

In fact, my only real complaint with the LS20 is that it absolutely kills my ears the longer I wear it. The faux leather feels nice on the earcups and the headband, but the padding is too soft inside and the headset fits snugly on my head which presses my ear onto the arm of my glasses, resulting in painful usage after 30 minutes or more. The pain subsides by taking off my glasses or simply wearing them with the arms pushed up so that they aren’t in the path of where the LS20 earcup sits – but it’s an oversight that I’m sure LucidSound will fix with future headsets.

Even with my gripes, it’s really hard not to recommend the LS20 headset. Everything I’ve done with it sounds great, from video games to music of all genres, and phone or Skype calls. The boom mic is totally optional, and the hidden features being right in front of your face yet discreet make this headset a real winner. Wanna mute the headset? Press the left LS logo on the outside of the left earcup. The one on the right mutes the microphone. Simple and effective yet practically invisible and smart.

As of the time of this review, you can actually pick this headset up for $50 on Amazon (they’re usually $100) so there’s absolutely no reason not to pick one of these bad boys up if you’re looking for a higher quality set of headphones that will deliver in all situations.