The Parrot Mambo mini drone is a fun drone aimed at the person who wants to learn the basic mechanics of how a drone flies. 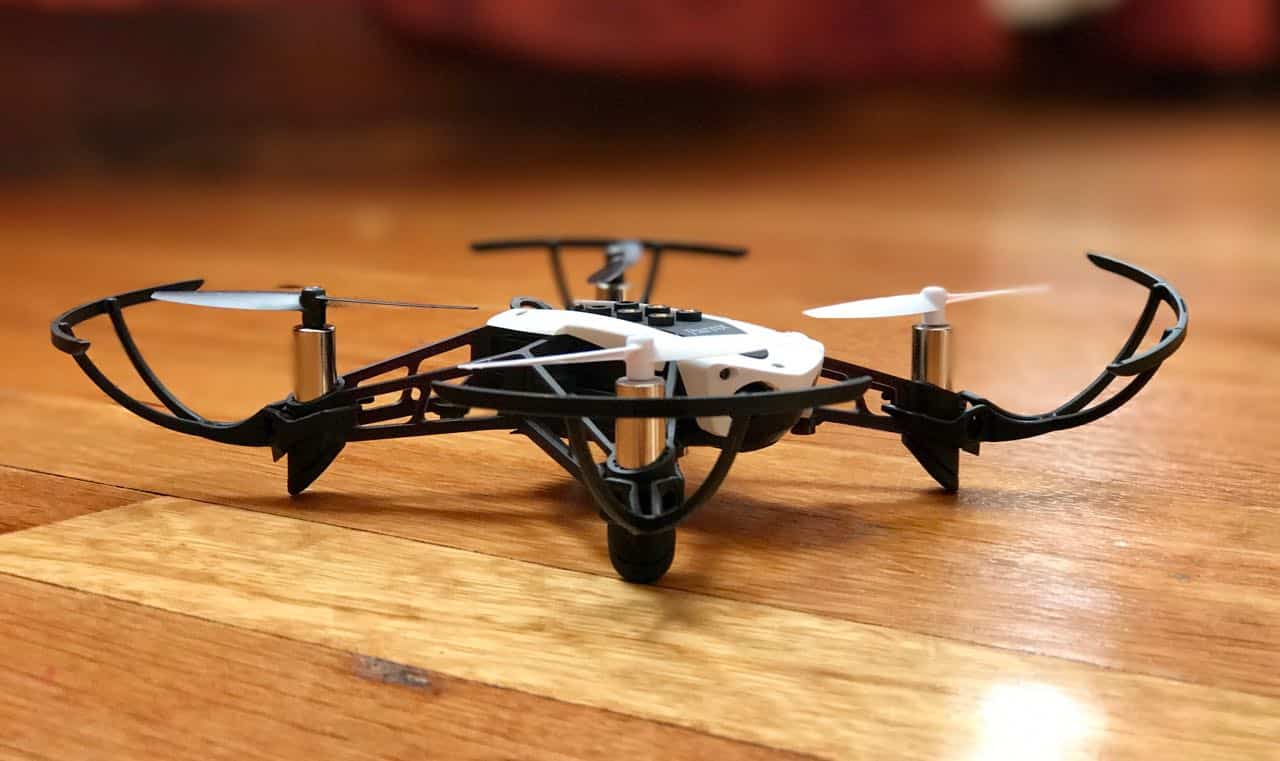 Drones are insanely fun and generally, I don’t pass up the opportunity to try a new one out. The latest to come across my desk is the Parrot Mambo. It’s a $119 smartphone-controlled quadcopter that you can fly effortlessly indoors and outdoors. It’s also capable of shooting out little balls as well as grabbing and picking things up. And It’s small and durable enough to take a beating from a first-time flyer.

Will it curb your appetite before buying a DJI Phantom? No. But it’s definitely a good starter drone to earn your wings before jumping into the bigger options available out there.

Accessories: When it comes to drones, there are not many companies out there that include accessories with their drone. Luckily, Parrot doesn’t follow their lead. For example, this drone comes with some cool accessories like a cannon that lets you shoot little green balls at unsuspecting victims. As well as a “grabber” that lets you deliver notes to people or pick something up.

Both accessories attach onto to the top of the device the same you way you connect two lego pieces together. It’s easy and a blast to mess around with.

Easy setup: Getting the Mambo ready for takeoff is actually quite simple. The drone is controlled via a Bluetooth connection so all you need to do is connect to the device Bluetooth. The whole process takes about 1-2 minutes. It’s actually pretty fast.

From there, it’s just a matter of navigating through the FreeFlight Mini app.There’s a button to take-off as well as landing. The hardest part of it all is figuring out how to control it, especially for a first-time flyer.

Unique free fall take-off feature: There’s a really cool feature on the Mambo drone that allows you to throw the drone in the air as opposed to hitting the “take-off” button on the app. Sure, it’s not something you absolutely need, but it comes in handy when you can’t find a flat surface to take-off from.

Short battery life: Since the device is so small, it’s pretty obvious the battery life isn’t going to be long. For example, the popular drones like the DJI phantom only have about 25-minutes of battery life.  The Mambo’s instruction manual claims to last up to 15-mins, but in my testing I found it to be around 7-9 minutes, depending on what you’re doing. Charging also takes a while too.

Things can get messy: Alright, this isn’t any sort of deal breaker, but remember how I mentioned the cannon that shoots these little green balls? Well, yea, they get all over the place and finding them all can get a little annoying. There’s literally a dozen of these balls around my house and I can’t seem to find any of them. So yea, there’s always that.

For the price, it’s a whole lot of fun. Is there similar drones out there that essentially do the same thing for a cheaper price? Sure, but with some limitations. You won’t get the fun accessories and you’ll probably have to cough up for more cash for a remote and batteries. With the Mambo mini drone, you’ll get the stamp of approval from Parrot, which is a highly known name in the drone world.

I had fun with it and I’m sure others will too. It’s a great introductory drone for someone who’s looking to add this to their growing list of hobbies, and it’s a perfect way to learn how to fly these sorts of devices. Eventually, you’ll want to upgrade, but the time you spend with it, I’m pretty confident you’ll have a blast flying it.

Parrot Mambo
Setup
8
Design
8
Features
9
Build Quality
8
Reader Rating2 Votes
8.8
The Good
There's a bunch of cool accessories to mess around with
Easy setup
A really cool take-off feature
It's a blast to fly
Surprisingly not not too loud
The Bad
Short battery life
Things can get messy with the little green balls and cannon accessory.
8.3
Overall
Related Topics#DroneTecheParrotQuadcopterreviewsmartphoneToysVerizon