Review: The Pax 2 portable vaporizer is the resurrection we’ve been waiting for

Pax Labs recently release their all new Pax 2. Will this one stand up to the test of time? Let’s find out….

A while back, I had the privilege of reviewing one of the best-selling portable vaporizers on the market: The Pax, by Pax Labs. It was a great device.  It was everything I was looking for in a vaporizer, and then some.

In my review, I mentioned that I would “absolutely recommend” the Pax to anyone looking to get their hands on a portable vaporizer. I boasted about the company’s 10-year warranty. I drooled over its design. I pretty much told you that the Pax was the best vaporizer that money could buy.

However, I have a confession to make: I’ve been proven wrong. Pax Labs recently released its newest and baddest version of its flagship device: It’s called the Pax 2, and it’s even better than the original.

Sure, the first Pax was great for its time. It was slick. It was sexy. Even better, it was inconspicuous. Although its design was impeccable, the device still had some flaws that I later discovered after writing my original review. After digging around, I found that I wasn’t the only one who felt this way: Other reviewers agreed that the Pax’s mechanical mouthpiece was subpar, and flagged charging issues with the device (I personally never experienced these). But, hey, these things are expected with any first-generation hardware.

So when Pax Labs sent me the Pax 2, it was a relief to see they’d listened to their customers and made some improvements. It was a little like opening Pandora’s Box, a happy Pandora’s Box however, without the destruction and chaos that typically follows.

After opening up the aesthetically pleasing packaging, there it was, in all its glory: The Pax 2. Right off the rip I noticed that the device is about 25 percent smaller than the original version. A noticeable absence was the mechanical mouthpiece; I looked around the box thinking perhaps it’s now sold separately. I was pleased to see that Pax Labs smartly replaced the mouthpiece for a simple vent encased in rubber.

Another considerable update to the Pax 2 is its bowl. My first impression was that it was bigger. To my surprise, it wasn’t. Technically, the oven is just a different shape: deeper and narrower – meaning you can stuff more material in there without sacrificing the roast of whatever goodies you have on the bake. The reshaped bowl also makes cleaning the device a breeze.

One of my favorite updates to the Pax 2 is its charging station. Pax Labs really hit it out of the park with this one. Instead of having to mount the Pax upright on a charging dock, the Pax 2 uses a magnetic USB charging dock: you simply lay it down on its charger, similar to how you would use a wireless power mat. 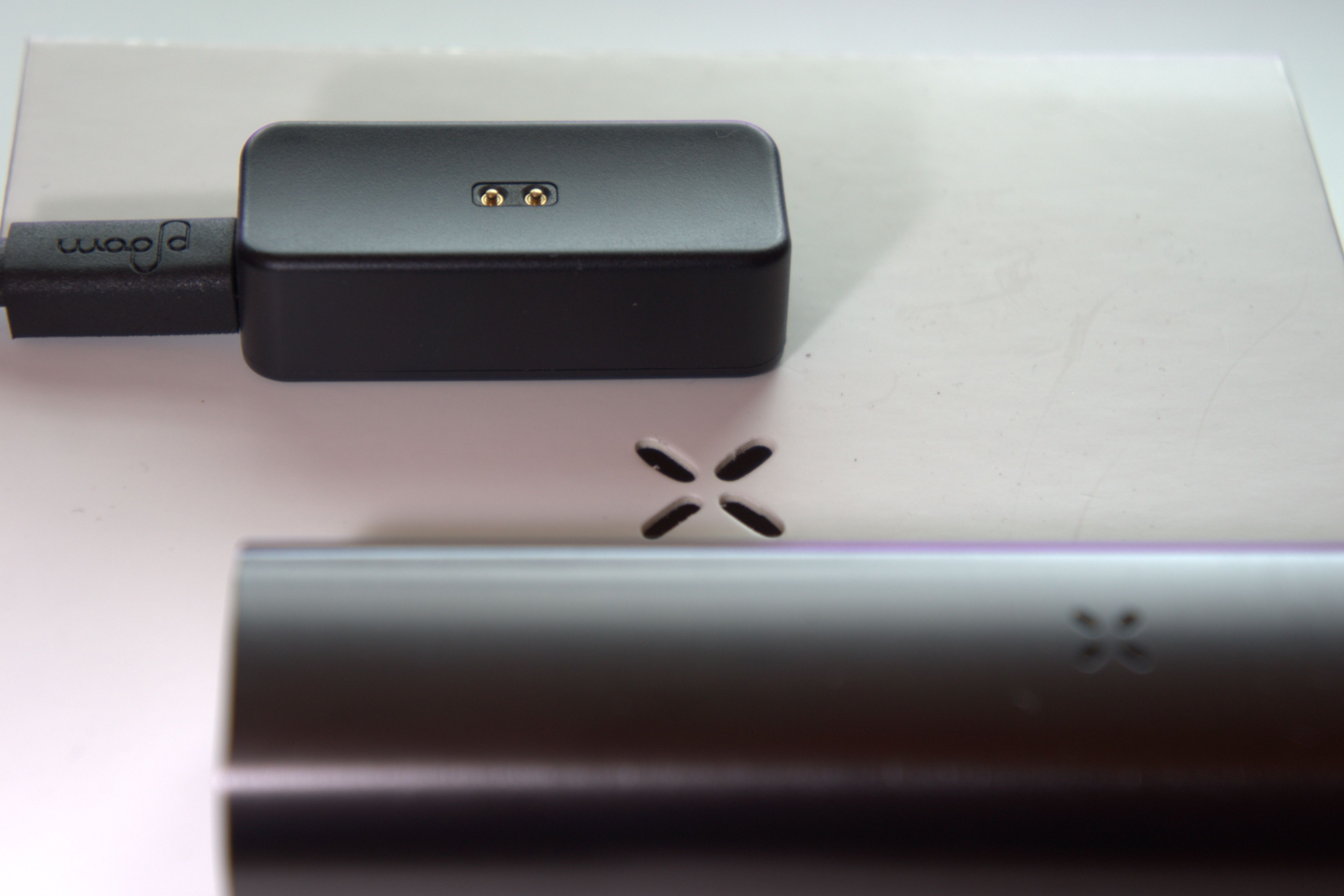 Pax Labs also equipped the Pax 2 with a higher-capacity battery that improves its longevity by approximately 25-30 percent – an expected improvement in a second-generation product. What I didn’t expect was the technology behind some of the battery saving methods, namely the ‘smart’ mouthpiece that optimizes battery power and temperature to prevent excess battery drainage.

When it comes to design, this one area that Pax Labs always gets right. Unlike other popular portable vaporizers, The Pax 2 is something I can confidentially bust out on the street without anyone giving me the stink eye. Think of it like this: A vape is kind of like a car – you don’t want to drive a Pinto. The Pax 2 puts itself in the category of the Rolls Royce of vapes.

I gave myself a couple of weeks to mess around with the Pax 2. I tested it at home and on the go between the office and the occasional trip to the store. Hell, I even had other people jump in and give it a few whacks to see what thoughts they had on it. In short, their overall experience matched mine: the changes in Pax 2 make an already good product great.

Remember how I mentioned the Pax 2 has a wider and deeper bowl? I found that this contributes to the vaping experience as well. Since there’s more material being exposed to the heating element, that means you get more consistent rips. And did I mention how smooth it was? When I had other people try it, that was their first reaction as well. The new mouthpiece was a gamble, but it paid off in the end.

Another plus for this vaporizer is the simplicity of its interface: There’s only one button on it. To power it on, simply tap the button on top of the rubber mouthpiece. This new model makes it easier to change the temperature, too. With the original Pax, you would have to remove the mechanical mouthpiece and hit a button inside the device to cycle through its temperature settings. Now, you just press and hold the the power button until the LED’s display indicates which level of heat you’re currently running. The Pax 2 now offers four heating cycles as opposed to three.

And, as mentioned earlier, I found the battery life was greatly improved: When testing the charging process, I found that it typically takes about 2.5 hours to charge when the battery is fully drained.

Ladies and gentlemen, we have a winner

Pax Labs was able to make one of the best portable vaporizers on the market even better. I can only imagine the improvements we’ll see in their third generation model. But for the time being, I’m confident that the Pax 2 will hold me in good stead.

If you’re looking to get your hands on one of these bad larry’s, you’ll have to cough up (no pun intended) $279. It’s a pretty steep price for a portable vaporizer, however, Pax Labs has one of the best warranties in the industry. Your initial investment means your Pax 2 is covered for 10 years. All of the devices come in a polished anodized aluminum shell and are available in Charcoal Black, Topaz, Flare Red, and Platinum.

My buddy, Cid, who makes custom skins for the original Pax over at Acid Skins, led me to an easter egg hidden inside the Pax 2. When you shake the device to check its battery life, put the Pax up to your ear and you’ll hear a little song to the tune of “Funky Town.” There’s a bunch of other neat tricks you can do with the Pax 2; you can find some of them here.

How to add alt text to images on Twitter

How to stop Chrome from saving history on Windows and Mac

How to turn off Sleep Focus on iPhone