State of Decay 2 steps up to the plate to hit a home run for team Xbox, but gets hit by the pitch instead. 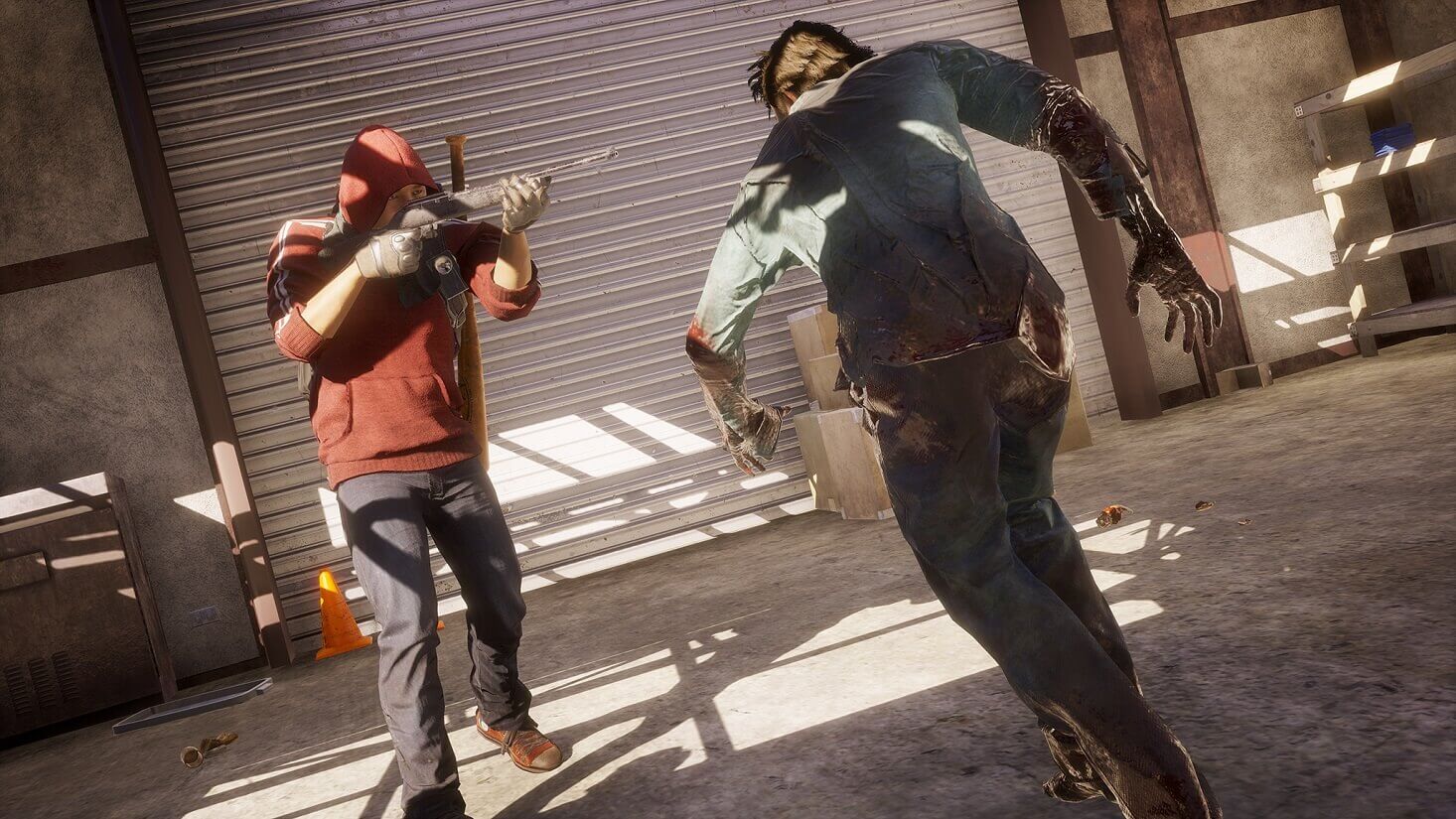 Image: Microsoft
The Good
There's a good game under all the bugs
The community management feels alive and is fun
The Bad
Graphically vanilla
Bugs and glitches will destroy your gameplay experience
Multiplayer was a hugely requested feature but pre-launch seemed to work off an aged framework
In 2018, how do you have a game issue quests to do things that have already been completed, making that quest impossible. How?!
6.5
Overall

State of Decay 2 is a good game that falls victim to a concerning trend in games, by releasing broken as f*ck.

Undead Labs’ followup to 2013’s State of Decay tells a story of how much a studio can improve over time, rather than tell one in the game. At the same time, it also presents the question of why Microsoft seems to think their game pass is a throwaway subscription that allows them to rush their first-party titles so they can then die. 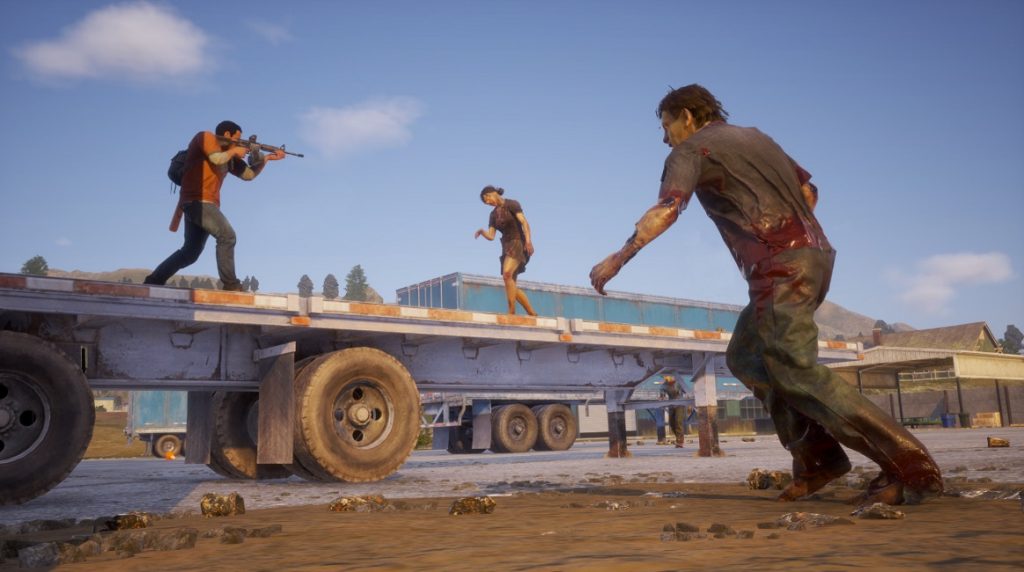 If you are new to the State of Decay series, the game is a zombie game in the same vein that the Walking Dead is a zombie TV show. It has zombies in it, however, the real meat and potatoes come from the remaining enclaves of humanity left and what it takes to survive. State of Decay, and even more State of Decay 2, is a game about managing your community of survivors and doing what you need to so that their goals are accomplished. Of course, you do this while trying not to become a snack.

State of Decay 2, as did its predecessor, lacks a main character. Instead of having one, you pick an initial pair of survivors that serve as the first two characters for your community. You are run through a semi-standard introductory campaign before you start recruiting survivors into your camp and fleshing out stories for those characters. If at any time your playable character dies, you will then assume control of another character in your community, while the character that died is gone forever. 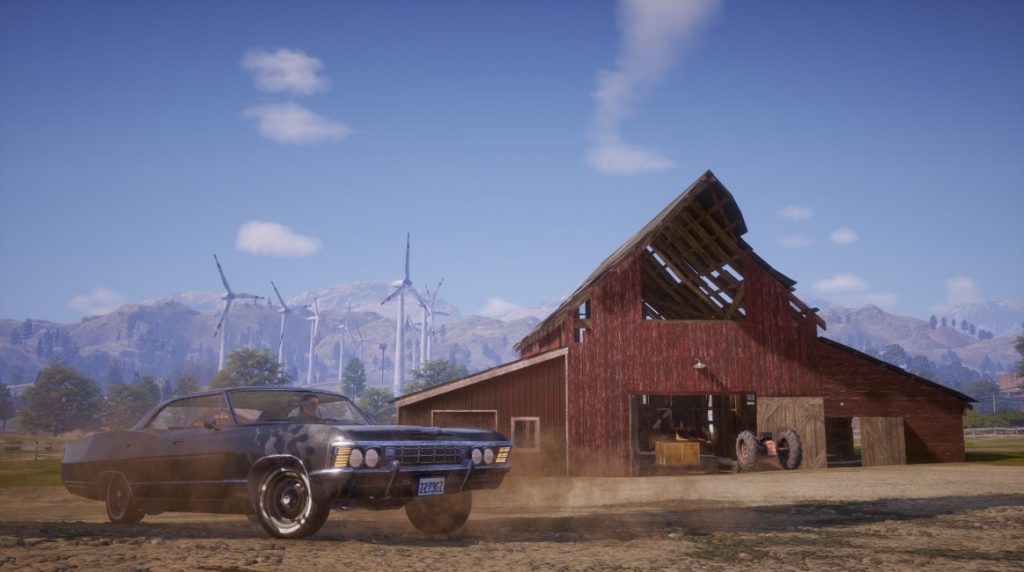 The concept of permadeath on a character whose skills you’ve grown for a long period of time is what really creates the most moments of fear in this game. I’ve lost characters due to AI running out into a swarm to fight zed and also just getting too close to special zed, like the unique juggernaut zombie. The special zombies serve as a reminder of the threat the zeds hold, but they aren’t even close to the deadliest enemies you will meet. That is an honor for the other survivors in the game.

Unlike zombies, survivors are able to use ranged weaponry. This means that the second time I declined to offer assistance to another enclave of survivors, they decided to attack with extreme prejudice. This initially resulted in me losing my best combat character after my AI controlled partner had their head popped like a grape. You can certainly appease most of the groups of survivors by sharing supplies and running errands, however as soon as you tell them you won’t share, they can turn on you and try to take what they want by force. This can be a devastating exchange.

As you grow and manage your community, you can also encounter issues with the size and limitations of what your home base can offer, as well as issues with survivors you invite into the camp. At a point early enough in the game, you’ll realize that there is only so much space available for your survivors as well as the fact that resources in your immediate area will run dry.

This means you will need to travel further to find what you need while risking encounters with special zed and dangerous survivors. When you start hitting that wall, you need to find a larger area to move to, while also making sure you are managing the morale of your group. It can get stressful quickly, but assigning good leaders to your team will help make the process easier.

Up to this point, State of Decay 2 sounds pretty good, right? That’s because we haven’t discussed any of the bugs of glitches. 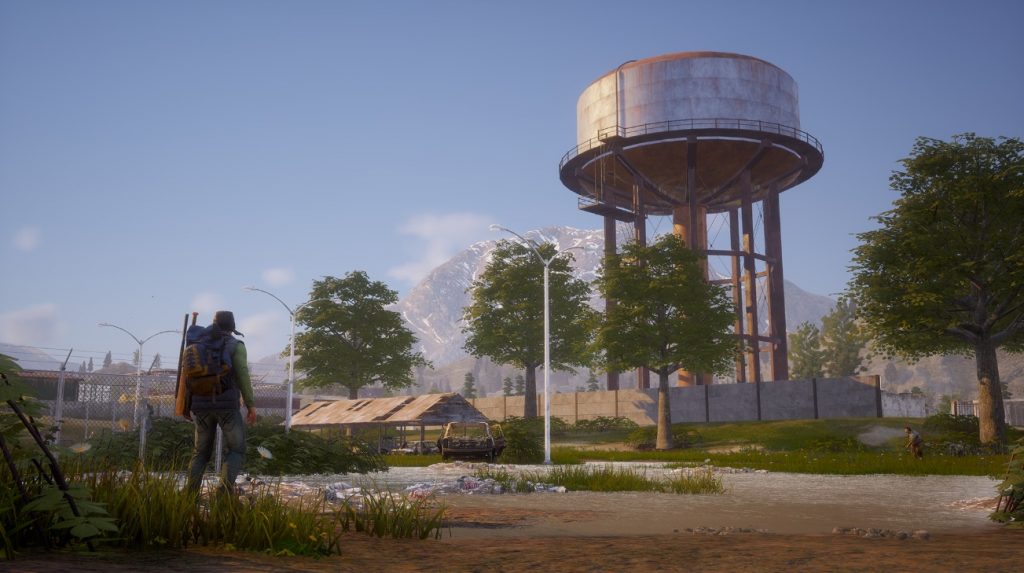 With a game that relies heavily on completing quests and keeping characters alive, the game does its best to hinder both. As I played through the game the first time, I lost a group of my survivors by getting stuck on terrain. I tried to jump over some rocks and got a character stuck in place. Then my follower disappeared from the game. It must’ve been the rapture, because the game told me he was on the map, but he was nowhere to be seen. Those issues were irritating, but ultimately expected within a sandbox game, the next issues I had were completely inexcusable.

The game throws a lot of little personal side quests at you. This is where you find story progression in the game, but on multiple occasions, I was given quests I could not finish. I found that scavenging and hunting for treasures had me accidentally preemptively complete tasks that made future quests impossible to complete. This was totally unacceptable. That’s bad, but when I went to load the game on my PC, my cloud save was gone and it caused me to start over from scratch as well. Was there any QA on this game, if so, how fired are they?

As I proceeded to play, I noticed odd shit happening, like getting credit for achievements from activities 15 minutes ago. This seemed to actually prevent me from getting any achievements at times, especially when playing co-op. Co-op seemed to be an amalgamation of Monster Hunter and the Souls games, allowing you to either invite friends or random strangers into the game. On paper, it worked well but I had a few issues with the tethering system that required us to remain within a certain distance, it made the world feel far more restrictive. 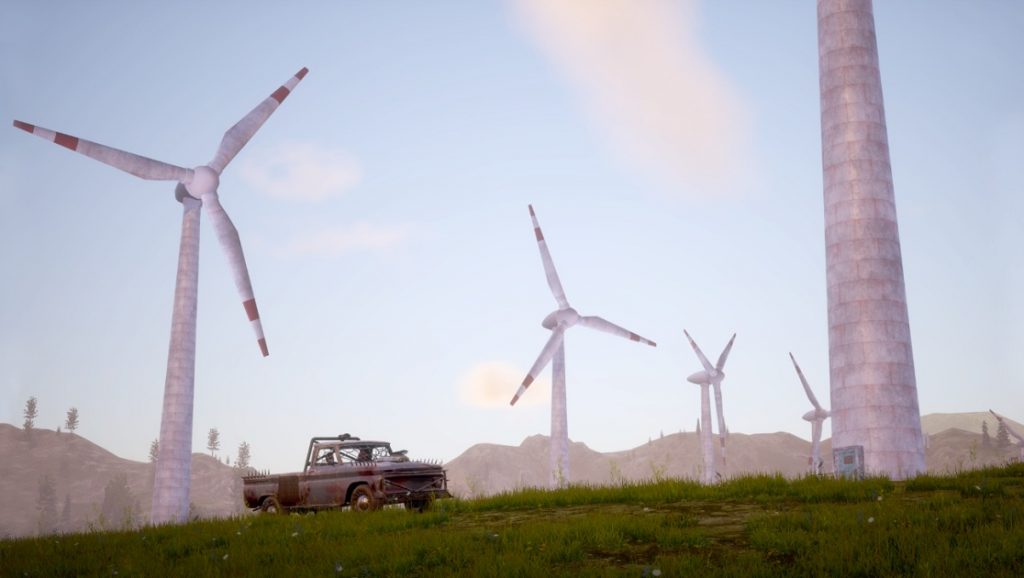 I didn’t get to spend too much time in multiplayer, as many times my flares would summon people who dropped after a few minutes, or I’d join a game and end up dropping out before we accomplished anything. It seems it would be better if I was playing with three other people I knew and not just randos.

Not all bugs were game breaking as well, a few times I was able to loot zombie remains from like 30 yards away. I didn’t see telekinesis in my character’s skills but it seemed to happen when firing rifles.

All in all, State of Decay 2 is a good game in concept and may be a much better game after a half-dozen patches. You may have some fun playing this on Microsoft’s $10 game pass, but there is no point on pulling the trigger on a standalone purchase until this game isn’t a broken mess that works only part of the time.

Have you had the chance to play? How did you feel about the game?

The Good
There's a good game under all the bugs
The community management feels alive and is fun
The Bad
Graphically vanilla
Bugs and glitches will destroy your gameplay experience
Multiplayer was a hugely requested feature but pre-launch seemed to work off an aged framework
In 2018, how do you have a game issue quests to do things that have already been completed, making that quest impossible. How?!
6.5
Overall
Related TopicsGameTechieReviewsstate of decay 2undead labs