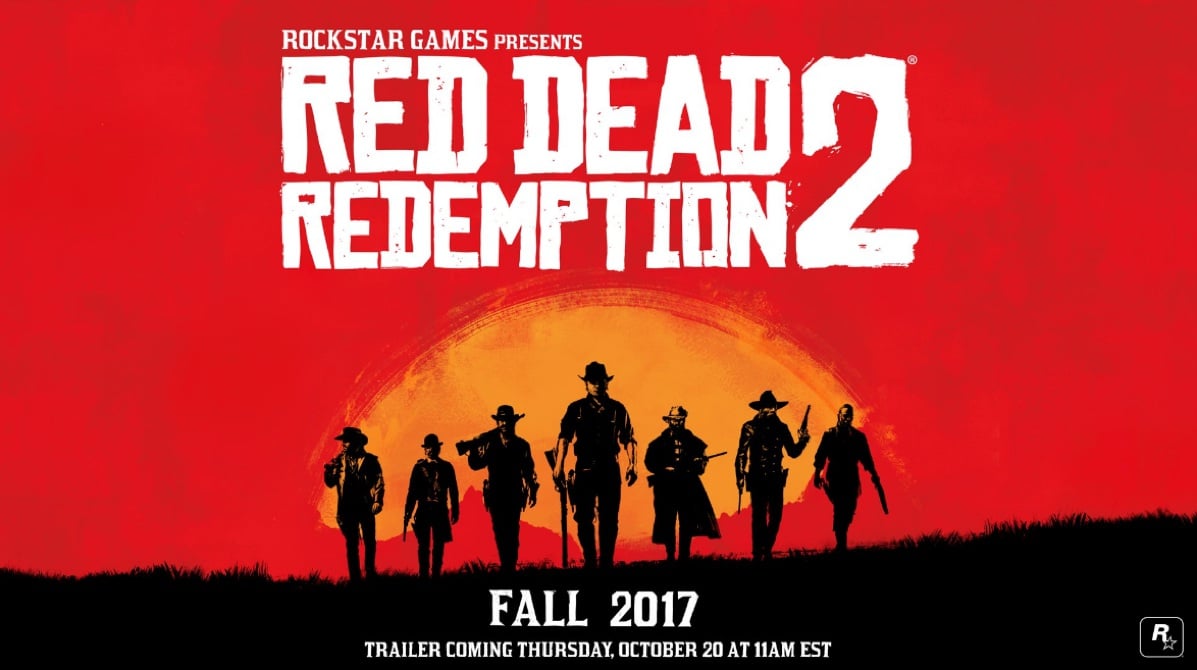 For the past few days, the folks at Rockstar Games have been floating little hints out about their next title. First we got the Rockstar logo on a red background. Then we got silhouettes against a sun setting in the background. Today, we’ve got the full announcement that, yes, there will be another Red Dead Redemption game and that there will be a trailer releasing on this Thursday.

Today’s announcement shows that we will be getting a fall release of  Red Dead Redemption 2, but other than the fact this will be a PS4 and Xbox One title, nothing else is known… yet.

It’s not Thursday yet, so let’s speculate a bit on what we think the new game could focus on.

We know that Red Dead Redemption focused heavily on the dying days of the wild west. Is it possible that this is a prequel and we will see John Marston as a dangerous bandit? The image shows seven silhouettes which immediately invokes Magnificent 7 memories, perhaps we’ll see a posse? 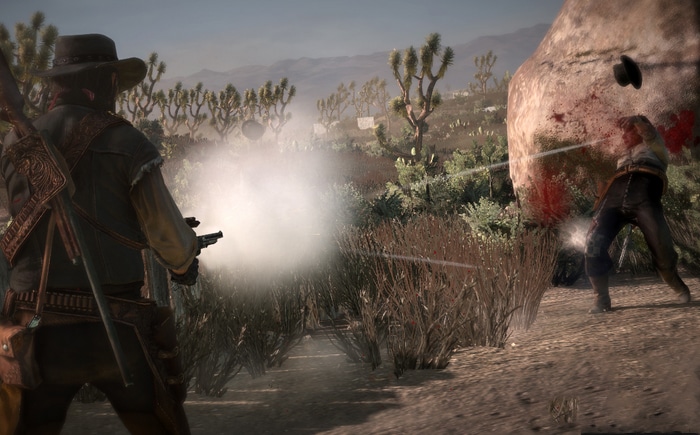 I think it’s possible that the lead this time is Jack Marston. If you have played the original Red Dead Redemption, you’ll remember that he ended the story by going outside the law and murdering a man in revenge, something John gave his life to try to avoid. Perhaps in the twilight of the wild west, Jack realizes that he’s done a disservice to his father’s memory and tries to make things right.

Think about it being Rockstar’s nod to the Seven Samurai/Magnificent 7 story, as both those stories featured the ends to their protagonists culture as well.

Maybe Red had kids and around the same time that Jack Marston is doing his thing, the Harlow’s are doing theirs? It’s a reach, but with the official name Red Dead Redemption 2, it seems that one of the earlier stories would tie in somehow.

What are your thoughts? Prequel, direct-sequel, alternate story or perhaps something totally different? All I know is we’ll have more answers on Thursday.