ShipYourEnemiesGlitter.com is begging people to stop using their site

Remember the site that ships you glitter to the people you hate most? The owner is now begging people to stop using the site. 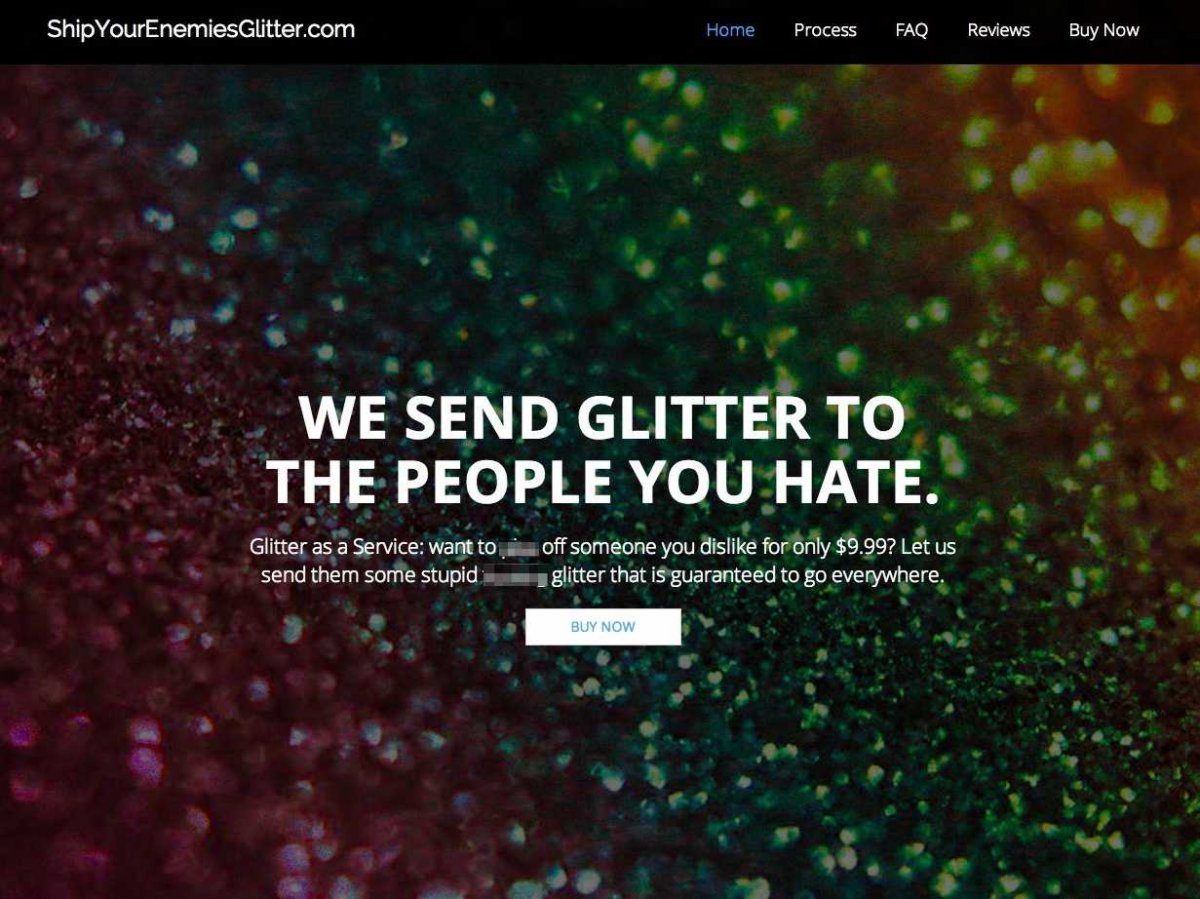 So remember the website I wrote about a couple of days ago that ships glitter to your enemies? Well yea, they shut their doors yesterday. Why? Because when your site gets featured on ProductHunt, DailyDot, The Verge, and KnowTechie, things are bound to go viral.

ShipYourEnemiesGlitter.com is a website that, well, ships your enemies’ glitter. You pay them $9 bucks and they send someone you hate – or love, whichever way you want to look at it – an envelope objectionably stuffed with glitter. Nothing really groundbreaking or anything, but innovative nonetheless. Ryan Hoover, the founder of ProductHunt, called it “the ultimate troll product.”

Now the jig is up, because Matthew Carpenter, the guy who set up the website is begging people not to use his site after having it blow up on the interwebz. Shortly after the viral push, the website went offline due to low resources on the server. The site is up and running now, but now Carpenter is overwhelmed with orders.

If you’re still looking to place an order, chances are you won’t have any luck. Carpenter “suspended the site’s order-processing system”, according to the DailyDot. After a quick visit to the site myself, it seems that’s still the case.

So now what do you do when you want to ship your friends a butt-load of glitter? You could always go old-school, buying the glitter yourself and mailing it out like a troglodyte. But where’s the fun in that?