SpeedX Leopard is the smartest bike on the market

SpeedX Leopard is the only smart aero road bike with the ability to help you train and track your progress in real time. 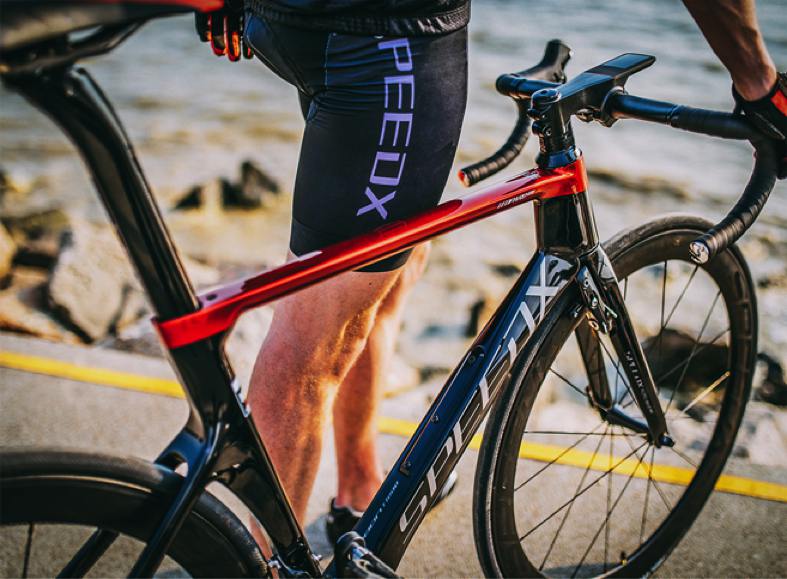 The history of the bicycle goes back to the 19th century when it was invented in Europe. Since then, way over one billion bikes were produced all around the world, making it the most produced transportation method ever – even though some people use it for leisure and sports, other to commute everywhere and others, still, as a profession.

Now, SpeedX has upped the game and, sometime after launching very successful SpeedForce, the world’s smartest cycling computer, they presented the SpeedX Leopard, a truly smart bike. The idea to develop this bike actually came from SpeedForce users, who thought SpeedX should create their own bike with all the features of that cycling computer built-in.

As part of the video above shows, the Leopard’s frame is very resistant. This is because it is built with carbon fiber, which makes it both strong and light, with the whole bike weighing 7.9kg. In addition, all wiring is hidden, which helps to give this bike a clean design. The looks of the SpeedX Leopard are the responsibility of frog, a global design, and strategy firm.

What makes this bike so special is the cycling computer sitting on the handlebar. Developed by SpeedX, this computer with a 2.4-inch screen shows users every data they need when cycling, shown in real-time: cadence; HBR, speed, distance, weather, slope and more. There is also a smart lighting system, which turns on and adjusts to the light intensity automatically.

Note: Here’s a really helpful article on how to avoid injuries on long-distance bike rides. Click here to find out more.

In order to start producing the Leopard, SpeedX decided to go for a crowdfunding campaign on Kickstarter – a campaign that could hardly be more successful. With 20 days still to go, over $1.2 million have been raised so far, way over the initial goal ($50,000). The SpeedX Leopard will retail for $1,199 but, if you are fast enough, maybe there is the chance to get a better deal with the offers found on the Kickstarter campaign.