Star Wars: Battlefront continues to show the best and worst of EA

Star Wars: Battlefront toys with the dark side after EA’s latest announcements. 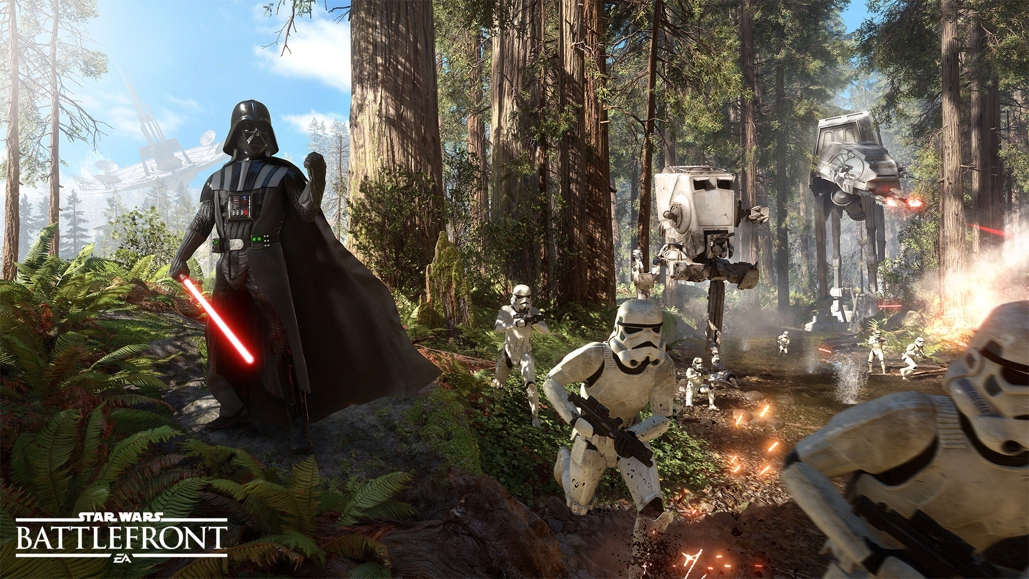 If you had a chance to get into the Star Wars: Battlefront beta, you probably saw that the game feels quite unique when compared to any other Battlefield title. Of course, after feeling nice and toasty after playing a good shooter with some unique ideas, EA stepped in to do EA things.

Wow, you’ll get access to 4 different expansion packs and a “Shoot first” emote! That’s because buying a $60 game and expecting to get enough maps and goodies is silly these days? I dunno, Halo seems fine with doing that? Either way, this was par for the course for a “Battlefield” shooter and after the last 2 disappointing season passes, I don’t expect much from this other than something that will sour an otherwise awesome experience. Also, emotes? Really??

No internal voice chat on any platform

Guys, we are going to have an awesome team-based shooter but f*ck you if you wanted to be able to communicate with people on your team in the game. Yeah, you can use third party apps on PC or the party systems on Xbox One or PlayStation 4, but the whole thing seems a bit unnecessary. If the beta taught me anything, it was that working with teammates wins games. If you are concerned with 8 year old kids screaming or annoying sounds through the system, let ME mute it. Geez

On the good side of things, EA did announce three new game modes for Star Wars: Battlefront. Droid Run, has players battle to capture droids in 6v6 matches. Cargo, good old capture the flag gameplay, and finally Hero Hunt, where one player take control of a character like Darth Vader, Boba Fett or Luke Skywalker and fights against a team of seven players. These all sound really fun!

Are you looking forward to Star Wars: Battlefront? Which platform will you be playing on?