Tech advances that are preparing students for the future of work

Students who leverage and master this tech could be the entrepreneurs, venture capitalists, business leaders, and inventors of tomorrow. 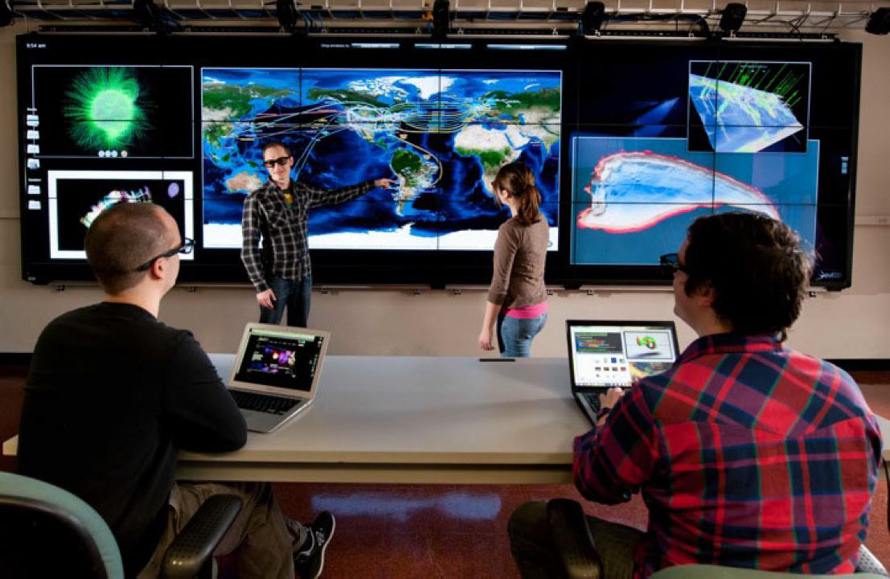 We live in a digital age. Even fields like mechanical engineering and architecture – fields that people might think of as being inherently hands-on – are dominated by digital technology. Before a foundation is ever put down for a new building or casts are made for a new machine, it already exists, fully formed, in the digital realm. So it should be no surprise that technology will play an ever more vital role in the future of business. Thankfully, some of the latest technological advancements are well-equipped to prepare today’s students for that future.

There is no doubt that computers will continue to play a role in all facets of education, business, and industry. But other advancements that are coming online now could have wide-reaching applications in the future. Students who leverage and master these technologies today could be the entrepreneurs, venture capitalists, business leaders, and inventors of tomorrow.

From Google Glass to Oculus, virtual reality augmentation is slowly starting to enter the real world in practical applications. Powered by advanced quad core processors, such as the Snapdragon by Qualcomm, these devices provide all-new means to view and engage with content and media. These chips support the speed and performance necessary for computer vision experiences. Though it’s easy to write off VR goggles like the Oculus Rift as nothing more than simple diversions, it’s important to realize that the hardware itself is highly adaptable. In some instances, these devices might be used as gaming platforms, but the possibilities hardly end there.

The hardware for VR augmentation is now available; it’s simply a matter of software catching up. Imagine the possibilities: tomorrow’s doctors and physicians could perform surgery remotely through the use of VR augmentation goggles and on-site robotics; or perhaps architects and engineers could inspect their works in three dimensions, at varying scales, to look for weaknesses or areas of improvement. With VR goggles, you can inspect microchips from “ground” level or peer inside of a patient’s heart – the possibilities are endless. Students who study and develop VR applications now will likely find their talents are highly sought after in the future.

If there is one piece of technology that has the potential to revolutionize the world, it is 3D printing. In plain terms, a 3D printer is like a CNC machine, in that it is computer-controlled and highly accurate. However, while a CNC machine removes material from an object (such as a piece of wood), a 3D printer adds material. For this reason, 3D printing is sometimes referred to as additive manufacturing. Using various materials, including plastics and metals, 3D printers can build a three-dimensional object out of “thin air,” or so it would appear.

If scaled up (most current 3D printers can fit on a bench), 3D printers could completely transform the way that structures, objects, components, and other elements are designed and built. Highly advanced machines could be built from scratch. Large components for ships, airplanes, and buildings could be built on-site, greatly reducing logistics and speeding up production processes. With a 3D printer of suitable size, and the right type of “ink” (that is, the building material that the printer extrudes to make its objects), anything is possible. Students who invest in this field now could literally and figuratively “shape” the future.

The world is slowly becoming automated. Believe it or not, robots are on the cusp of becoming commonplace in our everyday lives. In the next 10 or 20 years, we may see self-driving, fully autonomous cars; robotic drones may slowly start to replace larger, human-operated machinery in a variety of fields, such as transportation, package delivery, and aerial monitoring; and robots like Honda’s Asimo continue to show the promise of the bi-pedal, artificially intelligent helper and companion, which would be right at home in hospitals, customer service industries, or even our own homes.

The key to advanced robotics and autonomous technology is artificial intelligence. Students who study this field today will find that opportunity employments for individuals of their talent are abundant. And that is because there will be no shortage of demand. As society slowly transfers human responsibilities to artificially intelligent substitutes, it will be the software and computer engineers who find themselves on the cutting edge of business and industry. Just as the automatic transmission all but completely replaced the manual transmission in automobiles, perhaps self-driving cars is the next natural step for the automotive industry. If that is so, artificial intelligence will make it possible.