Overwatch has a new temporary game mode that pits you against hordes of undead robots. 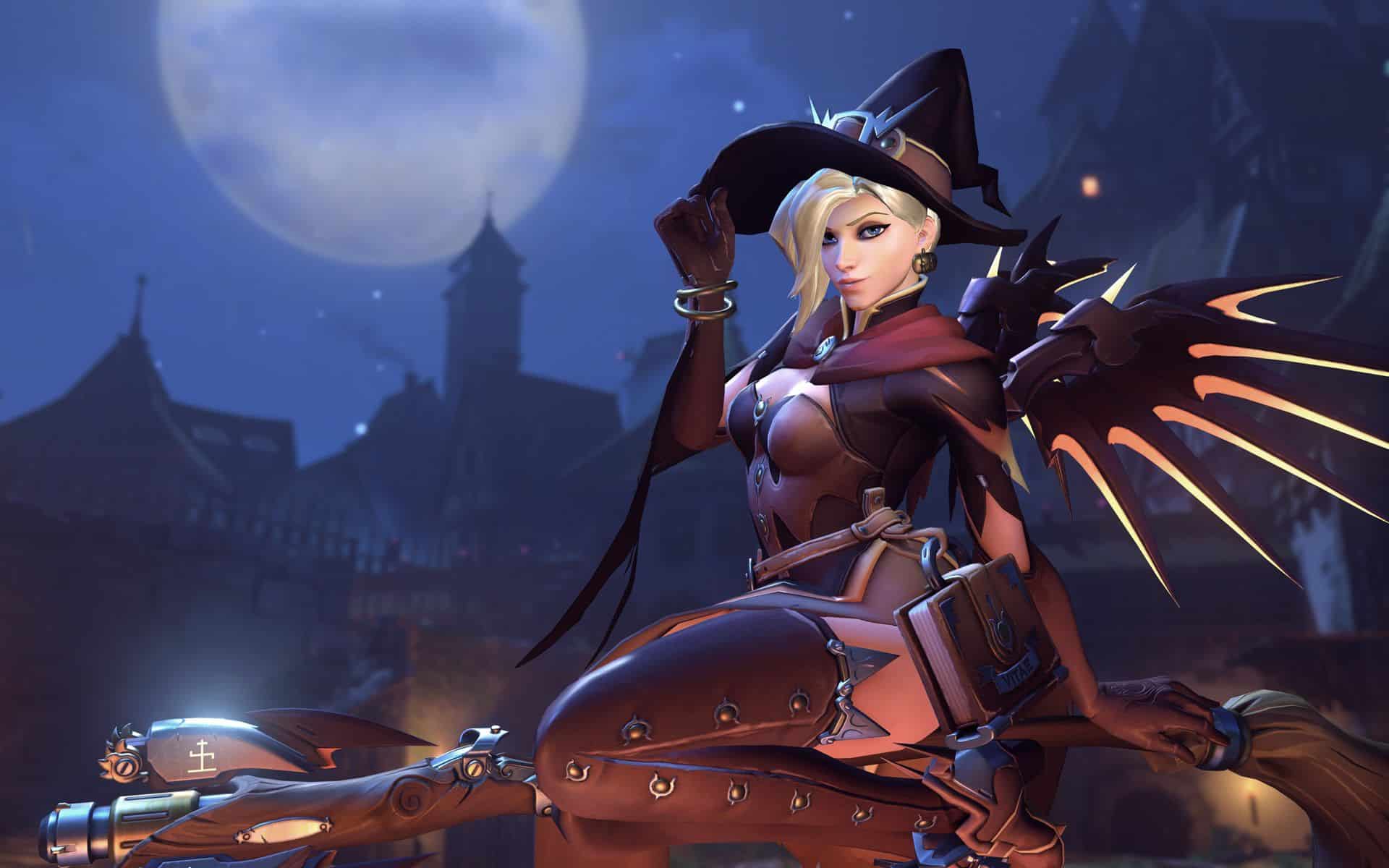 Overwatch has a new temporary game mode that pits you against hordes of undead robots.

Do you currently play Overwatch? If you do, I really hope that you’ve gotten your hands on this current themed brawl, Junkestein’s Revenge. It’s a game mode where you have to hold of an army of exploding zomnics while protecting a giant door. Overwatch has absolutely made some fun brawl modes before but what makes Junkenstein’s Revenge so much fun is that the four player mode has a fun story to go along with it.

Essentially, each player can pick from a player pool that consists of Hanzo “the Archer”, Soldier 76 “the Soldier”, McCree “the Gunslinger” and Ana “the Alchemist”. Once one of the players has been chosen, they are unavailable to the rest of the team, so a full party of four will feature every single character.

This is a good thing, because the full party will rely on all the special skills that this team has at their disposal. Soldier 76’s group heal and Ana’s strong single target healing will keep the team in the fight. Ana’s sleep dart and McCree’s flash grenade will keep the boss monsters from decimating your team. Hanzo, McCree and Soldier 76 can clear a wave with boss monsters in it by using a combined effort. It really is impressive.

Fight together or die alone

Conceptually, the game mode’s premise is as basic as it gets. You and your 3 other teammates hold the door from the onslaught of Junkenstein’s horde. Waves of Zomnics will head towards the door and will blow up once they reach it. The explosion can hurt the defending characters and eventually will take the door down, resulting in a game over.

While you hold off the waves of Zomnics, special bad guys will show up as well. These are “boss” versions of Reaper, Mercy, Junkrat and Roadhog as The Reaper, The Witch, Junkenstein and Junkenstein’s Monster. The mode takes strategy and planning, going for a big play may overextend the team and let a surprise attack by Reaper decimate your healers. Keeping your back to the wall and stopping the Zomnics from getting to the area right before the door is key to avoid getting overrun.

I’ve said it before and I will say it again, I am a total sucker for lore. Turns out that Junkenstein’s Revenge features enough to easily feed my appetite. Each character gets their own introduction, but there are all sorts of banter between characters and story that unfolds as you battle.

The narrator (Reinhardt) will announce who kills a boss monster when the killing blow is landed. For example, killing The Reaper as Soldier 76 will result in a quick comment about how the Soldier put down The Reaper again, hopefully for the last time. Also, The Witch and the Alchemist has conflicting views on their crafts, with Ana vocally condemning the practice of the magical arts. Hell, even McCree and Soldier 76 have some funny dialogue about both being American and fighting in “the war”. It makes every experience in the game mode unique, which is actually something the normal game could use a little support with.

The brawl mode also features three different difficulty modes, as of writing this, I’ve only been able to complete the easy mode. Every mode takes team synergy and while I’ve almost cleared both medium and hard, losing even 1 player mid-battle can be disastrous. A player falling will mean that you have to wait for them to respawn, while all the remaining team does their best to hold the door while trying to fend off Junkrat RIP-tires, zomnics and the undead forces of Mercy, Reaper, Roadhog and Junkrat.

The game mode is absolutely filled with close calls and big plays. Obviously the more difficult the game mode is, the better rewards you will receive in post game. Medium and hard both offer special sprays for completion and there’s a bonus one for a flawless completion of medium as well. As far as EXP goes, the reward is generally the same at about 2k-2.5k per game.

I’ve found this game mode to be a breath of fresh air and just the thing to break up monotony of the same game mode over and over. It seems that many other people feel the same way, I’d love to see this type of PvE game type added into the game as a monthly or bi-monthly event. Imagine playing as the last remaining Overwatch members before the fall or missions that tell a little more about characters back stories. Blizzard has lightning in a bottle here, I hope they capitalize on it and bring a whole new aspect to Overwatch.