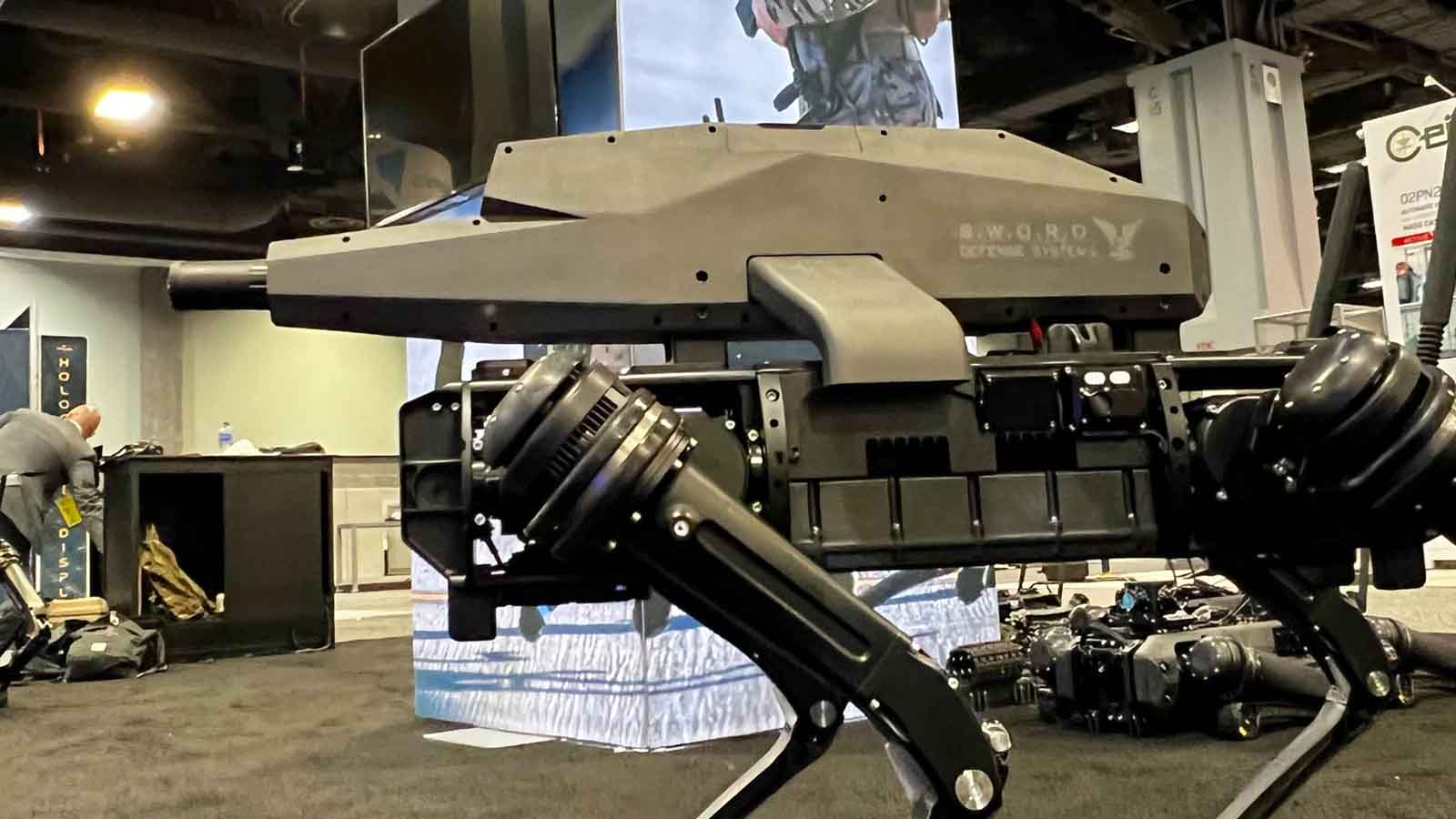 We’re probably one step closer to the future envisioned in The Terminator series, as some crazy defense contractor has put a sniper rifle onto a robotic dog. Yes, it looks exactly how you’d imagine, and it’s genuinely one of the scariest things I’ve seen on Twitter (and I’ve seen some shit).

The unholy contraption was created by Ghost Robotics, a military contractor who creates “robots that feel the world.” It seems that now they can also reach out and touch the world, one armor-piercing bullet at a time.

The futuristic sniper rifle comes courtesy of S.W.O.R.D. International, and it’s called the SPUR – Special Purpose Unmanned Rifle. It’s straight out of your favorite dystopian science-fiction shows, or maybe all of those “future warrior” FPS video games, and I can’t imagine that it’s a good idea.

Don’t get me wrong, I’m all about robots making the lives of our military and police safer. Things like bomb disposal, or recon inside buildings, situations of that ilk where sending a human operator in leaves them in imminent danger.

I’m drawing the line at actual, robotic gun platforms though. I’ve seen enough sci-fi to know that’s a bad idea and only ends in the robots deciding to turn on their biological overlords.

Maybe they’re not really autonomous, and are completely remote-control, like a giant, lethal RC car on legs. I still don’t think it’s a good idea. Reducing the decision to fire on another human to what’s seen on a screen makes warfare even more video game-like, with a level of detachment that comes along with that.