Everything is truly terrible. 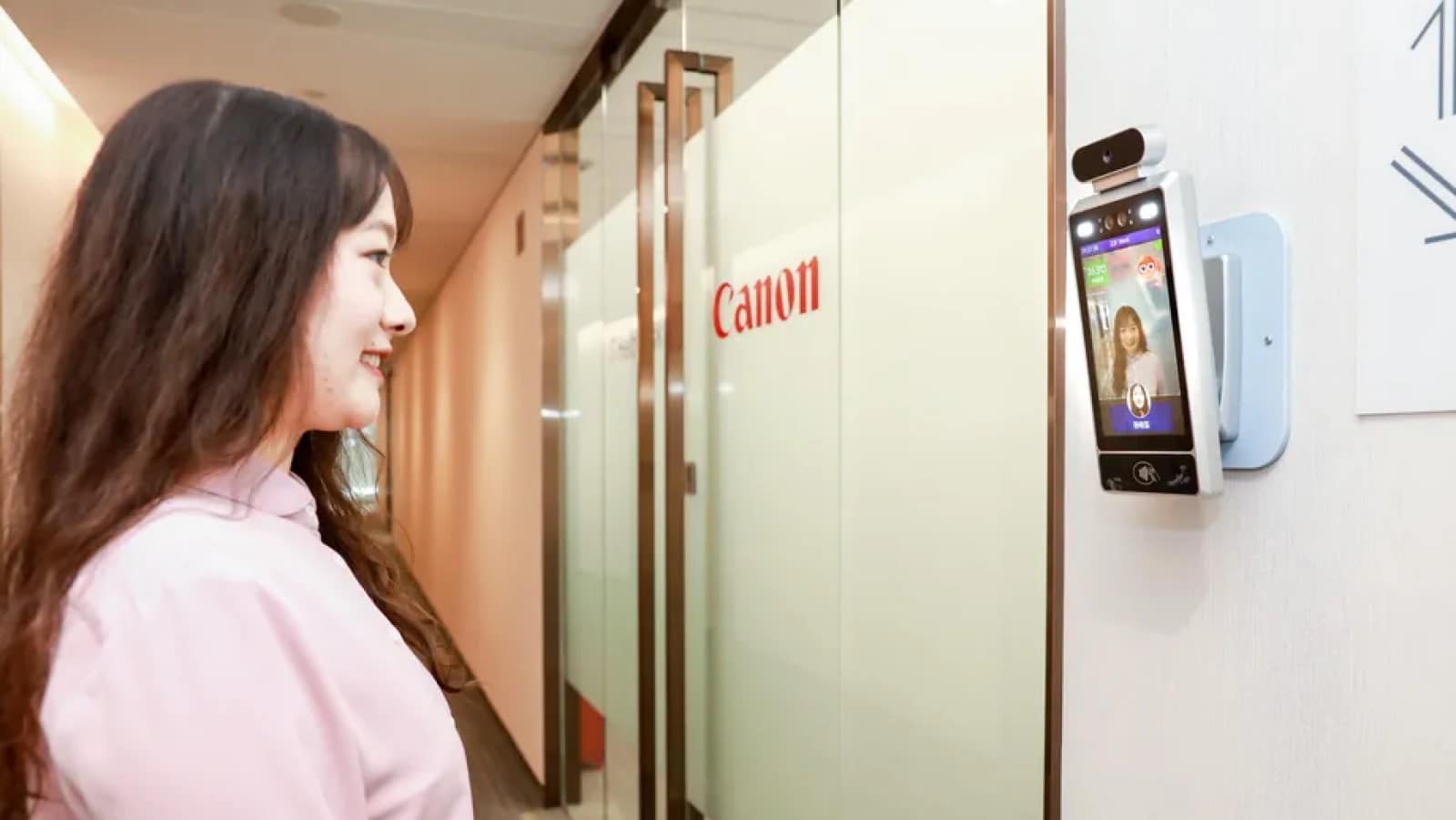 If you’ve got “resting bitch face,” you might want to look away as the dystopian future of office space isn’t for you.

Canon’s Chinese subsidiary, Canon Information Technology, has AI-enabled facial recognition cameras to unlock rooms or book meeting space inside their building. The worst part? They won’t work unless the employee is smiling.

The Financial Times highlighted this in a piece about surveillance and its prevalence in Chinese companies, powered by AI and algorithms.

Everything from the programs used on employees’ computers to lunch break oversight via cameras is measured, quantified, and controlled, and the dystopian fun doesn’t stop when the employee leaves the office. Mobile apps track them outside the office, so they never really escape the watchful eye of management. Yikes.

There’s a small silver lining to be had though, in that AI isn’t replacing anyone’s jobs, just making the jobs of toxic managers easier. The smile-recognition cameras have been in place for a year, and it seems this is the only time it’s managed to come to the attention of the wider media.

It’s all too easy to put this tech out of mind as China’s known for its surveillance state, but the West is just as fond of tracking employees. Everything from Microsoft 365 to specific employee tracking software quantifies employee’s working hours, and Amazon wants to blanket your neighborhoods in surveillance to its own ends.