Want to get filthy stinking rich? Become a tech intern

Apparently tech interns are making a bunch of money for a couple of months of work. Check out some of their salaries here. 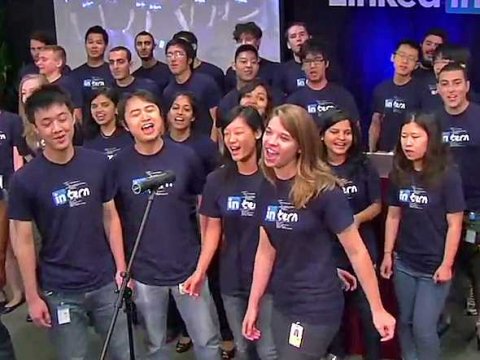 I think I made a horrible mistake. I remember telling my parents and all of my friends and teachers that I wanted to be a commercial airlines pilot. Mind you, you’re talking to a kid who has had his license suspended more times than I can count on one hand.

Anyway, instead of telling them that I wanted to do something as mundane as flying people back and forth to a destination, I should have told them I wanted to be a tech intern. I know, I know, you’re probably thinking I’m crazy, but what I’m about to show you will probably make you reconsider all of your life choices.

Tiffany Zhong, a photographer based out of Paolo Alto was doing a friendly deed by tweeting out some intern openings at some pretty reputable tech companies. Curiosity killed the cat, so they say. My curiosity was piqued, so I clicked the tweet, and what I found next blew my mind.

Here, I’ll stop rambling and just show it to you: 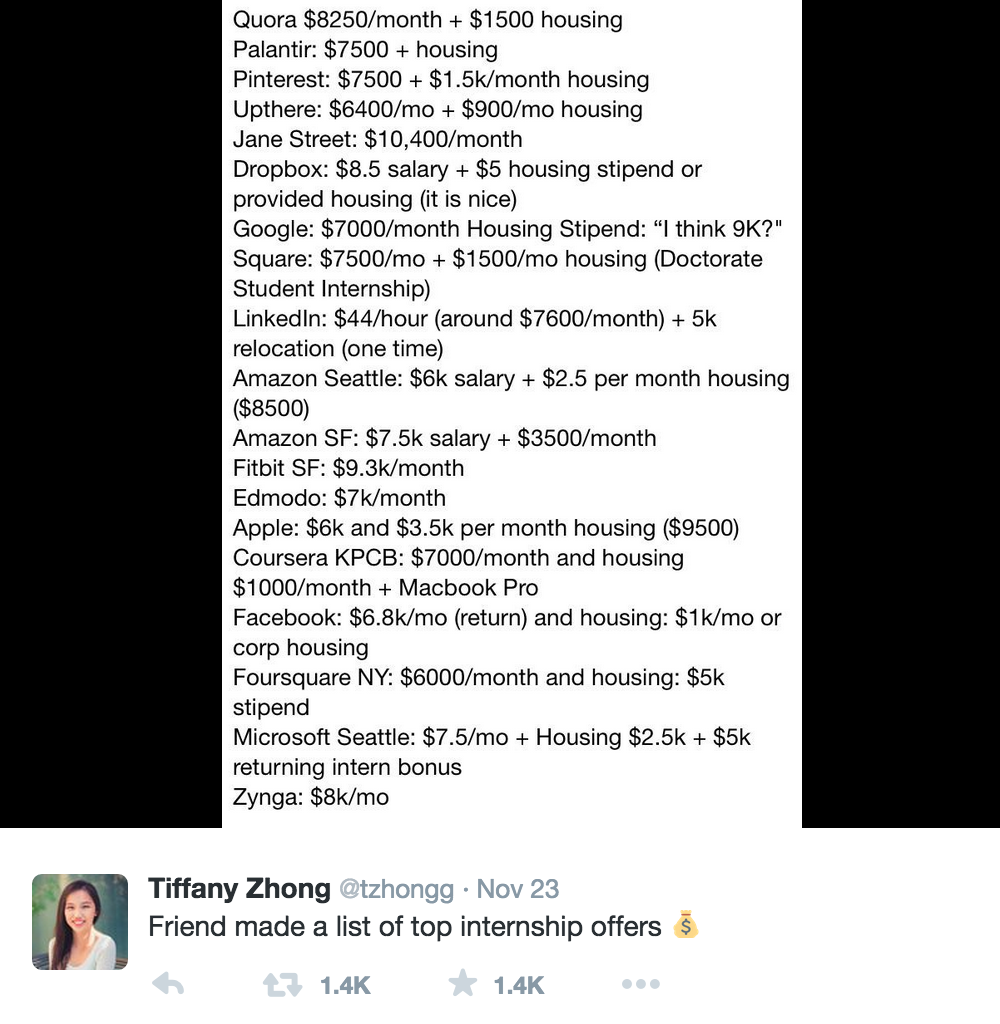 So this is pretty much saying that if you’re a high school graduate with some coding skills, you could be making up to $10K a month. Let me repeat that again: $10K a month.

Imagine all the Taco Bell you could get with all that money?

That’s not even the crazy part; this isn’t for a whole year of work or anything. It’s only a 2 month long stint, which is the usual case in the tech industry. Nitasha Tiku of ValleyWag (she will soon be joining the fine folks at the Verge), made a pretty good point on her post Monday:

“Interns don’t usually work a full year, so annualizing the numbers is misleading. But even interns who score the lowest offerings on the list—say the ones that offer a scant $6,000/month before the housing stipend—would need a little over half a year to make the national average annual salary of $44,000, says Vox. Interns who snagged that sweet Fitbit gig in San Francisco would make $111,600 if they stuck around for a year.”

I don’t know, at the the end of the day, it seems like a pretty sweet deal to me. The way I look at it is that tech companies are giving people who normally would have never stood a chance an opportunity to make something of themselves.

It’s pretty much a no brainer. Get paid buttloads of money, get some free gadgets along the way, and meet some GREAT PEOPLE. Seriously, I love talking to other people who have similar interests. That alone would convince me to take this opportunity of a lifetime.

I don’t know about you guys, but I’m going to see if I can apply as the Assistant (to the) Regional tech intern.