It’s always fun to see someone drop test a phone. In this case, it’s the LG G4 taking the plunge. See how it weathers up in this drop test. 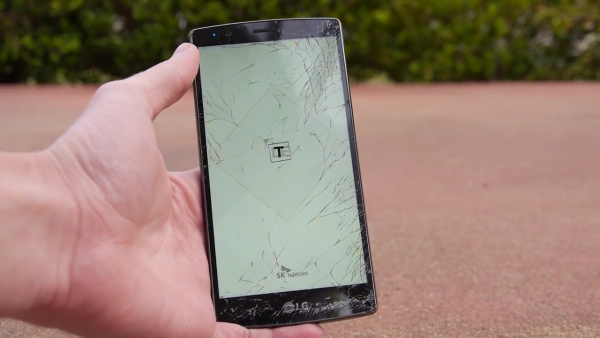 It’s always fun to see someone deliberately smash a phone into pieces, just as long as that phone isn’t mine. So when I stumbled across this video from YouTube user TechRax drop testing his new LG G4, I was naturally interested to see how it held up under this unorthodox method of testing.

I mean, how can you not watch a video from a guy who boasts on his YouTube page “smashing technology since 2011.”

After a quick walk through the LG G4‘s hardware, TechRax conducts the first drop test from 5 feet. To make things more realistic, he proceeds to drop the phone on its corner (insert cringe here). surprisingly, the phone help up pretty well.  The screen didn’t crack, but there was definitely some chips in the phone’s corner.

Although the corner test passed with flying colors, dropping the phone directly on its face yielded a different result. The phone literally breaks into pieces as well as shattering the screen like a cobweb. The most surprising part all of this, is that the screen still worked! Check out the rest of the video above to see how the LG G4 stood up to the drop test.