This software simplifies syncing, allowing you to worry more about other stuff instead of the best way to sync data. 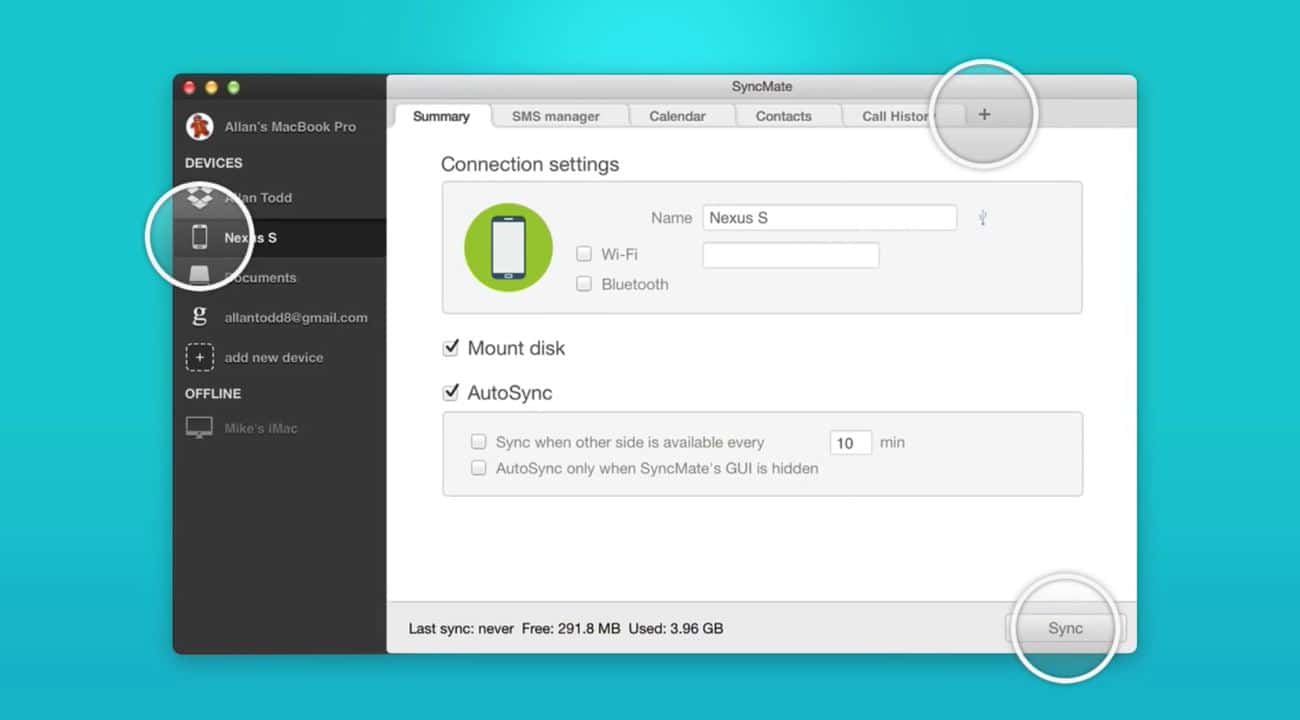 The evolution of technology in recent years originated an ever-growing numbers of new devices and gadgets. That fact that each of them runs on a specific system has, naturally, led to the appearance of several of those systems and, most of the times, they do not really communicate well with each other.

A good example of this is related to the devices developed by Apple, which have a known tendency to work seamlessly with other devices of the same brand, but not quite when the communication is done with other systems – say, Android phones and tablets, mounted or MTP devices, or online storages. However, there is a solution for all these problems: meet SyncMate, a product of Eltima Software.

SyncMate by Eltima is a powerful tool that will sync data on your Mac with Android and iOS devices, online storages (Google, iCloud, Dropbox), Windows services (Outlook, Office 365 Home and Business accounts), mounted and MTP devices, other Macs.

This is a software that makes syncing any Apple device with other systems really easy. With SyncMate, the user can transfer information from different systems in just a few steps, including calendar information, contacts, bookmark,  media (images, videos, music and even playlists) or whole folders.

Storing data in a device is easy, the real problem comes when finding a way to synchronize all that information between devices. Since the Mac does not recognize Android devices, for example, it is necessary to use an extra program, a kind of intermediary between the parties. With SyncMate, this becomes really easy to do.

But SyncMate’s feature do not stop here. With this software, it is even possible to send SMS messages from a desktop, just like if you were writing and sending them from a smartphone. Moreover, you can mount any of mentioned above devices and accounts as Mac disks and work with their content in Finder.

SyncMate has two versions: Free and Expert. The first synchronizes only calendar, contacts and has the “background sync” feature, while the latter has all this plus an “AutoSync” function, folders, mount disk, SMS, call history, bookmarks, reminders,  photos, iTunes, music, and backups. The Expert version is really not that expensive, starting at $39.95.

So, if you are having sync issues between devices, just use SyncMate and, with just a few steps, all your data can be easily synchronized. More about it, along with features available for each device, can be found here.