Looks like 2K and Firaxix have some tricks up their sleeves with their latest announcement of Sid Meier’s Starships. Coming soon!

2K Games and Firaxis, the folks behind an enormous list of Sid Meier’s titles and the recent hit remake XCOM: Enemy Unknown have announced a new, turn-based strategy game, set to release this spring. Sid Meier’s Starships will release on PC, Mac, and iOS and compliments the recently released Civilization: Beyond Earth.

The trailer explains that hundreds of years ago, the human race voyaged into space and the different groups of people eventually went in different directions. Now, centuries later, having settled and colonized a new planet over time, one society receives a broken, yet semi-understandable message from the cosmos. As they prepare their starships for a voyage to these forgotten ancestors, the message is finally understood.

And it’s not good.

It’s a message screaming for help. Instead of a diplomatic reunion with these lost cousins, the starship is instead prepped for war. Missiles and soldiers are loaded instead of diplomats and ambassadors, and the starship fleet heads in the direction of the message. Players will take the role of the fleet commander and will travel across the universe to face enemies and defend other civilizations. Building alliances and solidifying a “Federation” is the ultimate goal, and seems to be the next chapter to Beyond Earth.

“When designing Starships, I was intrigued by the idea of exploring the next chapter in the story of Civilization: Beyond Earth. What happens after we colonize our new home and eventually build starships to take to the stars? What has become of our long-lost brothers and sisters from the planet Earth?” said Sid Meier, director of creative development at Firaxis Games. “My goal was to create an experience that focuses on starship design and combat within a universe filled with interstellar adventure, diplomacy, and exploration.”

Starships will be cutomizable and players will research new technologies, assumedly similar to what we’ve seen from the Civilization franchise historically. Additionally, “cross connectivity” between Beyond Earth and Starships has been announced and will, “enhance and expand the depth of both game experiences,” though the depth of the connectivity is still unannounced. 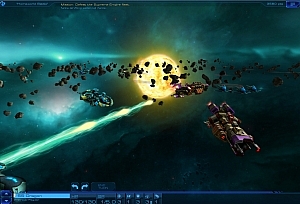 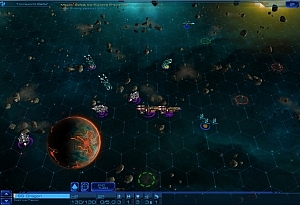 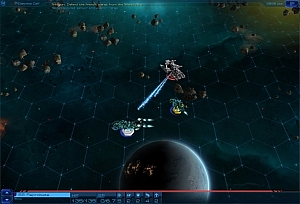 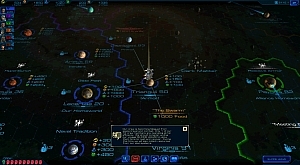