Yeah, so this is a thing now. 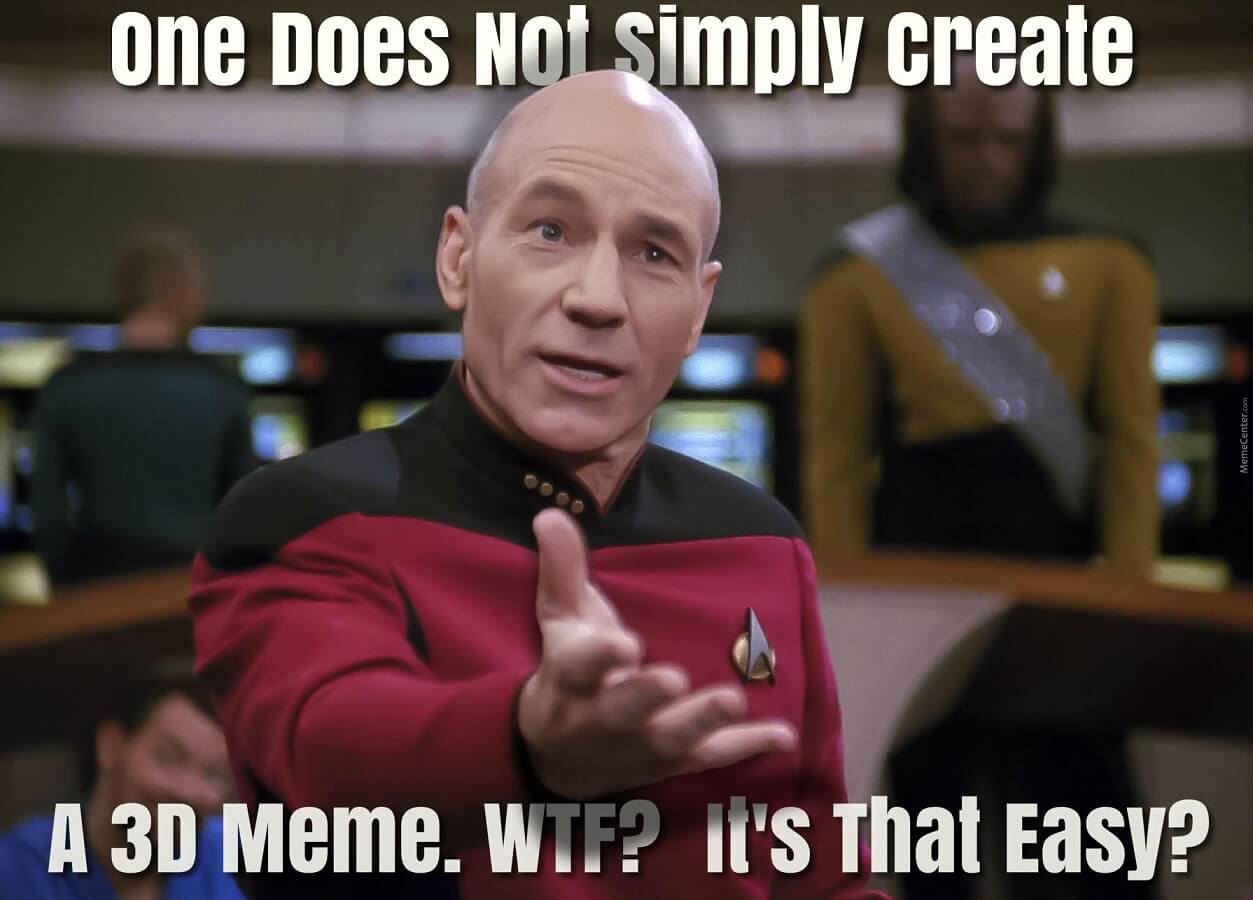 Following Facebook’s launch of 3D photos a few weeks back, pages like Dimemetional and 4d3d3d3 Engaged have quickly begun popping up to bring this natural evolution to a wider audience — starting with the hottest meme of last month (and therefore one that’s roughly 20 years old by meme standards): moths.

Although 3D memes have been circulating since about 2012 (see header image), it wasn’t until Dimementional posted its guide, “How to 3D Shitpost to Facebook”, that the trend really began to take off. In other words… (*extreme mocking Spongebob pose*) “3d MeMes aRe KiNd oF cOoL NoW.”

In its About section, 4d3d3d3 Engaged attempted to break down the trend that will soon be flooding Facebook pages and confusing grandmothers everywhere:

The memes are evolving. Whenever a new frontier is established, memes will rise to the challenge and come to our aid, working alongside us to provide a much-needed break from reality. Now memes are trickling into the third dimension. For too long it has been one-sided. We have been making forays into the world of memes—now memes are coming into ours.

The obvious question is, of course, just how far the meme community plans on taking this new trend. My guess is that we’ll all be dealing with rogue Spongebob holograms harassing us while we’re on the toilet by 2020, but only time will tell.

Will you be participating in the use of 3D memes? What is your favorite meme? Let us know below.