If Pimax’s new headset lives up to it’s hype, Oculus and Vive are screwed. 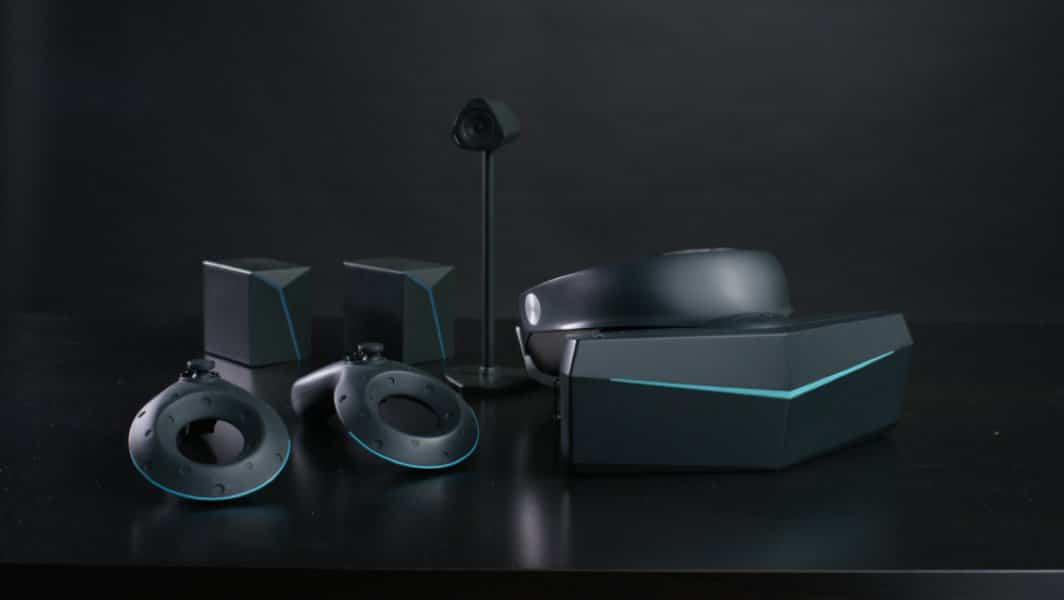 If you are familiar with my feelings on VR, you know that I’m one of those people that haven’t been sold on the concept. That isn’t to say that I can’t enjoy VR games, but more than the platform seems to lack any sort of drive behind it. This is all software, however, my hardware experiences haven’t been spectacular either.

I’ve played games on both the Oculus and the Vive, having issues on both headsets. I don’t get motion sickness, but I’ve found a few games to be disorienting. The real bane of my existence is easily the whole screen-door look. You know, that lower resolution display so close to your eyeballs. Why do I bring this all up? Pimax has a Kickstarter that is promising a new headset that claims to handle all those kinky hardware issues. 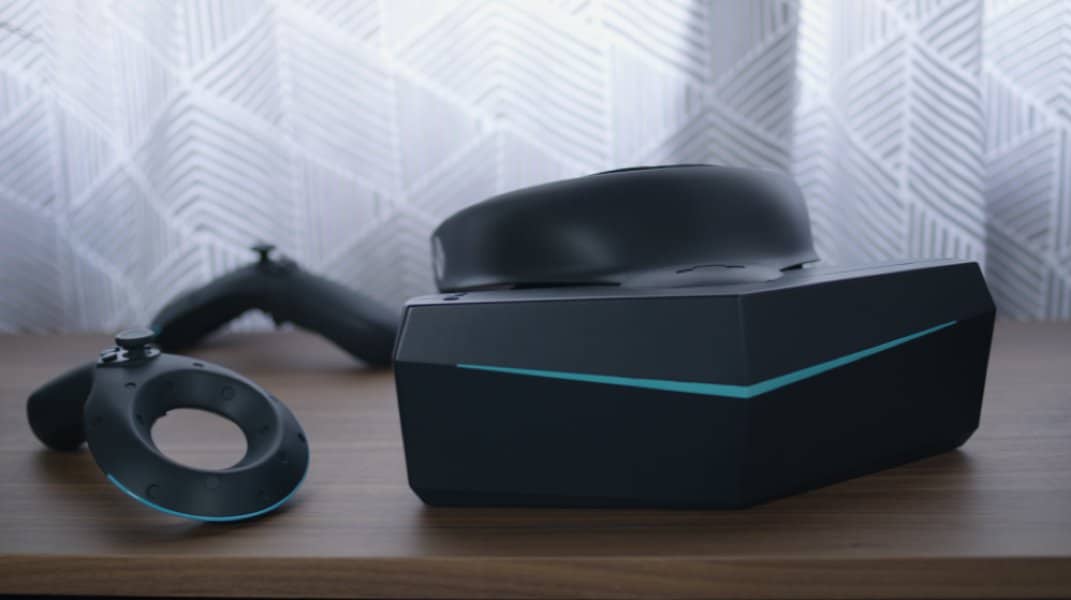 See, if Pimax’s Kickstarter is something to believe, not only will their 8K headset totally make its competition obsolete, it will also make the current price points seem absolutely silly. Let’s jump into those juicy specs first. Pimax’s headset offers a 200° field of vision, that’s nearly double Oculus’ 110° and a major improvement over Vive’s 145°. I’m all about this because my immersion was always ruined by seeing the headset itself from out of my periphery. This would be great if I ever wanted to play another round of Superhot in VR. 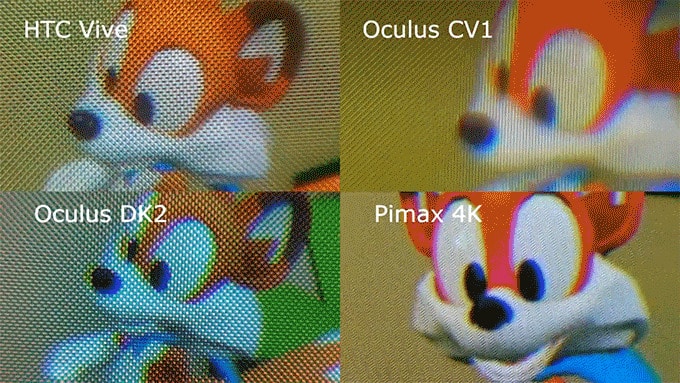 If this is accurate, it speaks largely to how much better Pimax is at making their VR not look like garbage.

The next major spec to compare is the headset’s resolution. Oculus and HTC Vice both have their resolutions at 1080p in each eye, this is part of the reason that screen-door experience is so prevalent. Pimax is advertising 8k with 4K resolution for each eye. I’m not sure that’s exactly how it is supposed to work, but we’ll go with it until someone corrects me. That’s a huge increase for each one of your eyeballs and would make sense that Pimax is promising a reduction of the screen-door effect. Yeah, my interest is piqued if for no other reason than having a more immersive VR experience.

Yeah, my interest is piqued if for no other reason than having a more immersive VR experience. 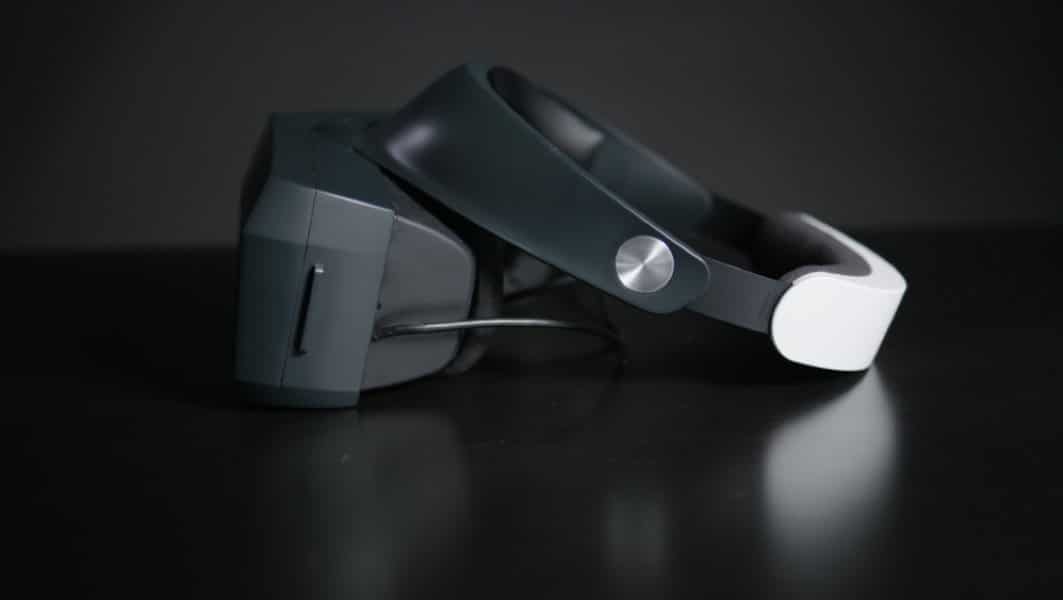 Now, Pimax is also on par with Oculus and Vive in other categories for performance as well. For example, all three headsets advertise their refresh rates at 90Hz. They all offer the same experiences through Steam VR and Oculus Home (with a little 3rd party help). What is most interesting, though, is that Pimax is starting their VR experience at the $399.99 price point, which is dead-on equal with the lesser Oculus and $200 less than the Vive. That almost seems to be too good to be true, as that really will shake up how those other products are priced. 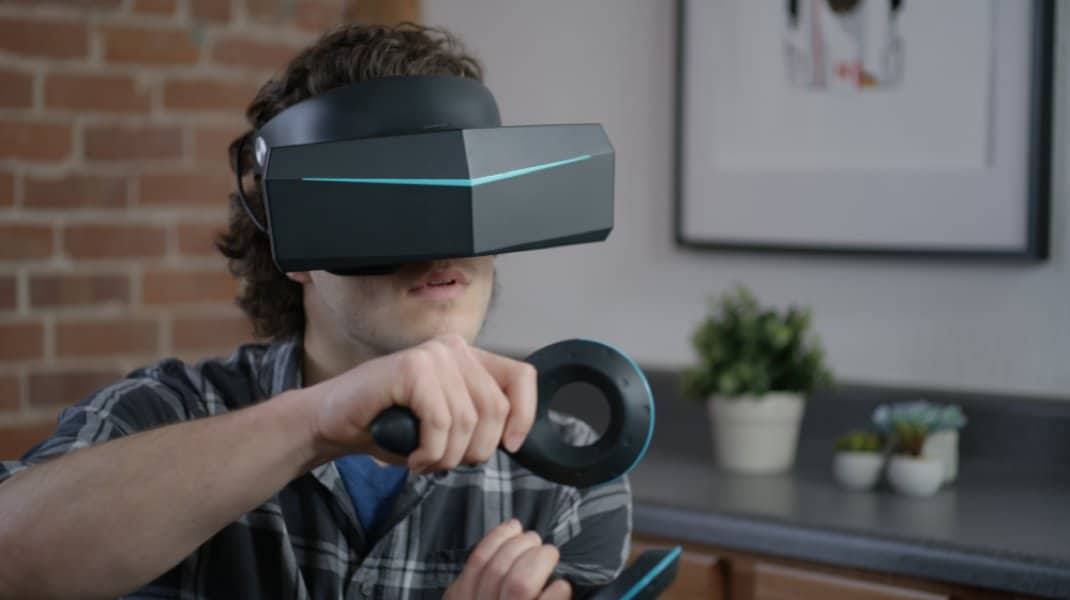 Fact: No one ever looks cool with a VR headset on.

Pimax’s Kickstarter is currently kicking butt at over $700k at an asking price of $200k. It was slightly under the goal yesterday when I first looked, so they investors are jumping on it like hotcakes. I truly hope it does well, as VR is cool and I wish nothing but success for games like Moss. I don’t think Pimax will bring VR to the mainstream, but I could see their impending success really modernize the technology and drive devs to get out there and make better games.

With any luck, we’ll get a chance to go hands-on and we’ll let you know what we, as people not on the VR bandwagon, think about it.