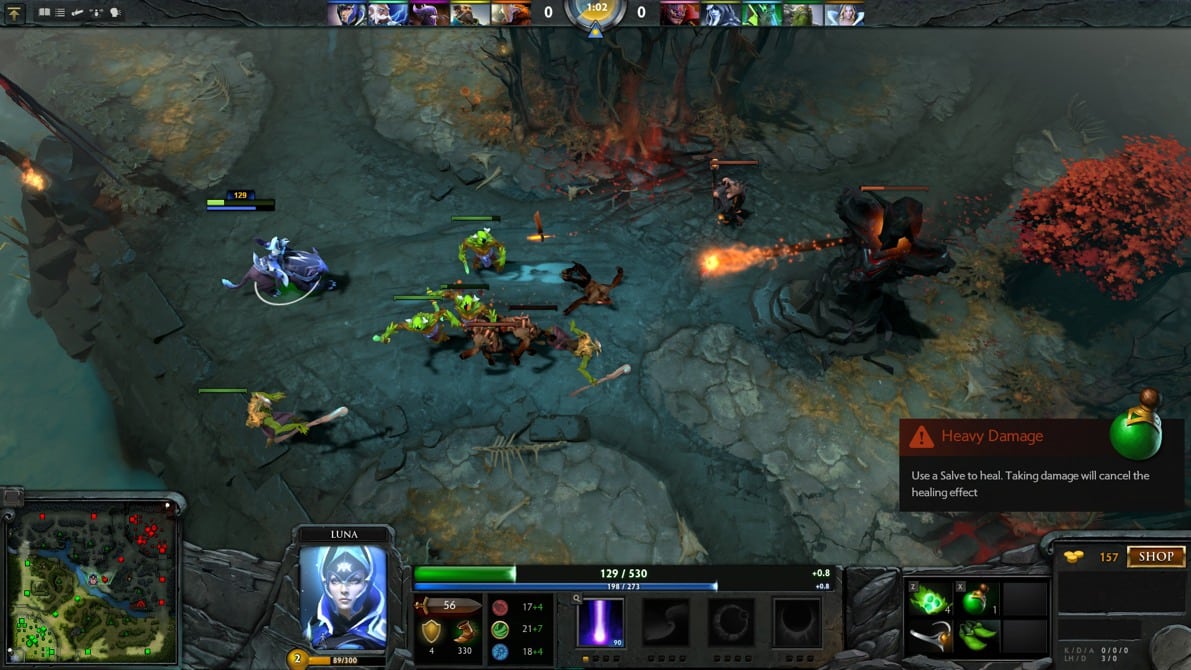 AI is certainly one of the big buzzwords for 2018 and everyone is looking for the next big application to insert its own version of HAL into. Take for example everyone’s favorite eccentric billionaire, Elon Musk, and the OpenAI project. Co-founded by Musk, OpenAI is a non-profit organization looking to understand and advance AI. One of the early tests was teaching the AI how to play Dota 2 with specific characters and compete with real players in a 1v1 scenario.

The AI was good, really good. But 1v1s aren’t the best test for something like this, you need teams of five to truly appreciate Dota 2’s gameplay and lane control aspects, so OpenAI said screw it and created an unstoppable AI force. Luckily, it’s only unstoppable in Dota 2.

The “event” happened this past weekend and pitted five casters and veterans to the series against a team of five OpenAI contestants. Unlike past times, this event allowed for a great selection of characters, which gave the AI a chance to flex its adaptive muscles. A couple small tweaks were made, including reaction time. From the blog post,

We’ve increased the reaction time of OpenAI Five from 80ms to 200ms. This reaction time is much closer to human level, though we haven’t seen evidence of changes in gameplay as OpenAI Five’s strength comes more from teamwork and coordination than reflexes.

The reaction time increase didn’t change anything, however, as the AI was able to make quick work of the human team two out of three scrims. Team Human was able to secure a win in one game, but it wasn’t a fair win, as audience members had the chance to sabotage the AI team with bad character choices in one game.

This was but a test for OpenAI, however, and the company plans on showcasing its robotic squad in just a couple weeks at one of the biggest Dota 2 tournaments around, The International. The this event, OpenAI’s Dota 2 team will take on an actual professional squad at the event.

Who is your money on? Will the professional team be able to take on the robots? Is this the end of the human race? Let us know below.