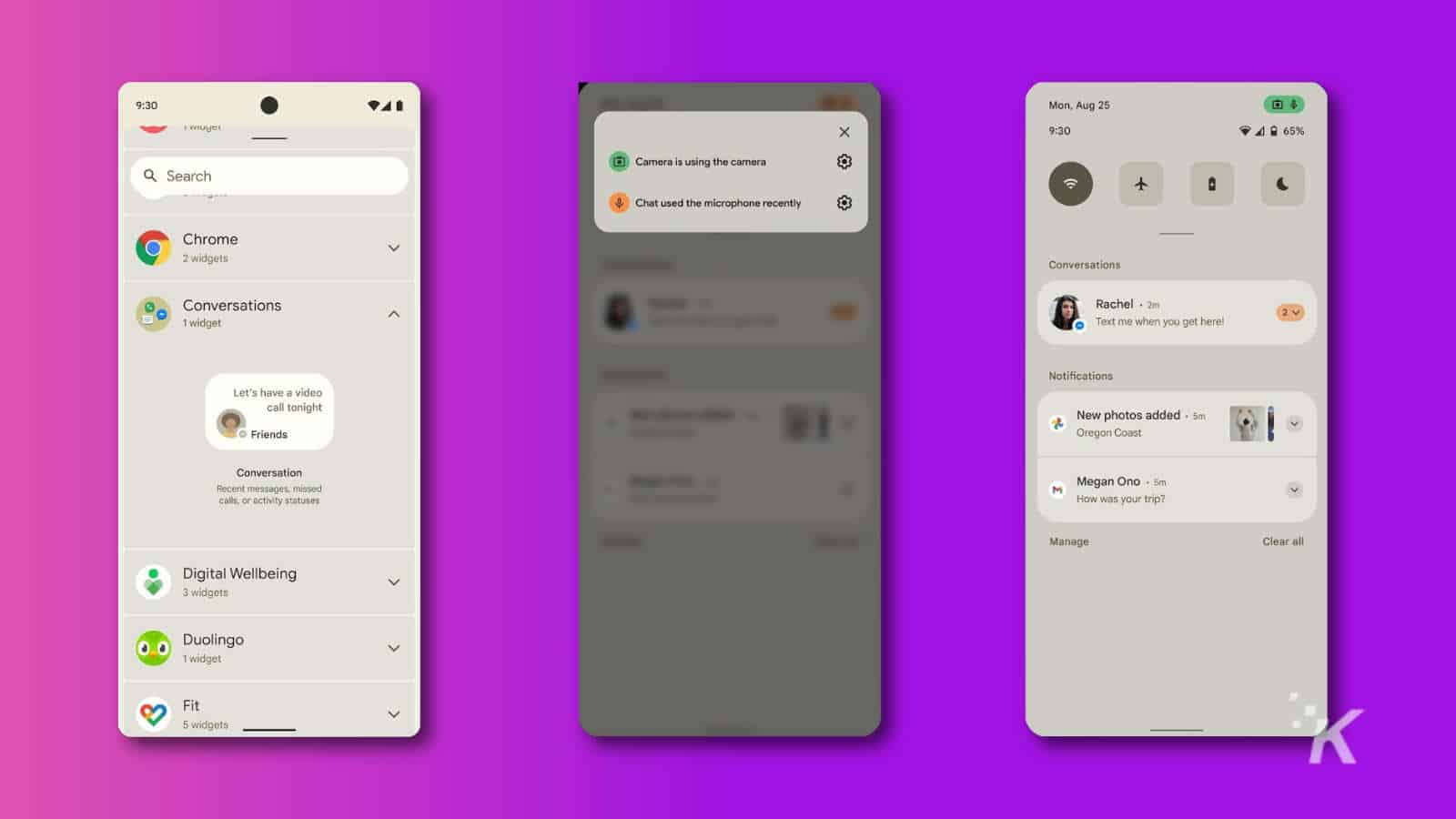 The yearly refresh of Android usually lands on handsets in the fall to coincide with the release of the next crop of Pixel devices. To make that timeline, early versions usually get to developers right about now, and the sleuths over at XDA Developers have found some early screenshots purporting to be of Android 12.

The screenshots show threaded notifications, with rounded corners that change to make the entire group seem more connected, on a background that’s no longer transparent. Only four Quick Settings tiles are in view, from six on Android 11. The clock has also changed position, but that could change depending on the manufacturer’s whims.

The most important detail on these screenshots isn’t the revamped UI. In the top right-hand corner there’s the presence of what looks like privacy indicators, showing a camera and microphone icons on a green background. Presumably, that background changes color if the app you’re using starts to access either the microphone or camera, in a similar way to iOS’ new privacy notifications.

Going further from that, tapping on the icon will show which of the two devices the app is using, or if it accessed either recently. It seems that you’ll be able to disable access to either the camera or microphone from that pop-up menu, a move that will likely win favor with privacy advocates.

Other snippets of information from the documents XDA Developers got hold of include a new Conversation widget, which will let you pin contacts to your home screen. Those pins will hold things like all of the conversations you’ve had, their name and status, and other information. Think of it as quicklinks to your favorite people.

Now, this all might change in the months before the public release, so don’t get too attached to any of these features. We’ll likely know more in the coming weeks as Google releases Developer Previews in the run-up to Google I/O, their yearly developer conference.