And the new Watch SE is 20 percent faster than its predecessor. 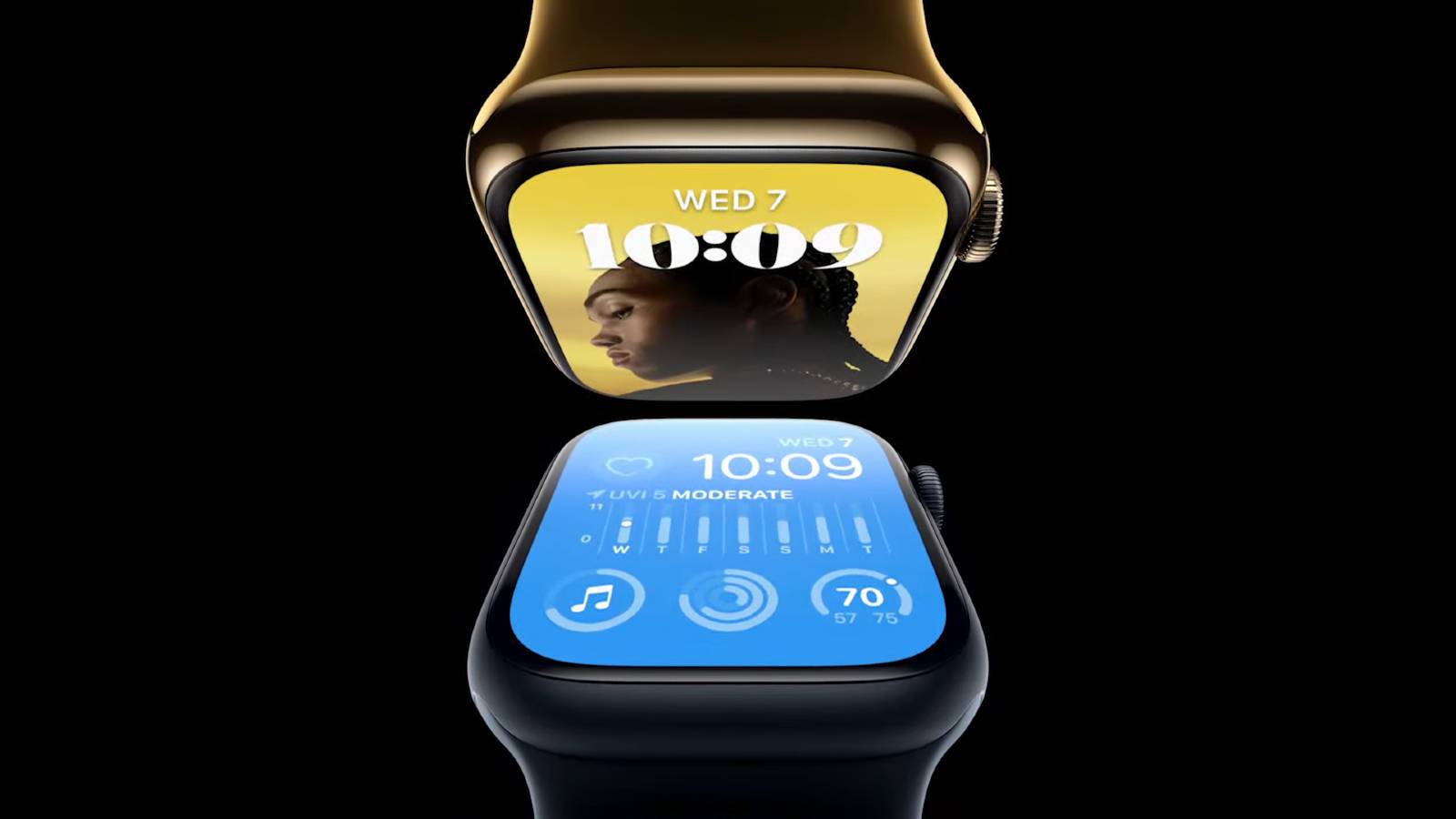 Apple’s Far Out reveal event is well underway with new iPhones, AirPods, and Apple Watch reveals expected. To kick off the event, we got a first look at the new Apple Watch Series 8.

The Apple Watch Series 8 introduces several new features that we were expecting to see. It features an all-day 18-hour battery life.

And you can get up to 36 hours of battery life with power-saving mode. Power-saving mode turns off some features, like auto workout and always-on display, while keeping others, like activity tracking and fall protection.

You can use that temperature information for cycle tracking for women and even give them estimates for when they last ovulated.

Additionally, all health-related information is encrypted on the Watch itself. You can choose what information you want to share and what you don’t.

The Apple Watch Series 8 follows the design of its predecessor, with 41 and 45mm options available.

They’re available for preorder today starting at $399 for GPS models and $499 for cellular models. Orders start today, and the Apple Watch Series 8 will be available on September 16.

Apple Watch Series 8 was just the beginning of Apple Watch news from the Far Out event. The company also introduced the newly upgraded Apple Watch SE.

The new Apple Watch SE features the same S8 chipset as the Apple Watch Series 8 with makes it 20 percent faster than its predecessor.

Apple designed the Apple Watch SE as a more affordable entry to the company’s smartwatch lineup. The price comes in at just $249 for the GPS version and $299 for an option with cellular connectivity.

You can order them today and they’ll be available on September 16.