Look at my quads, bro. 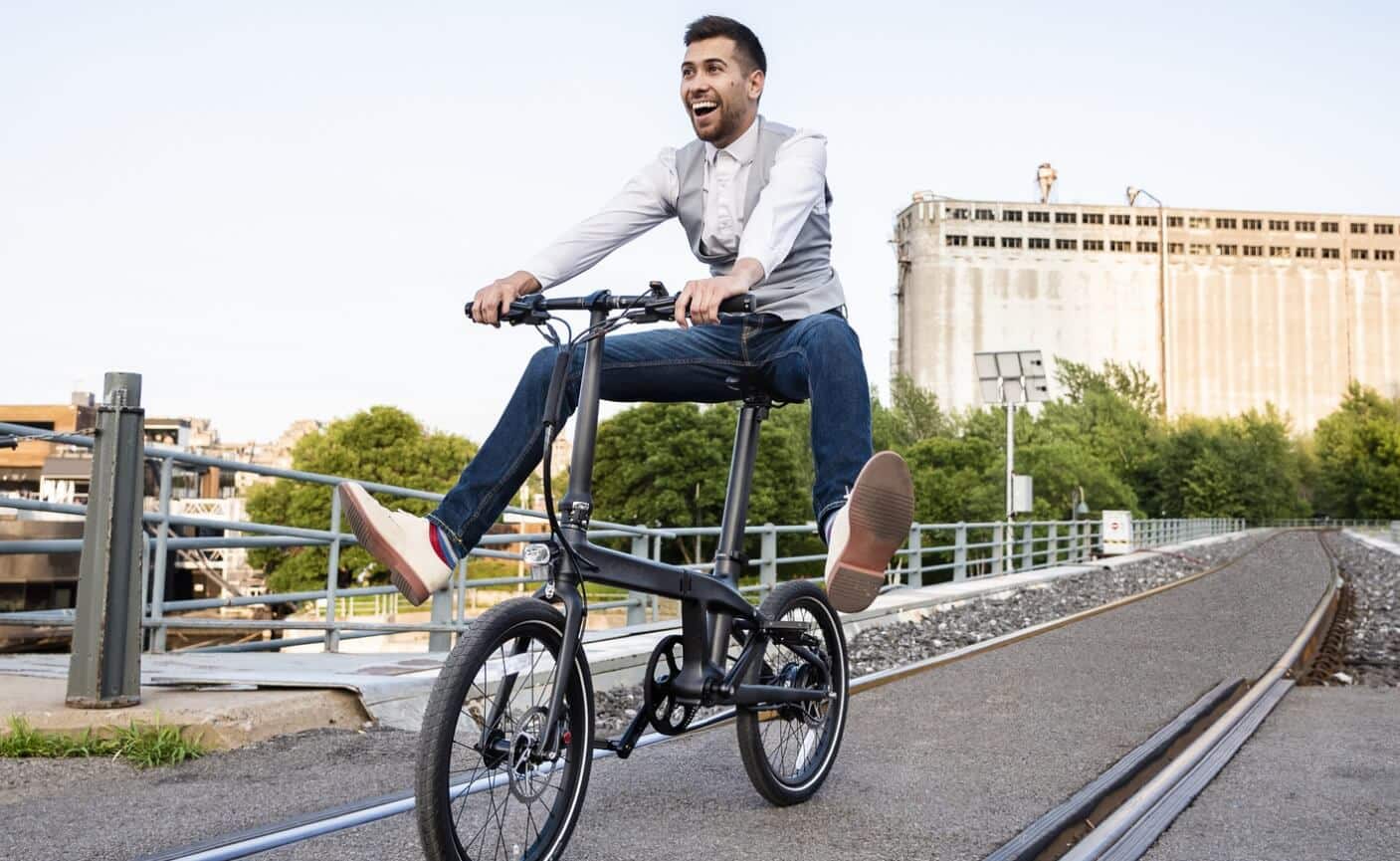 If there’s one thing that I always look forward to in this new age of technology, it’s things that are redefining things. Because really, nothing before this new thing made any sense, so that thing has to be redefined so that it makes sense for a little while – until it needs to be redefined again. Apple redefined the phone. Google redefined maps. Facebook redefined stalking. Carbo is redefining what a folding e-bike should be. Apparently.

While not actually in production yet, the bike is currently available for pre-sale on Indiegogo and has already surpassed $300k, which should be enough to get started. The 12.9kg (28lbs) electric bike comes in a couple different packages and trims; with a single speed chain, 7-speed derailleur or with a carbon belt.

The Indiegogo price changes accordingly, respectively $1099, $1199 and $1499, with the carbon belt version also having hydraulic brakes. After the Indiegogo campaign ends, the prices will rise considerably, but the construction of this thing will be worth it, if you can afford it.

More about the bike

As an avid biker, I’m not too keen on electric bikes, but with the influx in scooters littering the sidewalks, this seems like a better investment than scooting around like a fool on the sidewalk. If you are too lazy to pedal, the bike will mostly do it for you.

Plus, it’s much cooler than driving a moped in the bike lane and looks good with your bowler hat and tweed vest. The Carbo is fully adjustable to the rider, comes with a 250W 36V engine packed with a Samsung battery that will go up to 40 miles with pedal assist and 28 miles on full electric at top speeds of around 20 mph.

While being a poor, I question the affordability, but the Carbo is foldable, which would add to any cost, and it’s engineered from high-quality Japanese carbon fiber sheets. If you know anything about bikes, that’s about as good as you can get for sturdy, light framework. Not to mention that it is easily upgradable with plug and play replacement parts.

Carbo was a finalist at Startup Fest and featured in the World Summit of Sustainable Mobility. The only carbon emissions would come from the rider, who ate a pile of fish tacos and avocado toast before leaving work.

What do you think of the Carbo? Is this something you’d buy? Let us know below.