Lemme get a ride. 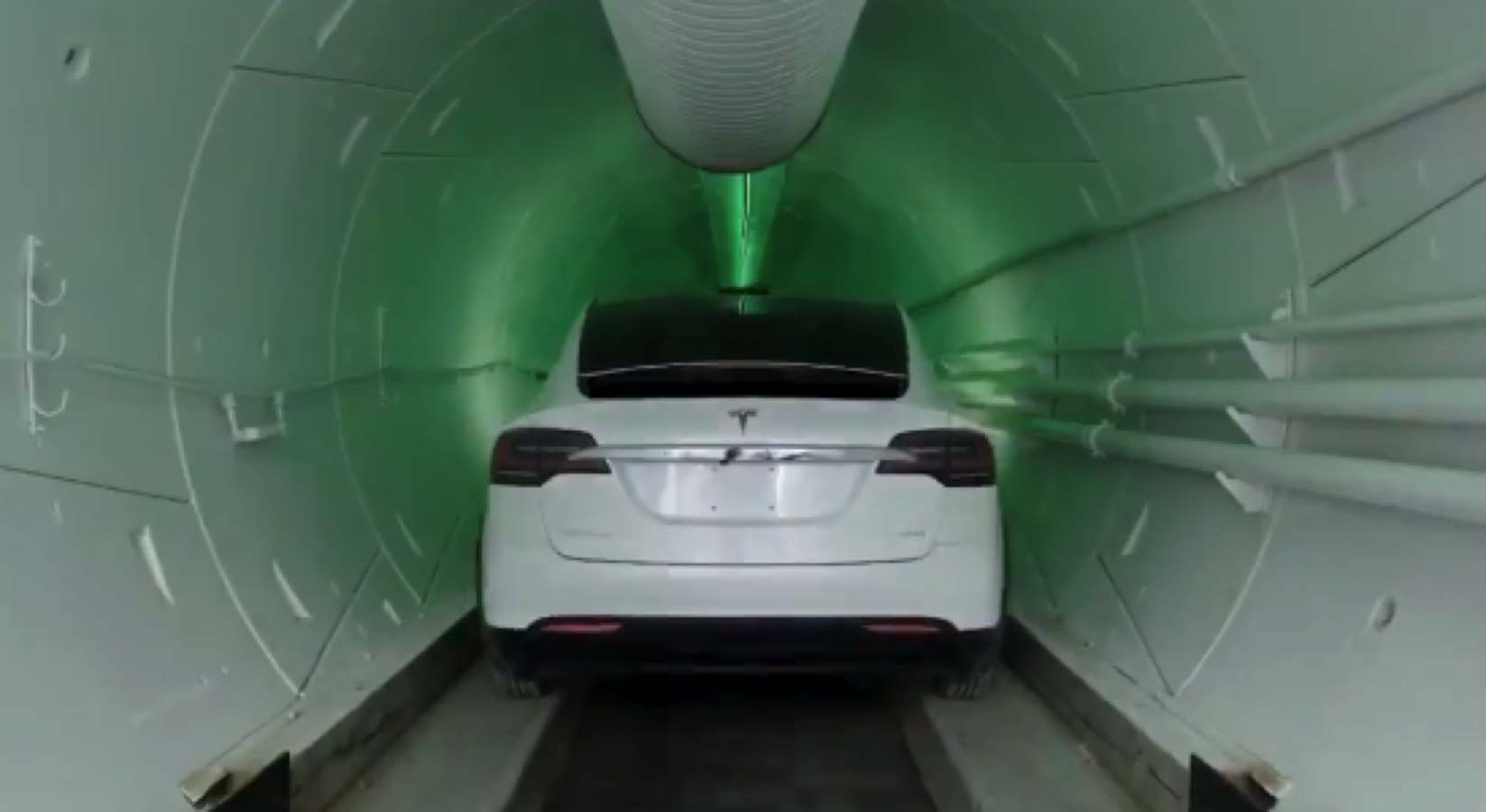 Good ole’ Elon Musk unveiled his new Boring Company to the world on Tuesday and it’s finally open for our viewing pleasure.

The Boring Company uploaded a video to Twitter showing a Tesla Model X being lowered underground into the tunnel and zipping its way through the neon-lit corridor.

Once the vehicle is lowered into place, the Model X attaches itself to the Boring Company’s tunnel rails and makes its way to the other side, eventually being lifted on an elevator back up to street’s surface.

During the tunnel’s opening, Musk gave a speech and told reporters that the company was able to transport the car through the tunnel at a maximum speed of 110 mph. He noted that the system is able to achieve speeds of over 150 mph, but said going that fast, as Musk notes, is “a little scary,” and ideally the system would be transporting folks at speeds of 40 to 50 mph.

Will there be more tunnels?

The tunnel runs the length of just over a mile from SpaceX’s headquarters in Los Angeles and is basically a pilot program for other tunneling projects in different cities, Los Angeles being one of them.

All I want to know: When do I get to take a ride in this thing?