Are entrepreneurs horrible daters? According to Amy, yup, they are. We should take her word for it. 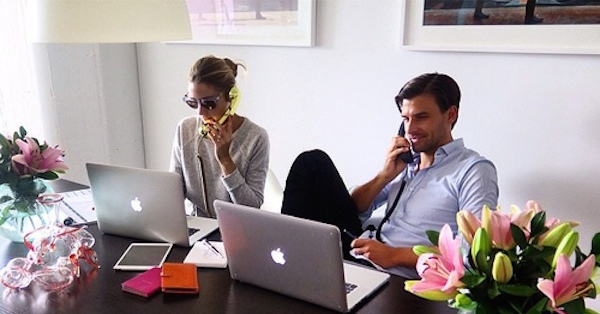 Starting your own company is no small task. I know because I am in the midst of launching my own company. As an entrepreneur, I live an exciting, fast-paced life that literally revolves around what my co-founder and I are working towards. Where I hang out; the gym I work out at; the space I work from; places I eat; things I buy, the people I spend time with have all been influenced by growing my business.

It is not a surprise that I have evolved from a start-up employee to a founder. Since I began working in the entrepreneurial space I have found that much of my life is surrounded by like-minded individuals. This is also true when it comes to dating. I’ve dated Founders, CEOs, CTOs and salesmen at bootstrapped start-ups, seed B start-ups, and the “they are talking about IPO’ing” not so start-up anymore start-ups. The plethora of information that has been willed to me over pillow talk could allow me to write a tell all book about start up culture in the Greater Boston Area. Whose funding who, whose stealth, whose getting fired from the board – all that stuff just graciously whispered in my ear along with sweet nothings. This isn’t a threat. I’m just stating facts.

You would think that dating another entrepreneur would potentially take me off the market? That another entrepreneur and I have so much in common. That if I can talk the talk with them then perhaps we can hold hands while we walk. There’s just one HUGE problem that has affected successfully dating entrepreneurs….

Guilty as charged. Because I certainly am not claiming to be an A+ expert on dating. I’ve been single for the greater part of six years and I am turning thirty in less than two months. But, I like to think that I’m not horrible at dating. I’ve dated, pretty consistently, over the years. I’d venture to think I’m a worse entrepreneur than I am dater.  Dating? How hard can it be? You meet someone, you are nice to them, you talk with them, you set aside time for them. You make them feel like you want to be around them. Simple. Right?

I’ve been thinking a lot lately on why we (entrepreneurs) as a collective whole are bad at dating. Is it because we are always in a constant state of transition? That we loose excitement for something when things become regimented? That we look at everything like it is a pitch, including ourselves?

“I teach yoga on the side, stay gluten free, make movies and have red-hair, Sharks, my name is Amy and I’m a thirty year-old, single media entrepreneur looking for a 50% stake in my life in exchange for a candlelight dinner, morning bedtime cuddles and hand holding.”

My latest rendezvous with an entrepreneur came to a halt the other day. The founder in question, a 31 year-old,  that grew his bootstrapped start-up into a funded company with two handfuls of employees. He and I had been casually seeing each other for a handful of weeks. There wasn’t a ton of commitment on either of our ends but he was easy to get along with and he understood some of the things I’ve been going through lately. He made reservations whenever we went to dinner and cuddle time came into play.

He sent me a text to ask for my email the other day adding that he had some news he wanted to share. I figured it may have been about a round of funding he told me he was in the process of raising.

When the email came through with the subject line read “FWD: Moving.” He added in a personal note staging the context of the email stating that it was too “formal” for me. He even sent me off with a smile face and a “cheers!” The body of the email, intended for his colleagues and contacts, spoke of how much he loved his time with his company and Boston but it was time to move on.

I appreciate being told of the move, don’t get me wrong. I once dated a guy who literally moved overnight and expected me to be aware of that fact from a Facebook post that he had written. This situation with the founder was more annoying given the fact that we were exchanging text messages just moments before he forwarded me his resignation letter. If I was deserving enough for you to pay for my meals, shouldn’t I have been deserving enough of at least texting me that information? I won’t even suggest that a face to face interaction would’ve been best here. Like I said. I appreciate he even told me, the bar is low.

The founder isn’t a bad guy. He was never a jerk to me. He is just a cliche of an entrepreneur, a.k.a. a “horrible dater.”

But do entrepreneurs have to be horrible daters? Do we really need to give into the cliche that entrepreneurs are self-centered individuals? That we don’t have time to date? That we don’t even have time in our calendars to properly tell someone that you’ve spent some time with that there is no future? Because the future that you envision involves wooing angel investors, cuddling up with your laptop at night and sharing pizza at hackathons. The future you envision is aligned with an elevator pitch and there is only so much you can include in thirty seconds.

Amy DePaola is a Boston based writer and filmmaker working towards her M.F.A. in Media Art at Emerson College, where she also teaches undergrad. Amy enjoys exploring how technology affects us socially and often writes about relationships both with tech and to tech. Amy is also the founder of the digital incubator for TV pilots @indieMEDIAry. Follow her at @TheeAmyDee.