Shooting in Rage 2 feels incredible and the controls are faster and more responsive. 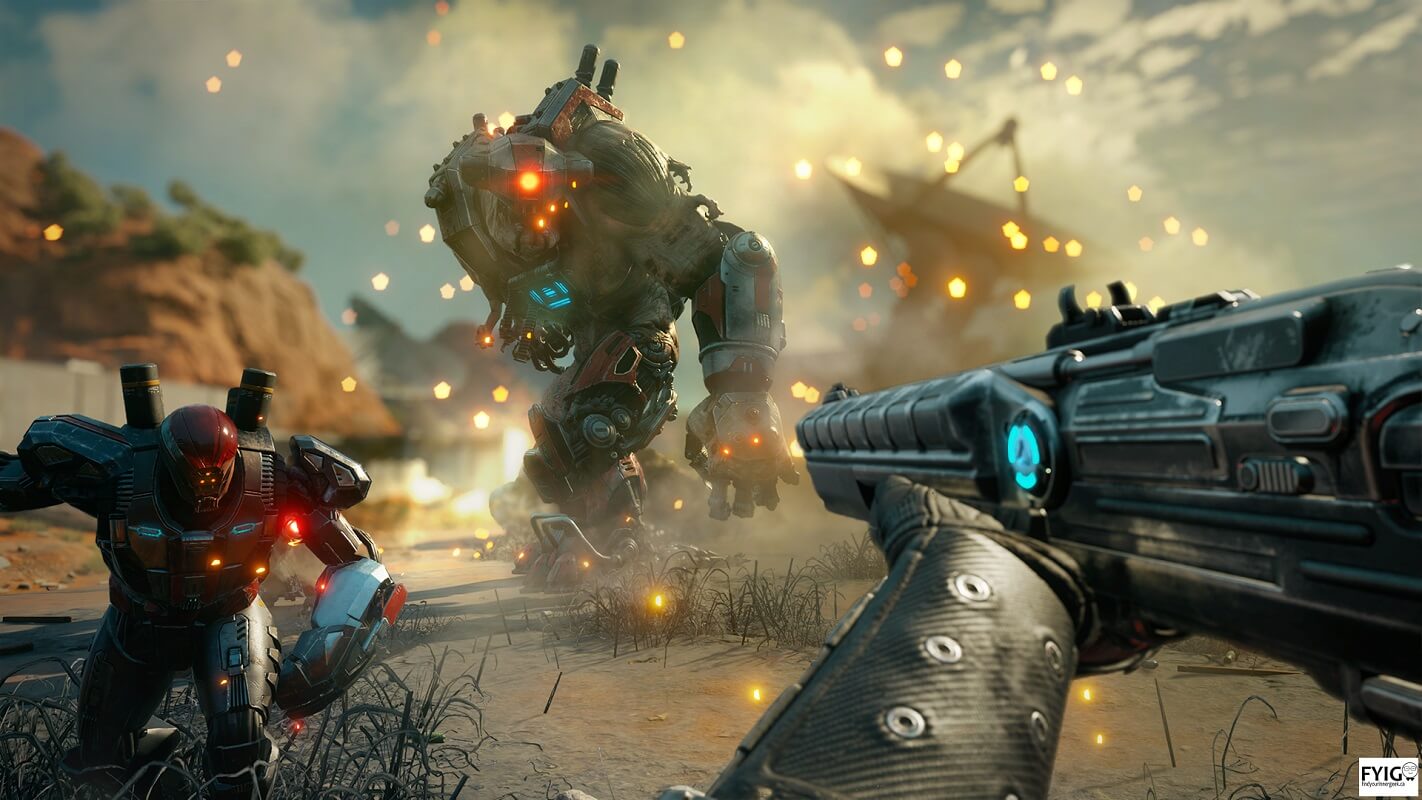 Rage was a bit of a Frankenstein game, it was a beautiful, fast-paced shooter from genre’s finest, id Software, but it was over-encumbered by visual bugs, pseudo-open world, and unnecessary racing mini-games. It was a great shooter, though, with guns packing a lot of weight and mutants that were fun to kill. And boomerangs, aka wingsticks. Sweet, deadly wingsticks.

Rage 2 doubles down on open world and vehicle gameplay promising a much more coherent, seamless experience. It’s being developed by Avalanche Studios, an open-world destruction expert (Just Cause series and a recent Mad Max game), in close cooperation with id Software. With all that in mind, it’s a bit weird that our Gamescom demo focused entirely on shooting.

Sure, if the developers wanted to address the concern of Avalanche lacking FPS experience, it worked. Shooting in Rage 2 feels incredible. The controls are faster and more responsive (our build was running on PC at 60FPS), enemies take damage in new ways – you’ll be chipping away their armor bits, and sending them flying with your superpowers (courtesy of “nano-trite” technology). There is a “force push” of sorts, a ground smash move, and an extremely useful “dash” power that makes you waltz around the battlefield, leaving the enemies dazzled.

To get the energy for your superpowers, you’ll need to keep the kill streak multiplier high – remember the thrills of scoring combos in games like Bulletstorm and The Club? Rage 2 is that kind of shooter. Once you accumulate enough kills, you can go into “overdrive” mode which cranks up your damage and movement speed to eleven, making you feel really good about yourself. Oh, and did we mentioned that the wingstick is back with a new lock-on mode?

So yes, if you enjoyed shooting in the original game, Rage 2 delivers that, and more. We didn’t get the chance to experience any actual driving or open-world aspects, but it was probably impossible to pack everything into a short 30-min Gamescom Demo.

Rage 2 is launching sometime in 2019, so there’s still time for Avalanche and id Software to flex their open-world vehicular gameplay muscles.

What do you think of the screenshots? Excited to play? Let us know in the comments below.