This game is not for everyone, unfortunately, if you are not into the fast-paced setting or you have slow reaction skills. 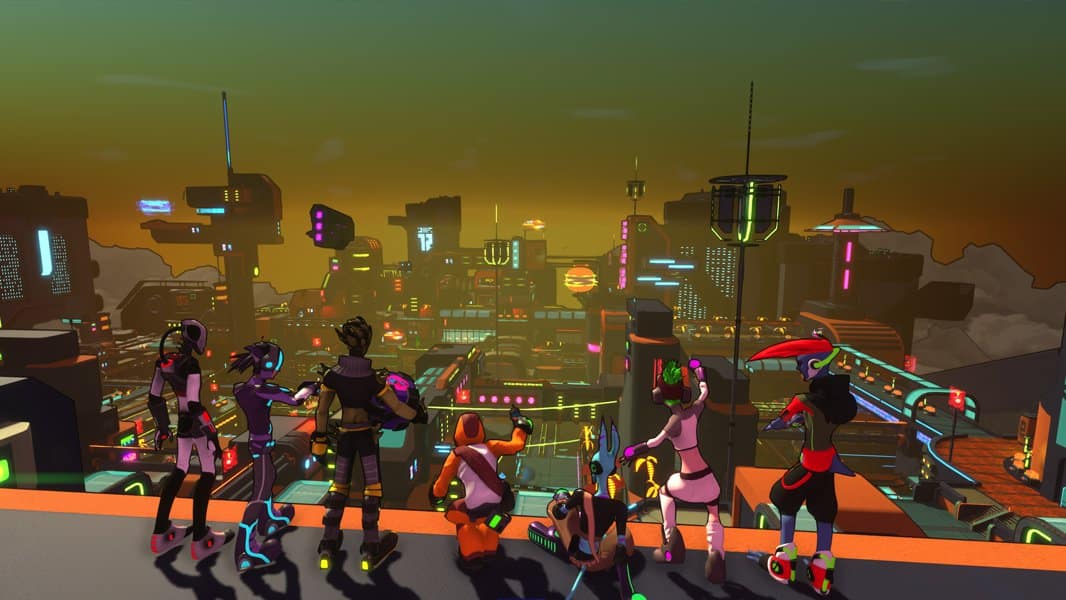 A fun trip down memory lane

Developed by French developer, Fusty Game, Hover: Revolt of Gamers is a parkour indie title that drew inspiration from EA’s Mirrors Edge and Sega’s Jet Set Radio series. Development for the game commenced in October 2013, and after a successful Kickstarter campaign, the game saw an Early Access release on Steam.

Having grown up playing Jet Set Radio on the Dreamcast as well as its original Xbox successor, Jet Set Radio Future, I finally have a video game that I can indulge myself with and satisfy my nostalgic cravings. But is this game worth your time and money? Without a doubt, yes it is. 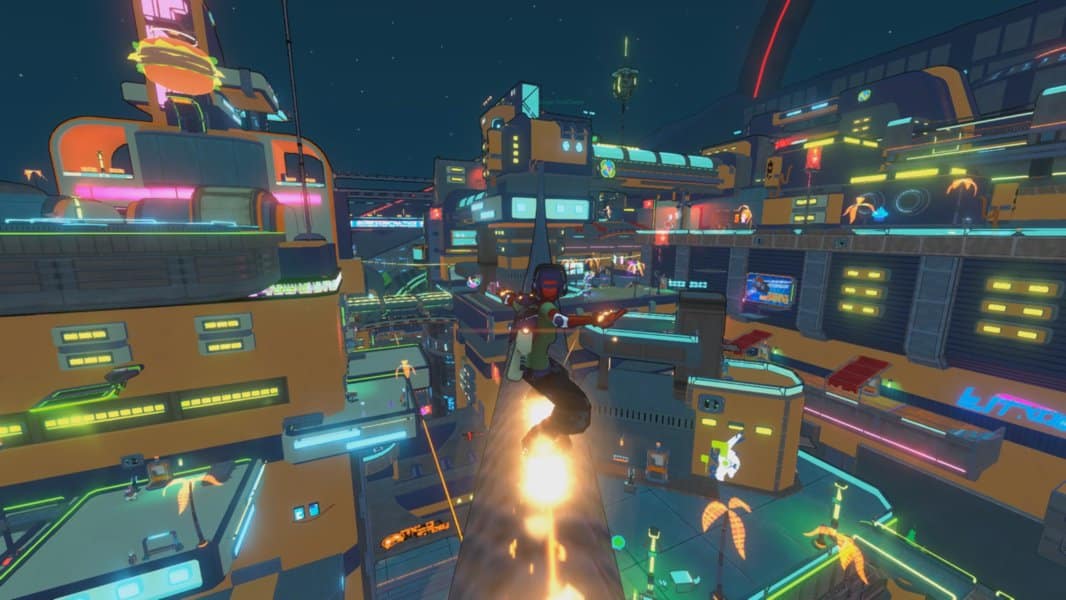 Hover: Revolt of Gamers takes place in high-tech Hover City, which is located on a distant planet. Hover City is currently under a totalitarian dictatorship control by the Great Admin. Players control a team called the ‘Gamers,’ a group of youths that are hellbent on oppressing the government and reclaiming their city. The Gamers are equipped with high-tech gears, which allow them to run at incredible speeds and make amazing jumps while causing chaos to the city.

Visually, it’s beautiful. The futuristic open-world setting is chock-full of vibrant colors, which is a nice change due to an overabundance of photorealistic games in the industry. With a mixture of modern technology, as well as a solid (yet subtle) touch of lates 90s and early 2000s, the aesthetics make for a perfect in-game setting.

Fans of Jet Set Radio will enjoy the soundtrack in this game, as well. Fusty Game did a phenomenal job with their selection of EDM and J-Pop, but credit also must be given to Hideki Naganuma who composed the music for the amazing soundtrack. There’s nothing like running through the city, jumping through walls and jamming out to the soundtrack. 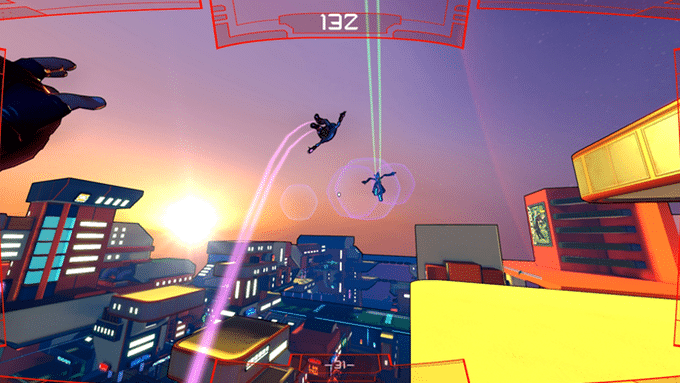 Aside from the single-player enjoyment, Hover also offers a robust multiplayer experience that is best played with your close friends, but you can also hop online and play with Hover players all around the world whether it’s co-op or playing against each other. If you grow tired of playing with others, get involved with the community, Fusty Games is kind enough to offer a plethora of tools for its players to create their missions, or their multiplayer games, similar to Halo‘s Forge mode.

This game is not for everyone, unfortunately, if you are not into the fast-paced setting or you have slow reaction skills. Though it is an easy game to get the hang of, it will take hours upon hours before you can master the game. Much like Jet Set Radio players can earn points by performing tricks, bottom line you are trying to go as high and as fast as you possibly can. While playing the game with a mouse and keyboard is not terrible, however, it is something I preferred, and if you have a controller to play this one, I would recommend using that instead.

Aside from roaming the city or doing the main missions. Hover also offers side quests. However, it is worth noting that the side quests are pointless and do not affect the main narrative. Additionally, there are racing missions which serve as a time trial mode, along with the game’s equivalent to basketball called “groundball.”

While there is plenty to do in the game, I could not help but feel slightly confined in the game. The game does not hold your hand, which can be annoying when trying to look for missions or finding items in the game. It doesn’t help the fact that objectives are a bit vague and hard to understand.

Overall, Hover: Revolt of Games is a great game. I don’t usually review early access titles, but I have a soft spot for games that take a tribute to cult classics, and I am glad that got to play this game. While it has some minor blemishes that make the game frustrating at times, I wish that Fusty Games took a look at more games from the late 90s and early 2000s in the sense of what made those games incredibly flawed because the things that Hover does right can be overlooked with the minor blemishes that hurt the game.

Hover: Revolt of Gamers will see an official release on May 31st on PC, Mac, and Linux. A PlayStation 4 and Xbox One port is set to launch sometime later this year.

Hover: Revolt of Gamers was provided for review by Midgar Studio