Maybe skip on the Call of Duty at first. 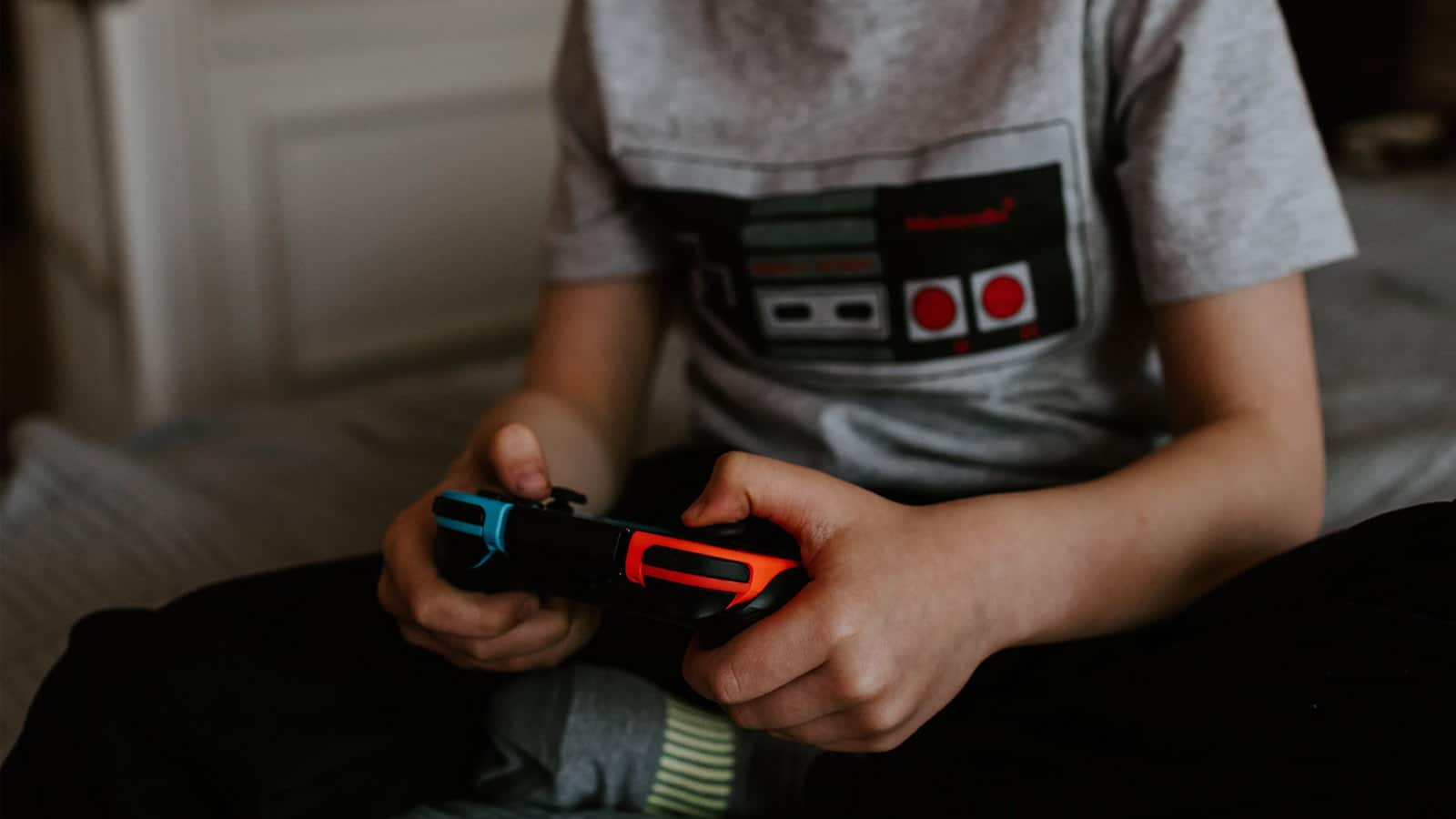 It’s safe to say that one of the best parts of being a parent is sharing interests and hobbies with your kids. My personal interest, and something I’ve started to introduce my spawn to, is gaming. My son had a slight mishap involving a PS4’s disc slot and some coins a few years ago, but now I’ve finally recovered from that, I’ve been looking for ways to get him involved.

Strapping him down and forcing him to play Donkey Kong Country until he can get 101% completion is frowned upon illegal, so I’ve had to get creative and find ways to capture his interest. If like me, you’re looking to introduce your children to gaming, the suggestions below might help you do just that.

One thing to note – I didn’t want to recommend anything that’s outright bad, so awful cash-grabs like Nickelodeon Kart Racers won’t be here. These are the genuine ways I’ve managed to show my kid the ropes of gaming.

Getting to grips with gaming 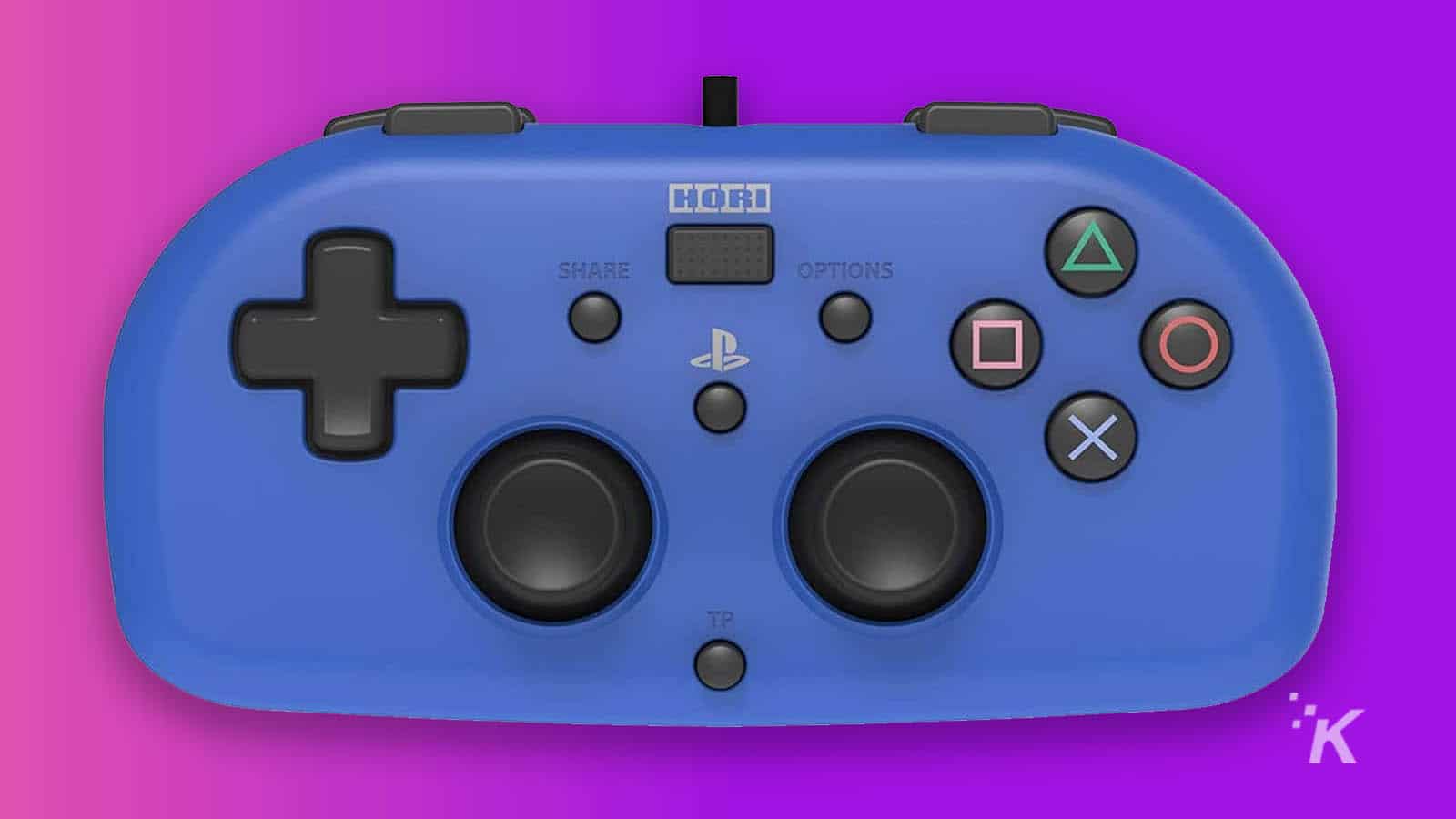 There are a couple of reasons for suggesting the adorable PlayStation 4 Mini Wired Gamepad by Hori. First off, have you ever seen how disgusting a child’s hands can be? It’s a painful sight to witness a child picking a controller up while covered in cupcake remnants. Also, their smaller hands can have trouble actually gripping the pad in the first place. This is where this compact controller comes in.

Not only does it keep your expensive official controllers safe from random filth and detritus, but its diminutive dimensions are incredibly easy to hold and can make gaming easier. Basically, kids aren’t going to have trouble reaching for the analog sticks, so it’ll reduce the chance of frustrations (and tantrums). This pad is wired, and while that might sound like a minor inconvenience at first, you’ll quickly realize it’s a godsend. There’s no way it can disappear to that alternate dimension all their belongings seem to end up in.

Taking this approach also avoids some of the pitfalls that can come with a Nintendo Switch. Because it’s wired, there’s no chance of them losing the pad, and you don’t have to worry about them cracking the expensive screen of a handheld/household console hybrid.

Some of today’s games can be ridiculously complicated, and it can leave youngsters feeling like they’ve been thrown into the deep end of a swimming pool before they know how to swim. The Paw Patrol games strip that feeling out and offer a fantastic introduction to anyone making the jump from simple phone apps to a real experience with the medium.

They’re both available on everything. Seriously. Everything. Switch, PC, PS4, Xbox One (and thanks to backward compatibility, also Xbox Series X and PlayStation 5). Just like real life, there’s no escaping these heroic/annoying pups and their authoritarian island. Most levels in the first game (On a Roll) are basic side-scrollers, while the sequel (Mighty Pups Save Adventure Bay) expands into small open areas.

Mini-games run throughout both titles, and there are pup treats to collect along the way, along with Golden Paw Prints, so they offer plenty of opportunities for little ones to perfect each level. If you’re concerned about nurturing your child’s sociopathic tendencies, you can put those fears to rest – neither title has any combat to speak of, and no real fail states. The sequel even has a co-op mode so you can enjoy the game with them!

Honestly, they’re not going to challenge for Mario’s gaming title any time soon, but younger players will definitely feel a sense of accomplishment as they progress. Just don’t blame me if the highly repetitive ear-worm-worthy music gets stuck in your head.

There’s tons to be said for playing games with your kids. While the Paw Patrol titles might introduce them to the simpler concepts of gaming, actually getting together and cooperating is not only fun, but it can be an awesome way to build memories.

Take the Overcooked series for example. Both titles have very simple controls and are built from the ground up with co-op play in mind.

You’re not going to be beating the later, more demanding levels of the game with a three-to-five-year-old in tow, but they’ll get plenty of gaming entertainment from chopping up ingredients. Just be prepared to take on the responsibilities of running around at top speed as you put everything in pots and pans, serving up food, and washing dirty dishes.

Just like the Paw Patrol games, Overcooked doesn’t have any inherent violence, unless you count the ability to mow down the Unbread (yes, that is an awful undead pun) with a bus in Overcooked 2.

So you’ve shown them the ropes on single-player games, and you’ve played together, what’s next? Well, taking gaming online, obviously. Surprisingly, the online world for kids isn’t just about Fortnite. There are plenty of titles they can play without ever touching the world-dominating shooter.

Fall Guys on PS4 and PC is a perfect introduction to competing online. Younger children will have fun with the outlandish costumes, hilarious animation, and getting knocked across the maps by giant fans, while the older ones can put their skills to the test and go for those elusive crowns. Like the other games mentioned up to now, there’s no overblown violence in Fall Guys, so you don’t have to worry about nurturing a future serial killer either.

If they’re adamant about trying out a shooter, you can’t go wrong with Splatoon 2. The Switch exclusive is an incredibly wholesome multiplayer gaming experience. Instead of assault rifles, shotguns, and boogie bombs, you’ll be battling with paint guns and transforming into a squid for fast traversal around each level. It’s suited to older, more experienced gamers, but it’s still bright and personality-filled enough for younger players to have fun with, too.

If you’re not entirely sure how to get your kids into gaming, these ideas might help you along the way. They’re not the be-all and end-all, and you might find different games work for you. I was going to suggest the Trials series, but I realized my crotch goblin just enjoys making the rider bail so he can laugh at the ragdoll physics.

Above all else (and here comes the cheesy part), gaming is an incredible way to bond with your children. While these games might not be for you, you’ll get tons of pride seeing their skills improve as they learn how to play.

What do you think? How do you game with your children? Let us know down below in the comments or carry the discussion over to our Twitter or Facebook.