HTC put out a diss track bashing Apple and Samsung

Want to see a sorry marketing attempt? Look no further, the team at HTC put out a diss track bashing Samsung and Apple. 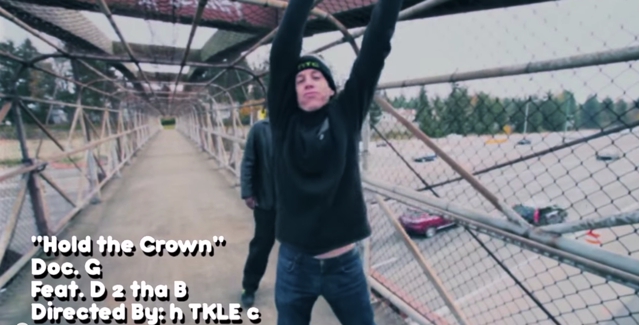 In the lamest marketing stunt ever known to man, HTC dropped the boom by releasing its own hip hop music video. This isn’t just any music video; it’s a straight up assault against Samsung and Apple.

The rapper you’re seeing in the video is Greg Carr (aka “Doc G”) of the music group P.M. Dawn. The idiot who’s not rapping and acting as the obligatory hype-man is David Bruce, HTC’s senior marketing manager. He’s probably the one who came up with the foolish idea in the first place.

In the video, “Doc G” slams Apple by calling out the company on their slow processor. Samsung doesn’t get it any easier, the rapper goes onto to say that it took Samsung 6 tries to get a phone right, in true diss track fashion.

Either way, it’s a feeble marketing stunt that’s probably going to bite HTC right back in the ass. In the end, we’re gifted with this cringeworthy video.

Check out the rest of the lyrics below:

Y’all can’t be serious man.
Y’all trying to bite us?
You know what I’m saying?
It took y’all six years to get what we got in two years!

You don’t know who we be?
We’re HTC and we’re about to say it loud!
HTC we hold the crown!
Word to Peter Chou!

Tried to bite our frame, but you’ll never steal or take away our name, baby,
look here, and listen.

You’re smartphone scared,
Don’t want to clash with a Titan,
They saw that M8 debut,
They became enlightened.
Where I’m from, you don’t ever get respect for biting.
HTC One M8 is the best,
You are all invited.

Your phone was all glass,
Why you change your tune now?
Your chip is slower,
Plus you’ll never touch our BoomSound.
More than a few clowns stole what we originated,
We own the universe, your Galaxy is overrated.
It took you copycats six times to get it right,
My One M8 is far too great, you’ll never touch its light

Gorilla Glass 3, Duo Sensor, dual speakers,
HTC is MVP your smartphone’s on the bleachers,
Internal battery strong,
But if my power’s low,
I stay alive with Extreme Power Saving Mode,

Make like them nerdy bloggers
Put it in your pocket now,
HTC cannot be beat,
Help me say it now!

HTC, HTC,
I say it loud,
HTC, HTC,
You know that we hold the crown,

Yeah, HTC,
The greatest smartphone ever created baby,
One M8,
Far too great for y’all competition,
So stop, look and listen,
I say it loud,
We hold the crown,
My word to Peter Chou.