The running theme for Intel through the announcements at Computex 2018 is that PCs are overwhelmingly the platform for creation and productivity. 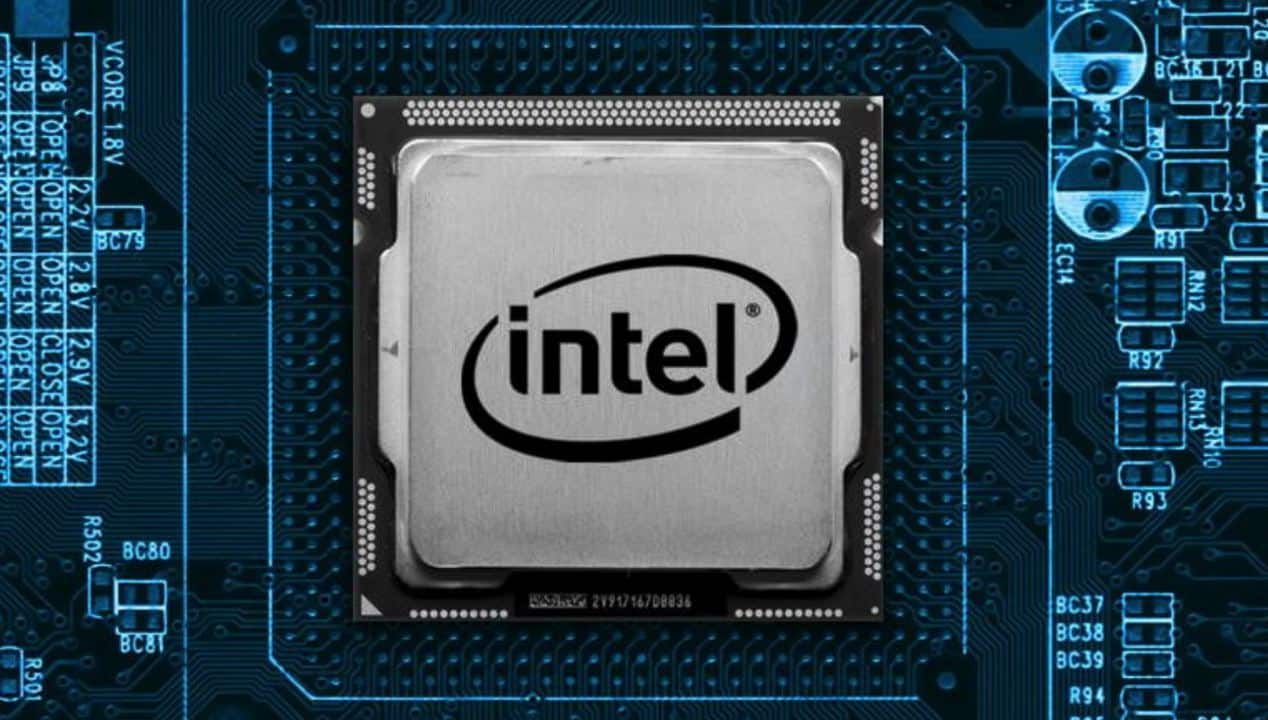 Intel started off the Computex 2018 trade show in Taiwan with an expansive keynote from Gregory Bryant, senior vice president and general manager of the Client Computing Group, outlining their vision of computing to come. This keynote covered faster processors, prototype PCs, and a new design for low-power laptop displays that promises to increase battery life.

The running theme through the varied announcements is that PCs, especially laptops, are overwhelmingly the platform for creation and productivity. As Bryant says, “When people really need to get things done, over 80 percent turn to their PC.”

Intel partnered up with Asus to present Project Precog, a dual-screen device with a full set of intelligence features, as well as an Intel Movidius Visual Processing Unit (VPU) equipped Zenbook development platform. This dev kit will enable developers to enhance their own apps’ Machine Learning capabilities with the low-power VPU. 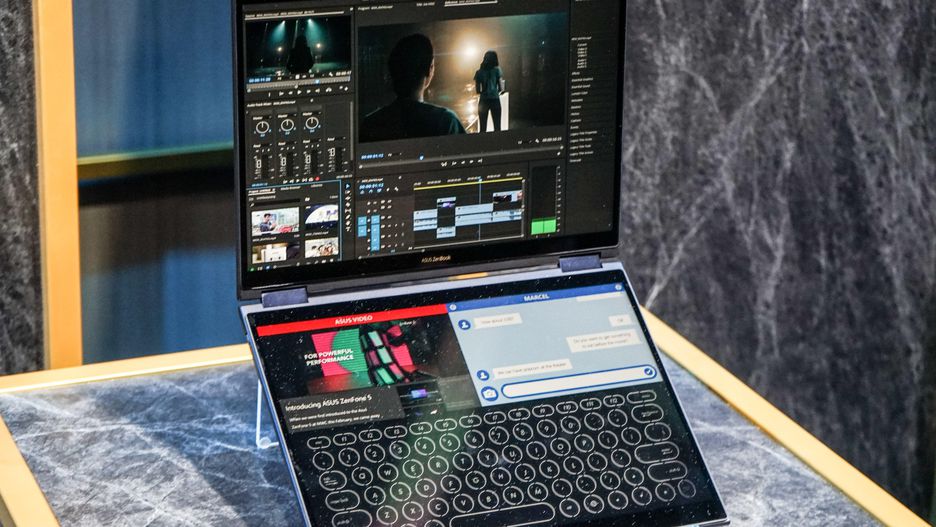 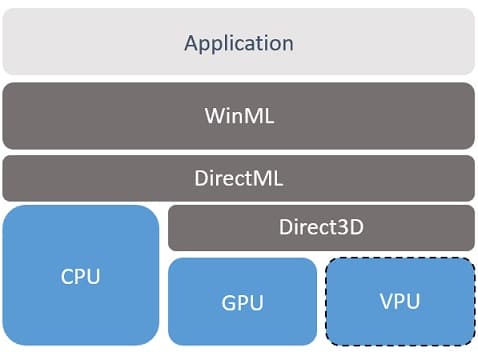 This toolkit takes advantage of Intel’s CPUs, GPUs, and the Movidius VPU to enhance their applications with AI capabilities.

Monster 28-core CPU running at 5GHz on all cores 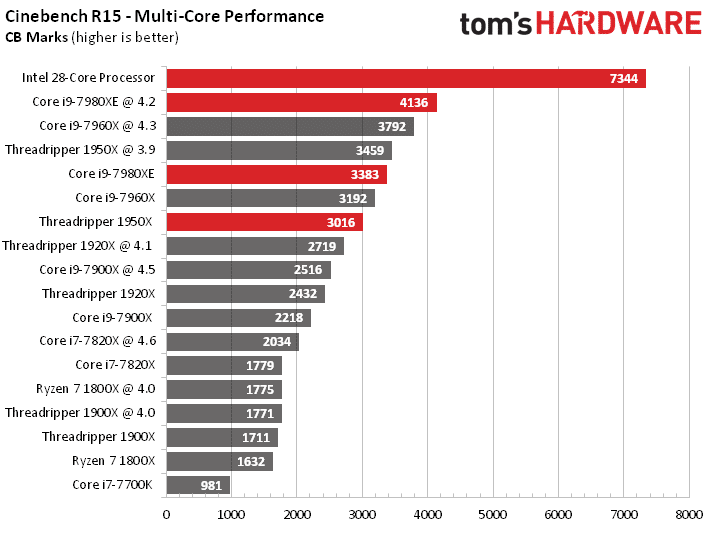 Well, this came out of the blue – literally. I thought maybe we’d see just the 40th Anniversary 8086k announced during Intel’s keynote, but nothing like this. The 28-core workstation-class processor running at 5GHz really blew us away, with a Cinebench score that was almost off the charts.

We do not yet know what the TDP of the monster chip is, but we’ve heard figures of 800W for the 18-core model using LN2 cooling, so it’s anyone’s guess. Whatever the final specs, it feels like the CPU market is exciting again and this is just one of the many chips causing that. 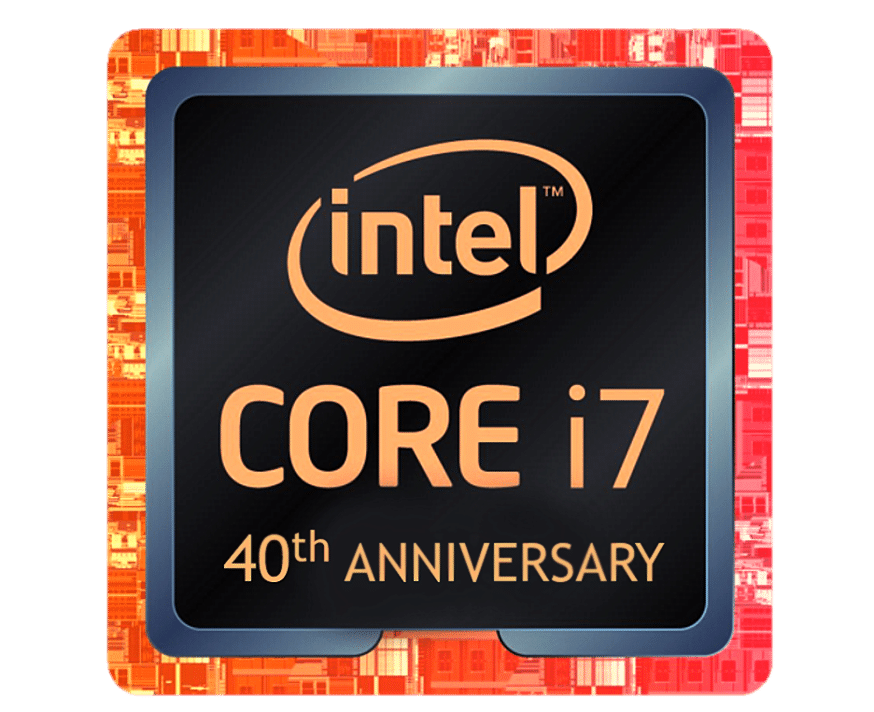 Intel confirmed the leaks from last week over this chip, the Core i7-8086K, which will feature a 5.0GHz turbo frequency – the highest of any of Intel’s modern cpus. This is being released in limited quantities (we’ve heard 50,000 rumored) as a commemorative chip for the 40th anniversary of the 8086 which was the first x86 processor on June 8, 1978.

Intel also announced that it will give away 8,086 of the processors in through a sweepstake, which can be entered here. 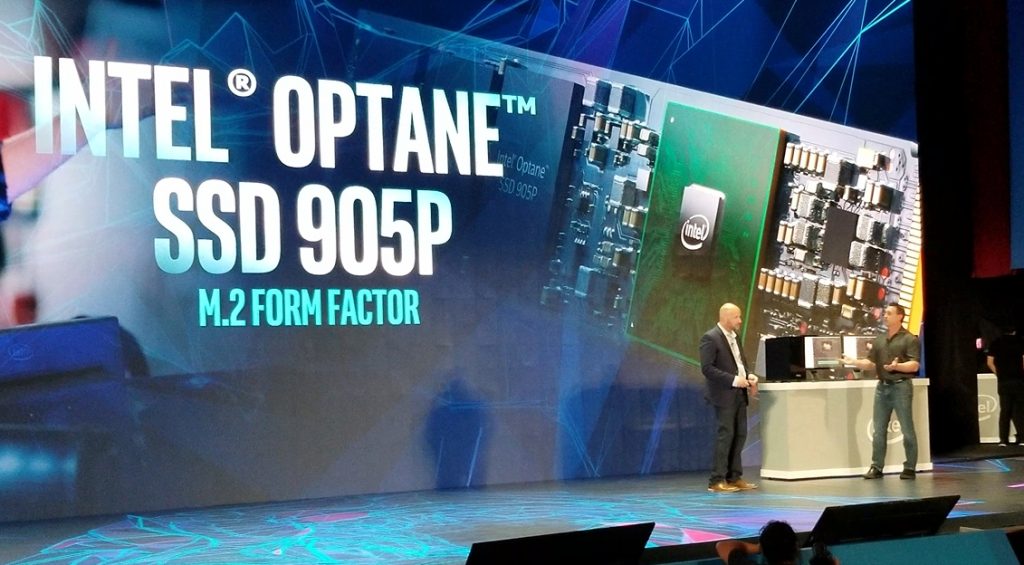 Intel also demonstrated a 380GB Optane drive in the m.2 form factor. They demoed it with two systems in a head-to-head both encoding the same video. One system had the Optane SSD 905P, while the other had Intel’s flagship flash-based SSD, the 760p.

The Optane system was able to feed the CPU data fast enough to utilize 82% of the chip, while the 760p only managed 13%. Clearly, Optane goes a long way towards reducing bottlenecks in the system.

Have you been keeping up with Computex 2018? Anything from Intel especially exciting to you? Let us know in the comments.