Are we sending teenage robots into space? 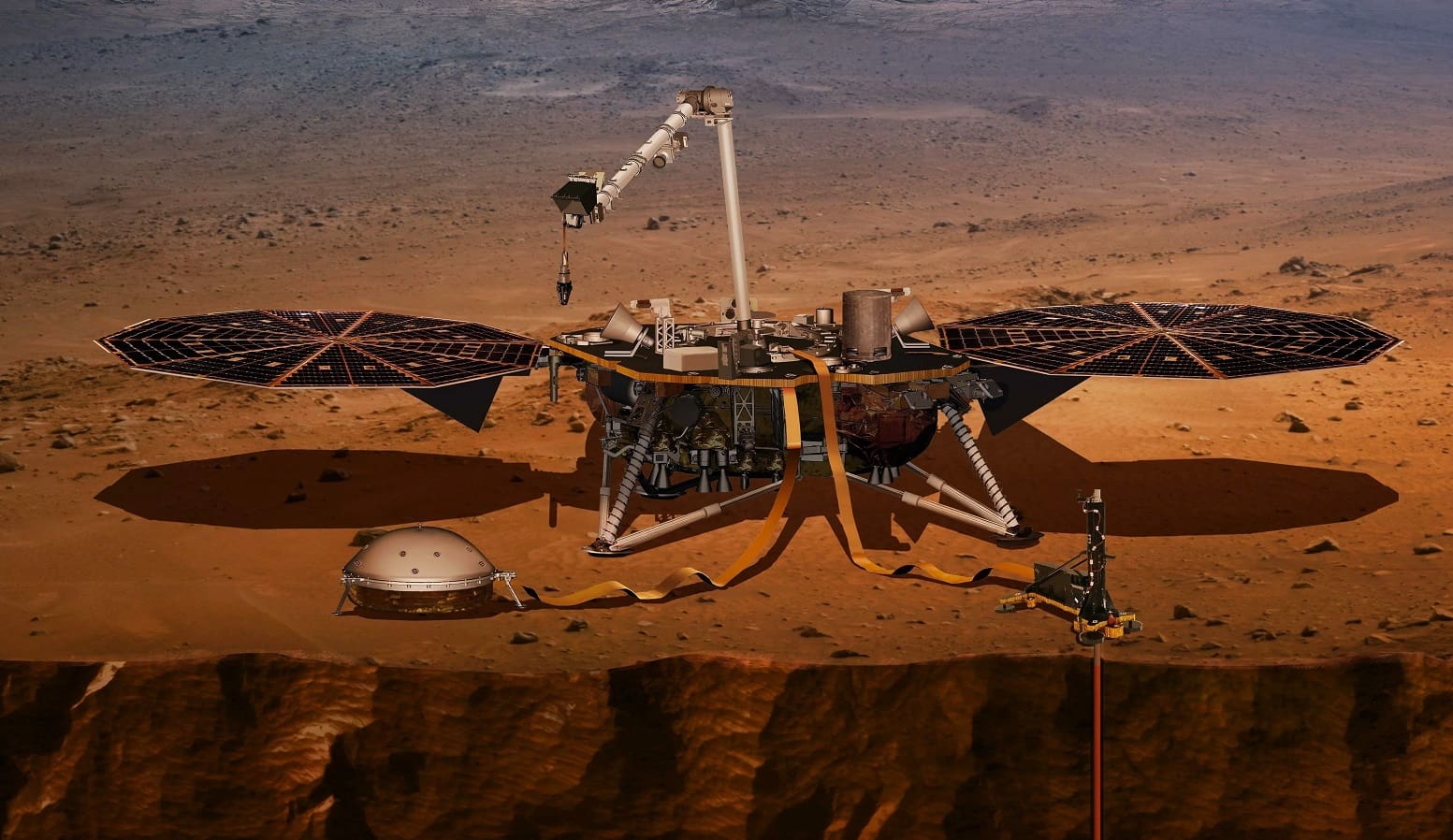 While most of you were undoubtedly catching some last-minute Cyber Monday deals, the InSight Mars Lander was hurtling towards Mars’ surface at 12,300 MPH. The fact the robotic science platform landed safely and sent back some holiday snaps to prove it is a real testament to what our engineers can achieve.

The first images sent back were of its fairly boring surroundings, the area known as Elysium Planitia. No tropical beach this, but it’s perfect for the drilling and seismic activity work that InSight was designed for.

Give it a go

Taken with the dully named Instrument Context Camera, the Red Planet seems more brown on the surface. This is now the eighth time that we’ve landed successfully on Mars. If you’d like to have a go at landing it yourself, try out the game I found on Wired below. It’s deceptively simple, and I haven’t managed it successfully yet.

Now that the hard part of decelerating from interplanetary velocity and sticking the landing is over, InSight can get on with the job of setting itself up and running self-diagnostics to ensure nothing was damaged during the trip.

All good news on that front so far, the partial selfie relayed back via NASA’s Odyssey spacecraft that’s orbiting Mars showed that the Lander is intact and ready to roll. Well, not roll as it’ll be stationary and drilling but you get the idea. Shown in that image were the large mobile arm folded up on the top of the lander, and a big copper dome covering some other components.

Telemetry data sent back at around the same time showed that InSight had unfolded its solar panels and was collecting power. That’s crucial to the lander so I bet there was a collective sigh of relief in NASA’s mission control when that happened.

InSight will now begin its mission, collecting data from deep inside the planet. This is hoped to give us insight into both the planet’s origins and our solar system.

Images and data are already coming in

And the first good news arrived shortly after landing, relayed via NASA’s Odyssey spacecraft in orbit: a partial selfie showing that it was intact and ready to roll. The image shows, among other things, the large mobile arm folded up on top of the lander, and a big copper dome covering some other components.

Telemetry data sent around the same time show that InSight has also successfully deployed its solar panels and its collecting power with which to continue operating. These fragile fans are crucial to the lander, of course, and it’s a great relief to hear they’re working properly.

These are just the first of many images the lander will send, though unlike Curiosity and the other rovers, it won’t be traveling around taking snapshots of everything it sees. Its data will be collected from deep inside the planet, offering us insight into the planet’s — and our solar system’s origins.

What do you think? Should Elon join InSight on Mars? Let us know down below in the comments or carry the discussion over to our Twitter or Facebook.