Nintendo just made a big announcement and that is the New 2DS XL!

Of course, this means that the New 2DS XL will be able to play New 3DS XL exclusive games, which essentially is Xenoblade Chronicles currently. Will this mean there will be more New 3DS games? One can only hope. 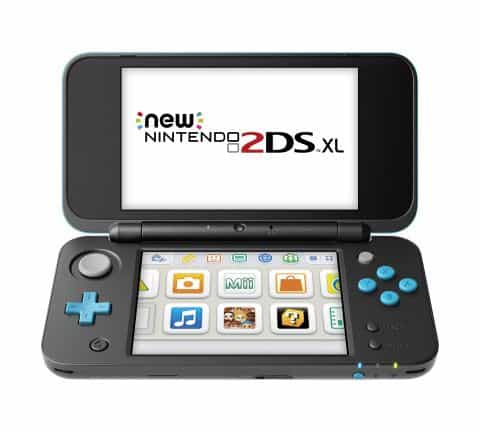 Of course, the New 2DS XL supports 2D only, but let’s be real honest, who actually uses 3D on their DS these days? Heck, I accidentally glued my son’s 3DS switch to off when repairing it one day. Either way, the system looks rugged, the screen is the same size and the Amiibo support is baked right into the system. It may not be the Switch, but this goes to show us that Nintendo does still have some plans for their handheld console for the future. Now, we wait for all those super-cool colors and limited releases that will make anyone that bought the launch color kick themselves. I know you’ve been there before.

The system will be fully compatible with every current 3DS game on the market, it doesn’t appear to boast the cameras of the original system, instead, they are on the bottom, but that technology wasn’t being used anyhow. I mean, it worked with the AR games and the near but brief AR moments of Bravely Default and Bravely Second but they were hardly worth noting. Honestly, at $149.99 this is an improvement in both price and design.