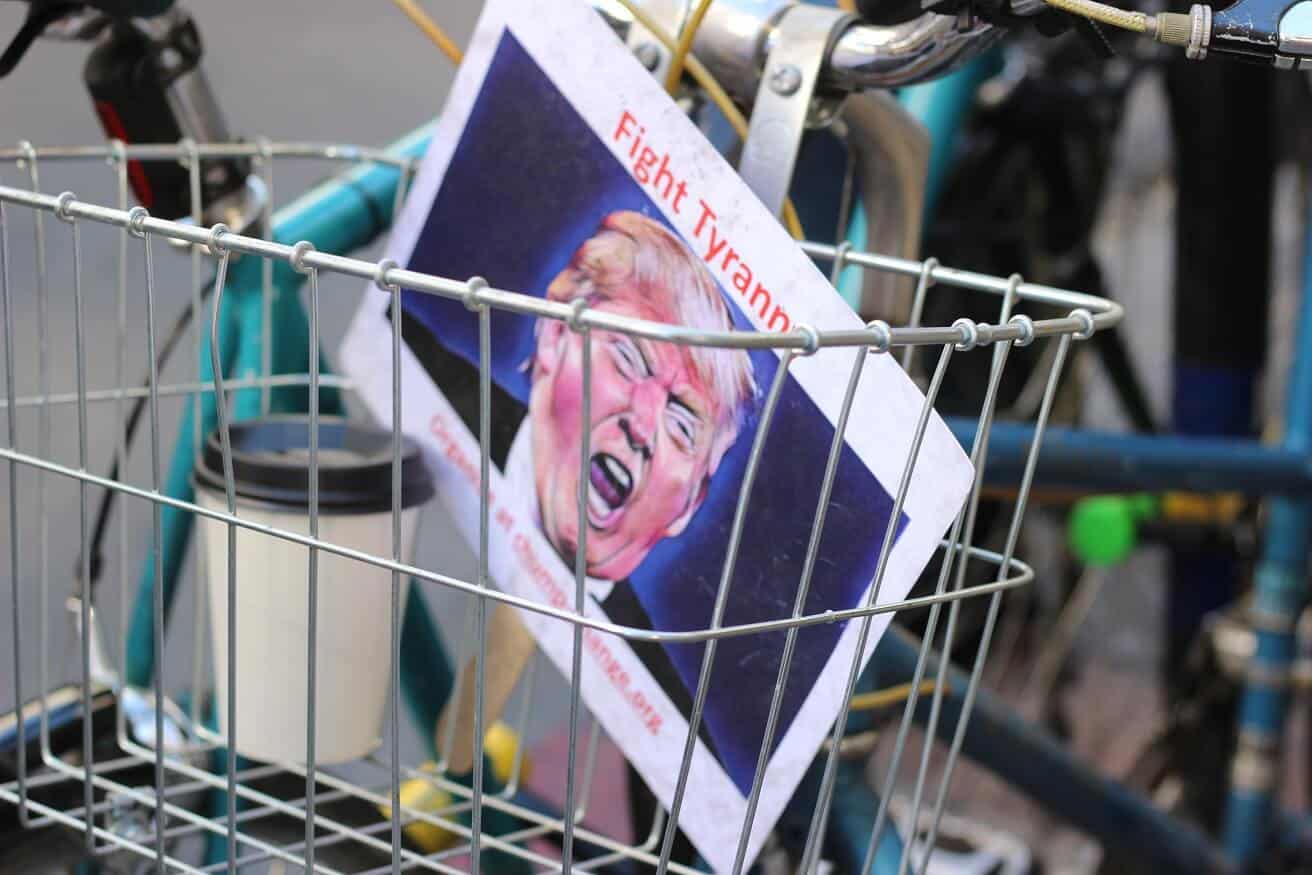 It’s a strange world we are living in when the President of the United States of America is giving very public, lukewarm hand-jobs to dictators and communist leaders. Take for instance the case of Chinese telecom company ZTE. ZTE is in trouble with the US Department of Commerce, which banned exports to the company for seven years after it bonked on a plea agreement after breaking sanctions against Iran and North Korea.

ZTE has been trying to sweet talk the US into lifting the ban.

So then the wannabe-dictator President tweeted the following:

Let’s unpack all this. If ZTE was a US company, this would make sense as our government tends to favor bailing out large corporations that fail on their own. However, this is not a US company, it is a Chinese company. One that deals with Iran and North Korea, historically two countries that tend to be pains in the asses of the international community. But like a sexual education scare video from the 1970s, Trump pulled out of the Iran deal.

The US Department of Defense doesn’t want to do business with ZTE or Huawei, blocking both from selling on US military bases. UK Cybersecurity watchdog National Cyber Security Centre issued a warning against using ZTE.

Even FCC chairman Ajit Pai (in a moment of clarity during his campaign to end net neutrality) confirmed a proposal to get US carriers and wireless companies to cease doing business with ZTE. Confirmed sycophant Marco Rubio has even pushed back on this ZTE fuckery saying, “Problem with ZTE isn’t jobs & trade, it’s national security & espionage”.

The consensus is that ZTE is a crap shack and you shouldn’t order the shrimp. It’s warm and has been sitting in the sun for hours. Yet, there’s Trump, at the table by the bathroom, slopping warm, slimy shrimp into his mouth like a rat with a chunk of fetid cheese.

So what’s the deal with President fucknuts and publicly trying to save a Chinese company that deals with Iran and North Korea from failure? Is it really about jobs, jobs, jobs or is it about his narcissistic need to be accepted into the exclusive world dictator club? It’s the latter.

In a world that rides on the back of capitalism like a blind donkey on the edge of a cliff, trying to save ZTE is a clear political move intended to somehow build a bridge over that cliff, when you were the one who destroyed that bridge. Trump, in true Trump fashion, is too stupid to realize the error of his ways and somehow thinks supporting a foreign company that has reached a point of failure on its own will satiate China.

Trump most likely doesn’t even know what ZTE is or what the company does. The only thing he knows is that he fucked up and needs to slobber hard on Chinese President Xi Jinping’s sack before we do end up in an actual trade war with China. Trump probably sees this as diplomacy, not realizing that his blind support of ZTE is a weak display of flaccid, submissive power and only furthers the United States’ demise as a world leader.